What About Our Jobs? Mr. Trump

Washington –  When President Trump flew to Wisconsin recently to tout his “Buy American, Hire American” mantra, he was greeted by one worker carrying a sign that betrayed frustration among his political base: “Wall Street Got Theirs. Where’s MY infrastructure JOB?”

A surprising answer came this week from Infosys, an Indian outsourcing firm that was among those that Candidate Donald Trump accused of “job theft” for taking good knowledge economy jobs away from American college graduates by putting low-cost Indian engineers, software programmers and accountants into U.S. high tech firms and banks. Evidently trying to head off retribution from President Trump, Infosys promised to hire up to 10,000 Americans in the coming years.

The Indian gambit bore echoes of Trump’s jawboning the CEOs at Carrier air conditioning and Ford Motor Company last November into promising to keep some jobs in America instead of moving them to Mexico. Trump got massive media coverage for saving about 1,500-2,000 jobs, though that did not stem the outflow of other jobs and it was a mere fraction of the five million American manufacturing jobs that economists reckon were moved overseas by U.S. multinationals since the 1990s. 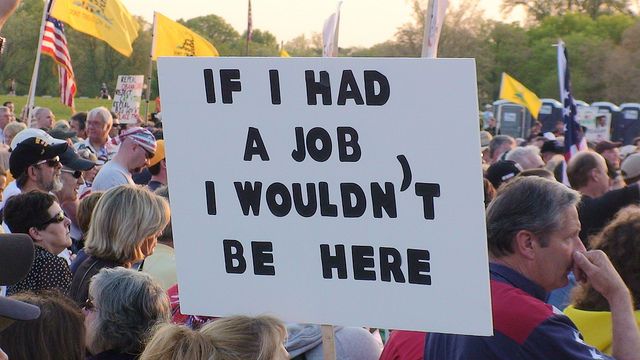 Since November, Trump has not done much for his middle and working class voters. After running as a political rebel with an anti-establishment, blue-collar populist pitch, he has packed his cabinet with billionaires, invited CEOs to tell him which government regulations they wanted killed, and floated a tax scheme offering a financial bonanza for himself and the super-rich.

And where he has put down policy markers, as in his proposed 2018 budget, he has slashed safety net programs that keep 12 million working class Americans out of poverty and cut funding for the Labor Department that enforces worker safety rules and protects overtime and retirement benefits. His job-creating infrastructure plan has been put on the back burner.

But Trump is right in calling for smarter rules and tighter enforcement of the H-1B visa program that has enabled some 500,000 foreign workers, mostly from India, to fill hot knowledge economy jobs where American college graduates could be earning good pay.

Since the 1990s, tech giants like Google, Intel, Oracle, Cisco, Microsoft, Facebook and  multinationals like Pfizer and Disney have used H-1B visas to bring in foreign computer programmers, engineers, systems analysts, and back office accountants. Major U.S. companies have fired hundreds of their experienced American employees and forced them to train their foreign replacements.

“It’s a disaster,” Candidate Trump thundered. “It legalizes job theft. It gives companies the legal right to pass over Americans, displace Americans, or directly replace Americans for good-paying middle class jobs. More than 80 percent of these H-1Bs (foreign workers) are paid less than the average wage.”

Legendary free-market economist Milton Friedman castigated the H-1B program as an unjustified “subsidy” to Corporate America by “enabling them (employers) to get workers at a lower wage.” How? Because the program sets so-called “local prevailing” wage levels for foreigners well below average U.S. wages for similar skills, allowing U.S. companies to legally hire foreigners at below-market wages. 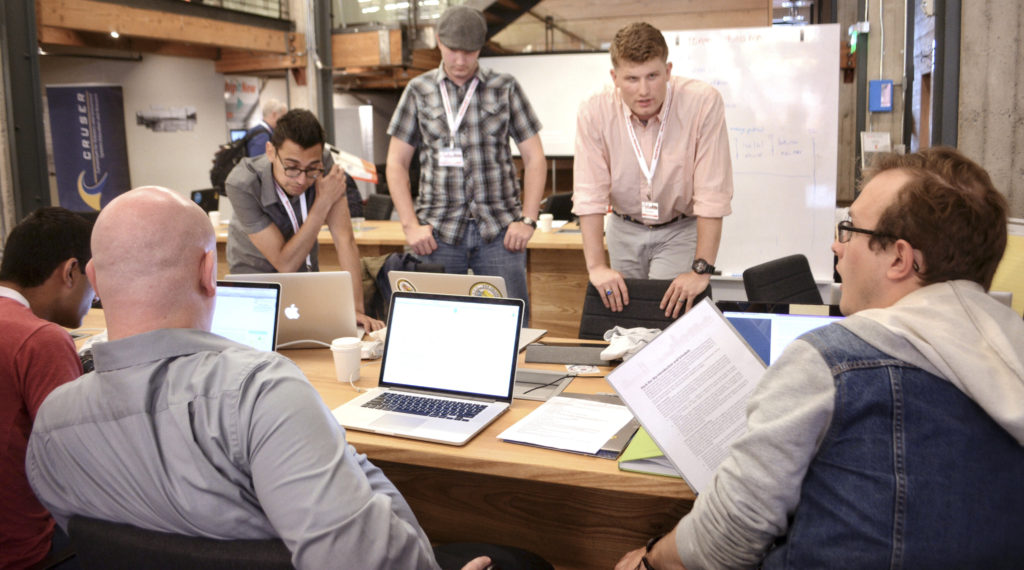 The H-1B program emerged in 1990 after intense lobbying by America’s high tech giants insisting that they needed foreigners because not enough Americans were graduating from college with STEM skills – degrees in Science, Technology, Engineering and Mathematics. Microsoft CEO Bill Gates, among others, told Congress that the only way to plug the hole was a quota of foreign H-1B visas for “specialty” workers, to attract the world’s best brains to  America.

Currently, the H-1B program allows 85,000 visas a year, each renewable for up to six years. In addition, an unlimited number of foreign graduates from U.S. universities are permitted to take industrial internships, under the OPT program, which gets around the cap on H-1B visas. And still, industry is clamoring for higher quotas.

Independent studies counter business claims of skill shortages. One by the nonpartisan Urban institute declared that “the education system produces qualified graduates far in excess of demand…. Each year there are more than three times as many S&E (science and engineering) four-year college graduates as S&E job openings.” Professor Norman Matloff of UC Davis, reports that the U.S. generates such a “surplus of computer science PhDs (that) 11 percent of them are involuntarily working in a non-computer science field.”

Matloff suggests that companies create paper shortages by gaming the system, posting some jobs as needing only 3-5 years of experience, discarding older job applicants as overqualified. “The H-1B program is an enabler of rampant age discrimination in the tech industry,” Matloff asserts, “and we are talking about 35 as being ‘old’ here, not 55.”

What’s more, most H-1B visa-holders working for American firms are from the two lowest paid, lowest skill tiers, belying industry’s claim that H-1B visas are for recruiting “the best and the brightest.” Three Indian outsourcing firms, Infosys, Wipro and Tata Consulting, among the worst offenders who market low-pay entry-level employees.

For President Trump, H-1B is a test of his ability to deliver on his jobs for promises. With great fanfare, he flew to Wisconsin in late April and during a visit to Snap-on, the Kenosha tool-maker, unveiled a new executive order that he said would “enforce Hire American rules“  that will “end these (H-1B) visa abuses” and ensure that ”they should never, ever be used to replace Americans.” 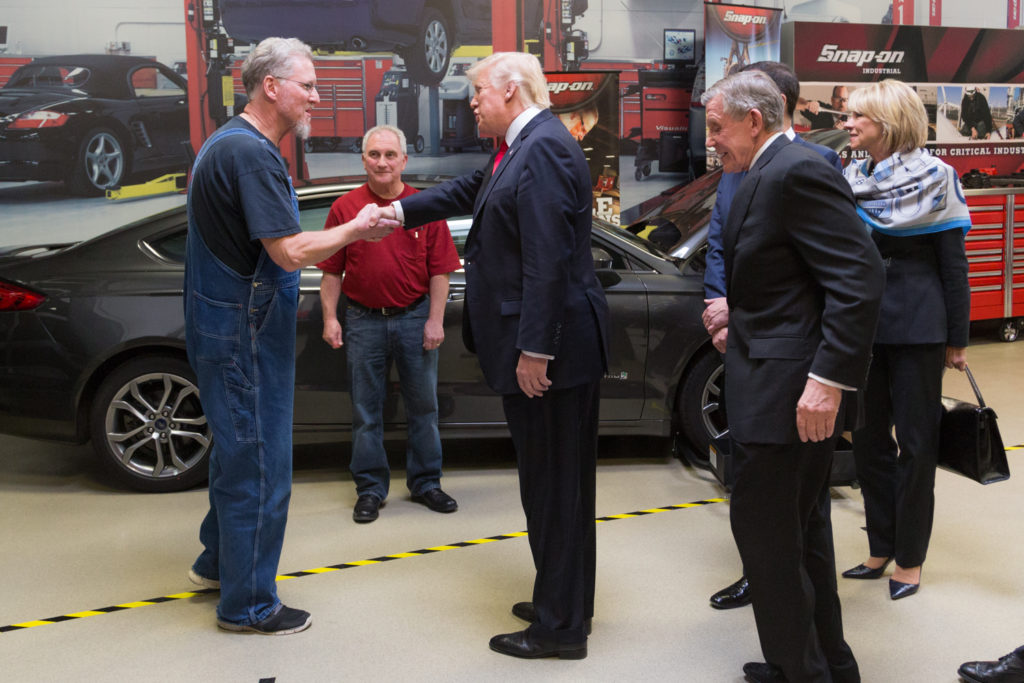 Problem was that this Trump order, like some others, was short on specifics. It did not put teeth into the H-1B program to protect American jobs. It did not explicitly ban what candidate Trump had decried – the firing of Americans and replacing them with foreigners. It did not require U.S. employers to first canvas all available qualified Americans before hiring foreigners. It did not raise wage levels. But it bowed to high tech industry’s lobbying, by declining to lower the quota on H-1B visas or to put a cap on OPT interns.

Rather than outline legislation for Congress, President Trump merely asked several agencies “as soon as practicable” (no deadline) “to suggest reforms to help ensure that H-1B visa are awarded to the most-skilled or highest-paid… beneficiaries.”

Legislation in Congress is already well ahead of the President. Two senators, Iowa Republican Chuck Grassley and Illinois Democrat Richard Durbin have jointly proposed bills to bar companies from laying off American employees and replacing them with foreigners and to require American companies to live up to their own rhetoric by awarding H-1B visas first to the most highly skilled, highest paid foreigners, instead of the current practice of awarding 70% of H-1B visas to the lowest-qualified, lowest paid,

In a tart letter to the President, Senator Durbin noted that companies owned by Trump himself “have sought to import at least 1,000 foreign guest workers while turning away hundreds of qualified American workers.” It is time, Durban declared, for the President to get tough and carry out his campaign promise to “end forever the use of the H-1B as a cheap labor program.”