Washington – If the mean spirit of this year’s campaign upsets you or you’re worried about the lava of dark corporate and billionaire money corrupting our elections, consider one more New Year’s resolution: To get involved in civic action to rebuild government of, by and for the people.

There are active grass roots campaigns coast to coast fighting to make American democracy fairer and to give more voice to average voters, especially moderates and independents, and they’re eager for your support.

Large majorities of Americans are frustrated by gridlock and rancorous partisan warfare in Washington and the eclipse of the pragmatic middle in American politics. But sadly, most average voters don’t believe they have the power to fix our democracy.

That pessimism misses the inspiring stories of positive change that is already taking place, state by state, city by city, on a bipartisan or nonpartisan basis. Washington may be crippled by partisan warfare, but out in the country, reform is not a partisan issue. Across the board, people want our political system cleaned up.

The problem is that most Americans don’t think it’s possible. They don’t realize the promising prospects for political reform because the mainstream media gives that story short shrift. That’s why we’ve created the website reclaimtheamericandream.org – to share the positive news that people hunger for.

The Fight to Roll Back Citizens United 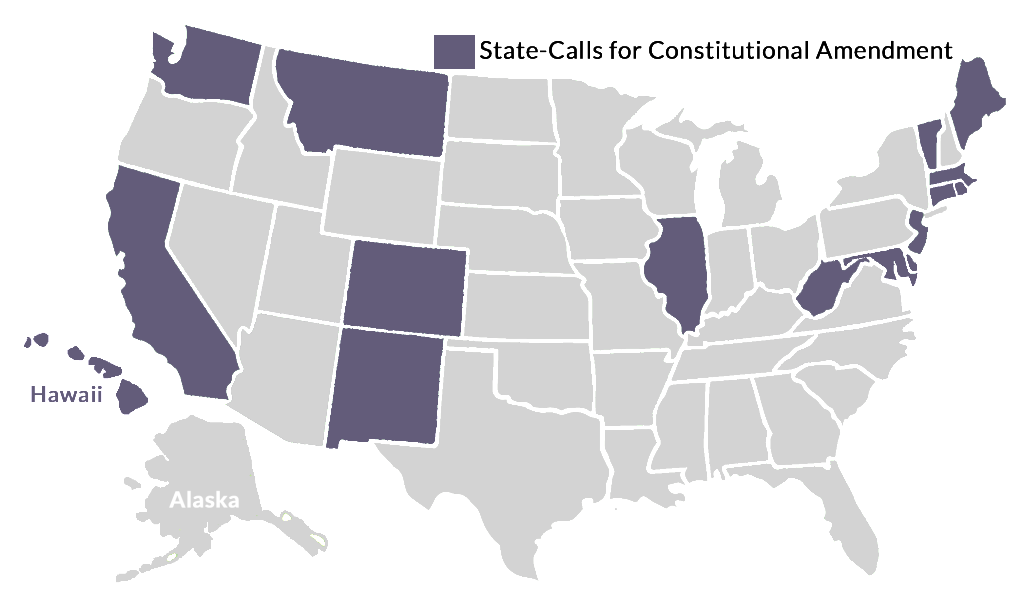 Take New Hampshire: Right now, this week, the Coalition for Open Democracy, Public Citizen and other civic groups are pressing the New Hampshire legislature to pass a resolution that calls for rolling back the Supreme Court’s Citizens United decision and amending the Constitution to restore the power of Congress and the states to regulate campaign money.

The New Hampshire senate has already voted unanimously in favor, and if the house follows suit, that will add New Hampshire to the roll of 16 states and more than 500 cities that have already gone on record against Citizens United.

Across the country, in Washington State, another grass roots coalition led by WAmend has gathered 337,000 signatures for I-735, a citizens’ initiative which will give the voters a chance to decide next November on a referendum that instructs the state’s congressional delegation to press for an amendment to the US Constitution to restore the government’s power to regulate campaign funding.

As a model of grass roots civic action, the Washington movement stands out as a citizen-generated volunteer-effort. It was a non-partisan. It won support from people all across the political spectrum.

Twenty-one states have moved or are moving on another critical issue – partisan gerrymandering of congressional and legislative districts, which stacks elections in favor of one party, deprives voters of genuine choice in elections, disenfranchises political independents, and fuels gridlock in Washington.

In Illinois this year, 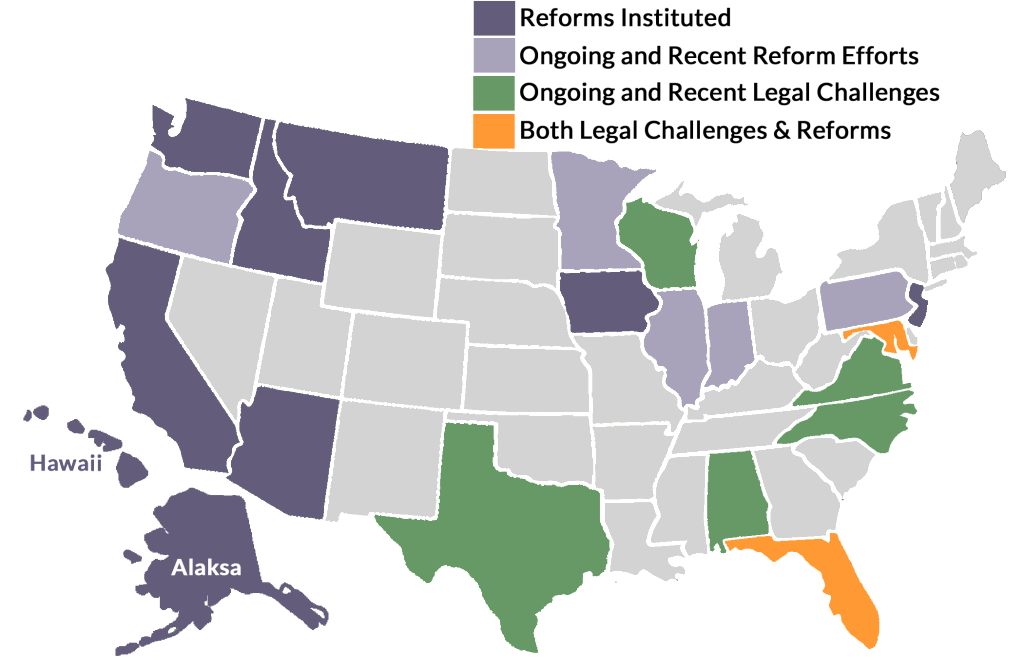 a broadly based citizens movement has mounted its second  petition drive in two years to set up a voter referendum on an amendment to the state constitution that would bar partisan gerrymandering by the Democratic-dominated legislature.

In Maryland, Republican Governor Larry Hogan and several citizen lawsuits are challenging gerrymandering by the Democratic majority in the state legislature. “Fair and competitive elections – and having checks and balances – make for a more vibrant and responsive citizen republic,” asserts Hogan. Like reformers in other states, the governor wants the legislature taken our of the business of redistricting and turning that job over to an independent, bipartisan commission  – a step that has already been taken by Arizona, California and several other states.

Ditto North Carolina and other states, where reform movements are following in the footsteps of the gerrymander reform passed by more than 60% of Florida voters in 2010, but then ignored by the GOP-dominated legislature and now being enforced by Florida’s Supreme Court.

Why 2016 is an Important Reform Year

Gerrymander reform takes on urgency in 2016 because the 2020 census will become the basis for the next major reallocation of congressional seats. Typically such reforms take several years to pass and implement, meaning that action in 2016 and 2018 is essential to insure a more level playing field after the 2020 census.

With campaign spending by billionaires and corporations going through the roof, a handful of states have taken action to force disclosure of dark money flowing into campaigns. More than 20 states have moved to reduce the impact of special interests, either through public funding of campaigns or tax credits and matching funds for small donors.

A model law on campaign funding disclosure has been pioneered by California. It has much more bite than federal legislation because it requires any individual or group that spends $50,000 during a California political campaign to name its leading funders. No exceptions.

For public funding of political campaigns, the most widely used systems are in Connecticut, Maine, Arizona and Minnesota. In Maine and Connecticut, more than 70% of state-level candidates use public funding and lawmakers say that this system has so dramatically reduced the influence of lobbyists that legislative sessions have become more productive.

In short, there’s no shortage of inspiring stories of successful reform and active grass roots movements. Check our website and our maps to see where you can get engaged in the vital battle to restore our democracy and to give average voters a greater voice in elections, and ultimately in Washington. Make 2016 a Year “of, by and for” People Power.