At Ballot Box and In Court, Reformers Shake System

Voters across America are fed up with politicians who rig elections by manipulating district maps. They want a level playing field with competitive districts that give them genuine choice at the ballot box. This is especially important when it comes to the Voting Rights of Americans. All citizens should have an equal say in our democracy, and gerrymandering deprives too many of that basic right. It’s time for reform so that all voices can be heard.

In the 2018 elections, majorities of voters in five states – Colorado, Ohio, Michigan, Missouri, and Utah – passed referendums throwing out the old partisan system. Electorates in Colorado, Michigan, Missouri, and Utah approved citizen-initiated reforms that take the job of redistricting away from the legislatures and turn it over to independent trans-partisan commissions. In Ohio, the voter-approved reform mandates a bipartisan vote in the legislature on redistricting to prevent either major party from monopolizing the process.

In all, 15 states have adopted laws to set up independent commissions or politically neutral bodies to carry out the task of drawing election district lines tome their fair to all parties and minority voters as wells the majority. Partisan gerrymandering still operates in 35 states, but it is under fire from grassroots reform movements in 7 more states; and has been challenged by lawsuits in 8 states. In response to a lawsuit, Pennsylvania’s supreme court imposed gerrymander reform for congressional elections. starting in 2018 but that did not affect how districts are drawn for the state legislature.

But in June 2019, the U.S. Supreme Court flashed a red light against court-ordered reform and effectively sanctioned the rigging of elections by political parties when it rejected legal appeals that it overturn partisan gerrymanders by Democrats in Maryland and Republicans in North Carolina. With two Trump appointees bolstering a slim 5-4 majority, Chief Justice John Roberts wrote that lawsuits challenging the partisan gerrymandering – and upheld by lower courts – raised issues that were “beyond the reach of federal courts” and that wading into that issue would amount to “an unprecedented expansion of judicial power.”

With her voice trembling as she spoke for the court’s four dissenters, Justice Elena Kagan lamented in sad protest that the high court was abdicating its responsibility to settle a deeply divisive constitutional issue. “For the first time ever, this Court refuses to remedy a constitutional violation because it thinks the task beyond judicial capabilities.”

The high court cast a shadow over lower court rulings that invalidated congressional and legislative district maps drawn by Republican-controlled legislatures in Michigan, Ohio, and Wisconsin, as well as North Carolina, and gave the green light for fierce partisan battles in the 2020 elections for control of state governments that will have the unrestricted power to draw new election maps in 2021 for Congress and all 5o0 state legislatures. The Supreme Court signaled to reformers that their only future hope for change lies in turning to state courts or mounting reform ballot initiatives in the 26 states that allow popular referendums. 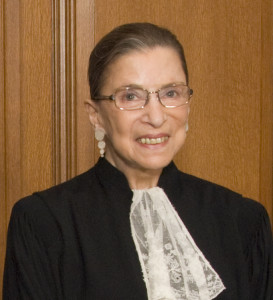 The green light for citizen action on gerrymander reform came in 2015 from the U.S. Supreme Court decision in an Arizona case. With a stunning 5-4 ruling, the high court held that the voters of Arizona had the right and the authority to create an independent redistricting commission to map Arizona’s Congressional districts despite a diehard attempt by the Arizona legislature to hang on to the power to redistrict election maps as the legislature’s sole prerogative.

Writing for the 5-4 majority on June 29, 2015, Justice Ruth Bader Ginsburg asserted that “the animating principle of our Constitution is that the people themselves are the originating source of all the powers of government.” In Arizona, the high court ruled, voters were exercising the state’s legislative power through a popular referendum authorized by the Arizona constitution.

In scathing language, the Florida high court approved a lower court’s finding that the legislature’s redistricting plan had been tainted by the “unconstitutional intent to favor the Republican Party and incumbent lawmakers.” The court found that Republican Party “operatives” and political consultants “did in fact conspire to manipulate and influence the redistricting process” in cahoots with GOP legislators.

In Florida as in Arizona, the groundwork for court decisions was laid by grassroots citizen action. In 2010, Florida voters adopted two amendments to the state constitution that barred the drawing of legislative district lines “with the intent to favor or disfavor a political party or incumbent.”

As a tenacious Legal investigation and disclosure of private emails and documents later revealed, Republican legislative leaders defied the voters and engaged in a clandestine partisan gerrymander. In protest, the League of Women Voters, Common Cause, and Fair Districts Florida filed suit. In July 2015, the Florida Supreme Court ruled that the legislature had carried out a “blatantly unconstitutional:” gerrymander and ordered redrawing of eight congressional districts and all 40 state senate districts.

When the legislature had trouble coming up with revised maps, lower courts stepped in to supervise the redrawing of election districts with the intent to make elections more competitive and give voters more choice. The new, court-ordered maps went into play for the first time in 2016 and produced some notable upsets in both parties, with political newcomers ousting long-serving incumbents. 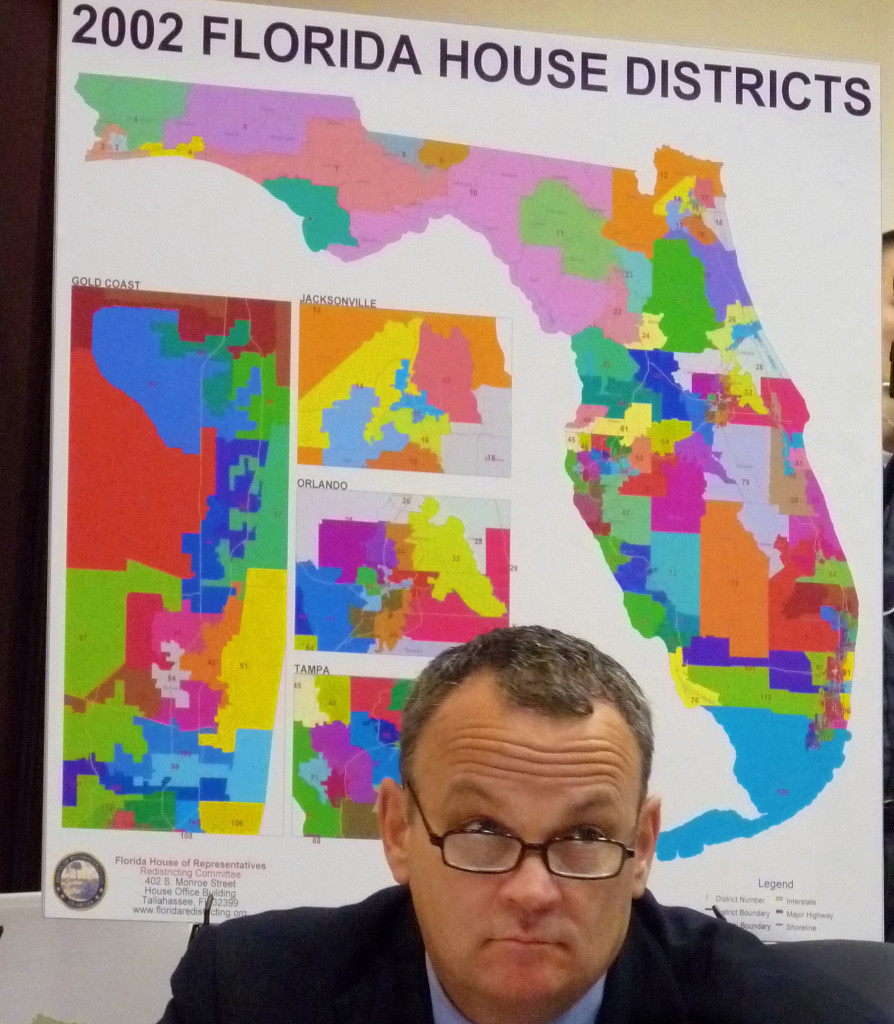 In the Arizona decision, the U.S. Supreme Court highlighted the positive gains for voters achieved by using nonpartisan independent commissions. These commissions, the court noted, had created “more competitive” congressional districts, giving voters more choice in elections, and had eliminated the long-standing “conflicts of interest” of partisan legislators manipulating district lines to keep themselves in office.

More reforms are being powered by voter revolts at the grassroots.  Citizen movements, reaching across the political spectrum, have been pressing to end partisan gerrymandering in 12 states, either through ballot initiatives or legislative action.  In addition to gerrymander reforms adopted by voters in Colorado Michigan, Missouri, Ohio, and Utah in 2018, other drives for reform have cropped up in recent years in Illinois, Indiana, Maryland, Minnesota, Oregon, Pennsylvania, and South Dakota. In red states as well as blue, citizen groups and legislators see gerrymander reform, like term limits,  as a way to dislodge incumbent politicians from a perpetual lock on power.

For the past five years, fierce legal battles have been waged in eight states where partisan gerrymandering is most entrenched – Alabama, Florida, Illinois, Maryland, North Carolina, Pennsylvania, Texas, Virginia, and Wisconsin. Federal appeals courts, backed by the U.S. Supreme Court, have ruled against what courts have determined is racial gerrymandering that dilutes the voting power of blacks and Latinos in Alabama, North Carolina, Texas, and Virginia.

Typically, the targets of these lawsuits are ludicrously shaped districts where lawmakers have packed masses of opposition voters, usually minority voters, so that they can gain partisan advantage in other districts next door. In North Carolina, Republican lawmakers packed the black sections of Greensboro, and Charlotte at opposite ends of a stringy, worm-like district that snakes its way 90 miles down Interstate I-85, picking up blobs of black voting communities along the way. The Virginia GOP created a wiggly worm district down I-64 to include the black parts of Richmond, Norfolk, and Virginia Beach. In Maryland, Democrats concocted a winning district that looks like a jagged stick drawing of a long-legged bird, in flight.

These cartoon districts fly in the face of state constitutions or laws that require election districts to be compact, contiguous, and respect existing county and city boundaries. Instead, mapmakers for both parties use any shape they can to string together their own voters in a winnable district. Or conversely, they pack as many opposition voters as possible into districts they figure they cannot win, and thus make their opponents waste votes in lopsided victories, while the in-party spreads its own voters around to win more districts.

The most frontal assault on the hoary practice of political parties manipulating election maps for their own advantage comes from citizen lawsuits in Wisconsin, North Carolina, and Maryland. Voters from both parties in those states charge that they are being denied equal protection under the 14th Amendment and that their First Amendment rights are being undermined by partisan legislatures stacking the deck against the underdog party and its voters.

The first case against partisan gerrymandering, going beyond racial and ethnic gerrymandering, was brought by a dozen Wisconsin Democratic voters against the Republican-dominated state legislature. Appearing before the high court in October 2017, the Wisconsin plaintiffs argued that the GOP gerrymander was so unfair that it blocks Democrats from gaining a majority of legislative seats even when they win a majority of the vote. They cited 2012, when Democratic candidates for the statehouse won 52% of the popular vote but Democrats were relegated to only 39% of the seats. A three-judge appeals court ruled the Wisconsin gerrymander unconstitutional. 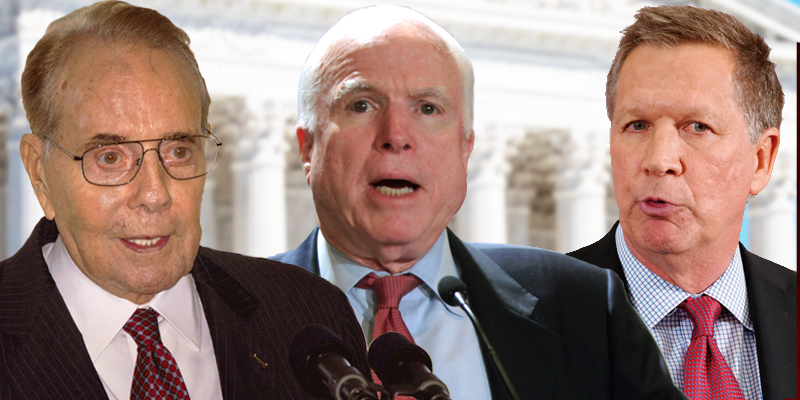 So pivotal was the Wisconsin case that prominent Republicans led by former GOP presidential nominees John McCain of Arizona and Robert Dole of Kansas and Ohio Governor John Kasich broke ranks with their party and filed a legal brief calling upon the Supreme Court to rule against extreme partisan gerrymanders. “Partisan gerrymandering has become a tool for powerful interests to distort the democratic process,” McCain and the other prominent Republicans argued in their legal brief. But on a technicality, the high court sent the case back to the federal district court for more evidence.

In Maryland, the fight against partisan gerrymandering is waged by a handful of Republican voters against the Democrats who dominated the state government during the gerrymander of 2011. Republican Gov. Larry Hogan, elected since then, has been on the warpath against Democratic gerrymandering in his state, declaring that the issue “is not right versus left but right versus wrong.” The Supreme court sent that case, and another lawsuit by Democrats in North Carolina, back to lower courts for more argumentation. But those cases are already headed back to the high court for what could be a blockbuster decision on partisan gerrymandering.

California, Washington State, and Louisiana have gone a step further for voters, by establishing non-partisan primaries, which give voters maximum choice by opening up primary elections and abolishing party control. The so-called Top-Two Primary is the most open of all – more open than so-called “open” primaries that let voters choose to vote either in the Democratic or the Republican primary, but then restricts them to only the candidates of that one party.

In the Top-Two primary, there is no limit on voters’ choices. Citizens can v0te for any candidate, hopscotching from one party to the other and splitting their ticket if they wish, because all candidates, no matter what their party affiliation, run in the same non-partisan primary. For each office, the two candidates with the most votes – the Top-Two – advance to the general election, even if they come from the same party.

The major virtue of this system, in an era when a small turnout in party primaries often determines the ultimate winner, is that independent voters and members of minority parties now get to vote in what is often the decisive election. That helps to boost voter turnout and restore the political middle, proponents argue. Moderate candidates, with poor chances in a closed party primary, do much better in the Top-Two, where candidates need to appeal across party lines to all voters and thus move toward the political center.

The record in Washington State supports that argument. Since 2008, when Washington began using the Top-Two Primary, voting by the state’s delegation to the U.S. House of Representatives has become more moderate. Voter turnout jumped from 2006 to 2010 and in subsequent elections, the Top-Two Primary enabled some moderate candidates in both major parties to win seats in Congress.

Gerrymandering – What’s Happening in Your State? 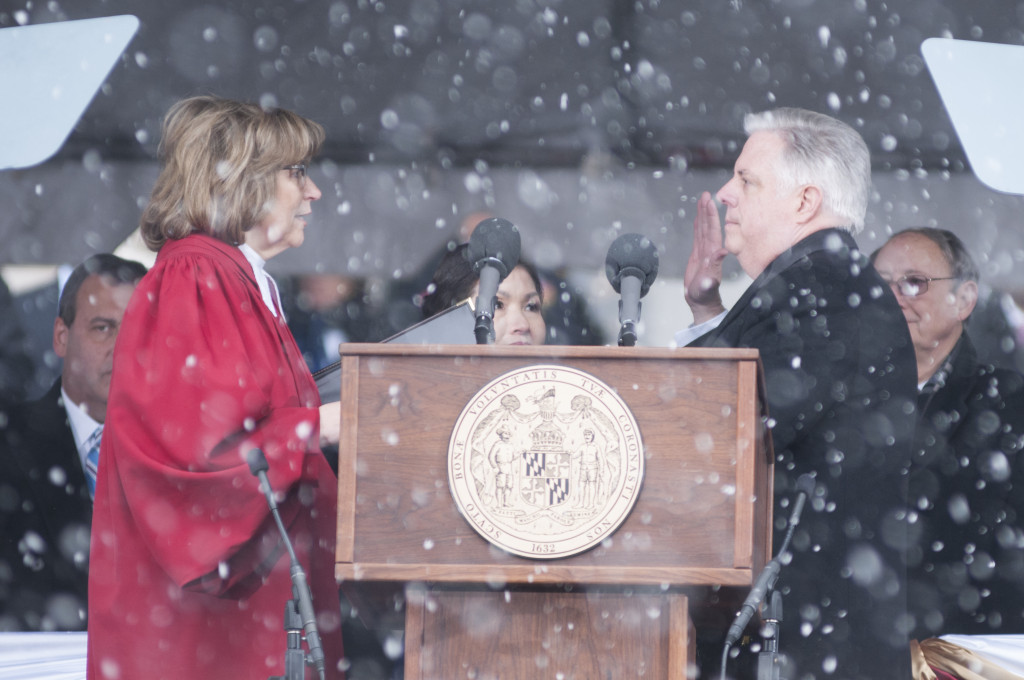