Protecting Our Democracy – Step One

Washington – You may have missed a hugely important story recently because the media soft-pedaled it. But Congress has just taken a major step toward hand-cuffing the unchecked presidential abuse of power that was a hallmark of the Trump Presidency.

For four years and more, Donald Trump ran roughshod over the guardrails of our republic, inviting the Kremlin to interfere in our 2016 election; enriching himself by doing businesses with foreign governments; firing independent US government watchdogs; pardoning his jailed political lieutenants, even toying with pardoning himself; grabbing funds for his border wall that Congress had appropriated for other purposes; and repeatedly stonewalling Congressional oversight. 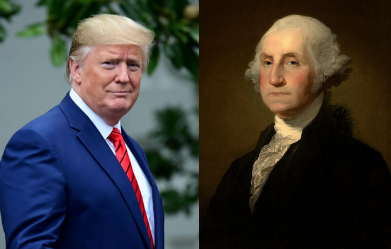 “A rogue president,” Speaker Nancy Pelosi said. Others saw him as a Wannabe Monarch, whose disdain for the rule of law and brash flouting of the norms of democracy have now provoked the House to draft and to adopt a robust package of reforms aimed, as the Speaker told the House, at “defending the rule of law, revitalizing our system of checks and balances and restoring our democratic institutions.”

Five Republicans dared to break away from the Trump-driven House GOP caucus, to vote with 220 Democrats to pass the Protecting Our Democracy Act. The GOP break-aways included Representatives Brian Fitzpatrick of Pennsylvania, John Katko of New York, Chris Smith and Jefferson Van Drew of New Jersey, and Don Young of Alaska – only one of whom (Katko) voted last January to impeach Trump.

The bill’s principal architect and sponsor, Democratic Rep. Adam Schiff of California, casts the new reform package as an echo of Watergate Era restraints on the presidency enacted by Congress in the wake of President Nixon’s resignation in 1974 after being impeached for abuses of power. 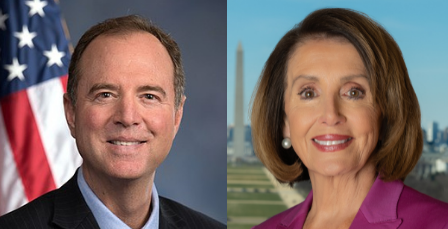 “Just as after Watergate Congress worked to enact reforms, so we must now examine the cracks in the Democratic foundation and address them,” Schiff explained. He framed his bill, point by point, to match targeted legal restraints against specific Trump excesses during his presidential campaigns, his tenure in the White House, and the political activities of his staff.

In his 2016 and 2020 campaigns, Trump stubbornly refused to follow the pattern of presidential candidates in both parties since the 1970s of voluntarily releasing their tax returns.  Trump insisted his returns must stay secret. So the Protecting Our Democracy Act requires all future candidates for president or vice president to disclose their income tax returns for the 10 most recent taxable years.

In the 2016 campaign, Trump called on Russian intelligence to hack Hillary Clinton’s emails, his son Donald Jr met with a Kremlin-linked Russian lawyer offering “dirt” on Hillary, and other campaign operatives opened contacts with Russian businessmen and alleged intelligence operatives. To combat such links, this new bill requires that a presidential candidate, family, and campaign organization must report all foreign contacts to the FBI within one week and the FBI must quickly investigate and report Congress. 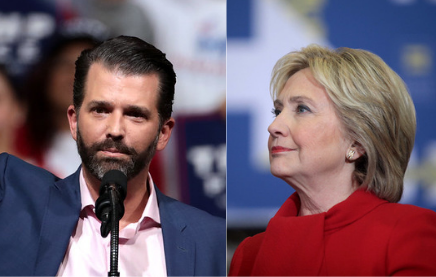 In the 2016 presidential campaign, Donald Trump, Jr. was looking for “dirt” on Hillary Clinton from the Russians

To curb foreign interference in future elections, such as the Russian-promoted Wikileaks of Clinton and Democratic Party emails and social media posts that benefited Trump, the new legislation bars not only foreign donations to U.S. campaigns, not just money but any “other thing of value,”  with stiff penalties for violations.

On the domestic side of campaigns, 13 high Trump officials including Secretary of State Mike Pompeo and White House Counselor Kellyanne Conway were formally found to have violated Hatch Act prohibitions against political campaigning, the new law strengthens enforcement of the Hatch Act with heavy fines and mandatory reports to Congress by the Special Counsel of the Executive Branch.

Perhaps the most unique aberration of the Trump Presidency was Trump’s massive personal business operations while in the White House, his continued ownership of the Trump-Organization’s many global properties including the Trump International Hotel in Washington which was widely used by foreign embassies and governments in what critics saw as currying favor with Trump by giving him profitable business at his hotel.

To cope with this problem, Schiff’s bill seeks to plug a loophole in the Constitution’s vaguely-defined ban against presidents’ accepting “emoluments”- payments or benefits – from foreign countries, by extending the emoluments prohibition to include any profit, gain or advantage ”arising from  commercial transactions.”

On the domestic side, many in Congress were angered by Trump’s diverting $14 billion in Pentagon funds intended for fighter jets, equipment, and military construction to his border wall project in defiance of Congressional votes and appropriations, and so the reform package reasserts the Congressional power of the purse and imposes new limits on presidential action.

But the sharpest challenges to the Trump model are in the political arena, directed at Trump’s more inflammatory political actions, from his pardons and firings to his glaring defiance of Congress. In this legislation, his political antagonists and critics have not only struck back at the Trump legacy but have moved to prevent a repeat performance either by Trump or another Trump-minded authoritarian. 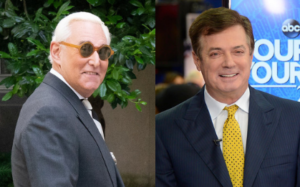 In response to Trump’s pardoning of convicted campaign aides Roger Stone and Paul Manafort, who in their legal battles shielded Trump personally, and in response to worries that Trump might try to pardon himself, the reform package puts Congress on record as flatly forbidding a presidential self-pardon and barring the use of a pardon, or the promise of a pardon, as a political bribe for a quid pro quo.

In reaction to Trump’s purge of the independent-minded federal watchdogs, the Inspectors General (IG’s) at the Pentagon, State Department, intelligence, and other agencies, who were probing the Trump administration, the new law offers legal protections from political reprisals by barring removal of IG  watchdogs, except for cause.

And now, with Trump facing several criminal investigations, the reform act includes a section tellingly titled, “No President Is Above the Law.” It moves to hold presidents permanently accountable for abuses of power and illegal actions by suspending the statute of limitations for any federal offense committed by a sitting president, either before or during his or her term of office

Now, It’s Up to the Senate and Voters Like You

There’s more to this bill, but you can see already that it’s an impressive and urgently needed menu of reforms born out of the painful personal experience of Adam Schiff, who led the first – unsuccessful – attempt to impeach and convict Trump of abuse of power and violating his Oath to the Constitution. 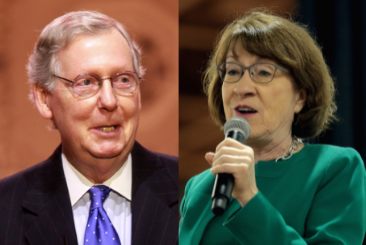 The Protecting Our Democracy Act now goes to the Senate where it can be strangled in its crib by Republican party-line opposition if that’s what Mitch McConnell, the Republican leader, orders.

But seven Republican senators – from Alaska, Louisiana, Maine, Nebraska, North Carolina, Pennsylvania, and Utah –  voted last January to convict Donald Trump – of what Maine’s Susan Collins called a clear “abuse of power.” McConnell himself later held Trump “practically and morally responsible” for the Jan 6 mob attack on Congress.  From that terrifying day, McConnell knows personally the mortal danger posed by a Chief Executive who is unconstrained by the rule of the law.

My hunch is that if enough voters, especially those in swing states, tell their senators now that We the People consider it  imperative  to bolster the guardrails that protect our Constitutional order, the U.S, Senate might just surprise us and vote in favor of “Protecting Our Democracy.”