How California Outed the Koch Network

It was a dark money laundering operation channeled through the Koch brothers political network that prompted California to enact the strongest campaign disclosure law in the nation – much stronger than federal disclosure laws and a model for other states.

California has been tougher on enforcement than the Federal Election Commission where investigations are constantly killed by partisan deadlock. By contrast, in its big case, California’s watchdog agency, the Fair Political Practice Commission, outed secret money channels and imposed $16 million in fines.

The California case broke just two weeks before the November 2012 election, after Koch-related groups poured $15 million from out of state to finance a television ad barrage on two California ballot initiatives. They were fighting a hike in the state’s sales tax and trying to block unions from using membership payroll deductions for campaign spending.

“This was the largest anonymous donation in California campaign history,” Ann Ravel, former chairman of the California Fair Political Practices Commission, told a Congressional hearing. “This entire chain of transactions, routed through multiple nonprofits, occurred within three days and without disclosure…..These tactics have no apparent purpose other than to conceal the sources of funds.”

Working with rich conservative donors from Orange County, Russo and Miller devised a $25 million communications plan to attack the political muscle of labor unions. They knew beforehand that secrecy was essential, because California business leaders did not dare to oppose the unions openly.

“We knew there wouldn’t be many groups willing to go out and put their names on issue advocacy in this fight,” Miller later told investigators. “A lot of corporations in the state Chamber (of Commerce) wouldn’t let the Chamber do issue advocacy like that, right? Because large public corporations don’t want retribution from their union members.” 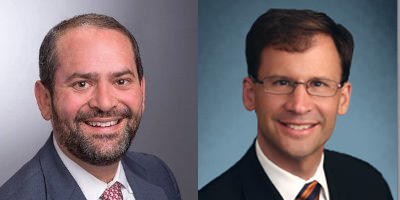 To Miller and Russo, that made it impossible to run their ad campaign through California-based political committees because that would lead to disclosing their donors. So to keep the names secret, they turned to an out-of-state group to create and place anti-union TV ads – Americans for Job Security (AJS), a conservative nonprofit based in Alexandria, Virginia and linked to the network of the billionaire brothers, Charles and David Koch of Wichita, Kansas.

But Americans for Job Security was slow to make the ads and in the final 60 days of the campaign, when disclosure rules get tighter, AJS backed out of the California ad campaign entirely, fearing it might be forced to reveal its secret donor base.

Stopped dead in his tracks, Russo frantically sought out a new ally – Sean Noble, head of another Koch-related group, the Center to Protect Patient Rights (CPPR) in Arizona. Russo suggested a massive money swap. “I said, ‘Sean, you know, I have a big hiccup in California,’ ” Russo later admitted to California investigators. “Can we support some of your national efforts and, in turn, do you have groups that can help us in California?’ …[Sean’s] response was he thought he did.”

What Russo was proposing was to send $25 million raised in California to Noble’s CPPR group in Arizona for the Koch empire to spend around the country, and in return, Noble would have other Koch-related groups send a matching $25 million to groups in California like the Small Business Action Committee PAC and the newly formed California Future Fund, and they would run the TV ad campaign.

The scheme began working as planned, but there was a hitch. In September, the California Future Fund received a $4 million wire transfer from the American Future Fund, an Iowa-based Koch group. Another $11 million showed up in October in the bank account of California’s Small Business Action Committee from Americans for Responsible Leadership, another arm of the Koch network. 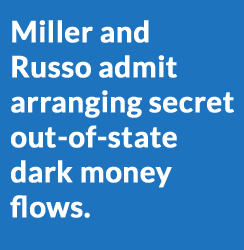 But the final $10 million requested by Russo never showed up – because a whistle blower from Common Cause and some unions triggered a state investigation. The Koch nonprofits and their allies fought against disclosing their records, but the state took them to court and won a state supreme court ruling requiring key groups to disclose some records.

With the election battle heating up in the final days, Governor Jerry Brown made headlines by attacking out-of-state groups for pouring dark money into California. With their secret money-laundering operation exposed, the Russo-Miller campaign lost both ballot initiatives.

Afterward, investigators pressed Russo and Miller hard and turned them into state witnesses. In return for immunity from prosecution, the two insiders exposed the secret out-of-state money flows and the interconnected links in the Koch network.

In the end, Sean Noble of the Center to Protect Patients Rights (CPPR) was forced to admit publicly that his group had acted as a secret funding midwife, managing the money flows. He acknowledged that CPPR had actually been the unnamed source of the $15 million for the California ads. CPPR and Americans for Responsible Leadership were fined $1 million for not reporting their funding roles to California authorities.

The state imposed $15 million more in fines on the two California groups that received the outside money, the Small Business Action Committee and California Future Fund, for not disclosing the true sources of their campaign funds.

As part of an uncontested settlement, California did not force out the names of individual donors. But a few have come into public view, including San Francisco investor Charles Schwab, real estate magnate Eli Broad, Las Vegas Casino Owner Sheldon Adelson and his wife, industrialist Gene Haas, ballot activist and physicist Charles Munger Jr. and members of the Fisher family who founded the Gap clothing chain.

Most important, the case established that in California at least, a network of political groups cannot hide inside each other, like Russian nesting dolls, but that all the groups in a money chain must be disclosed. 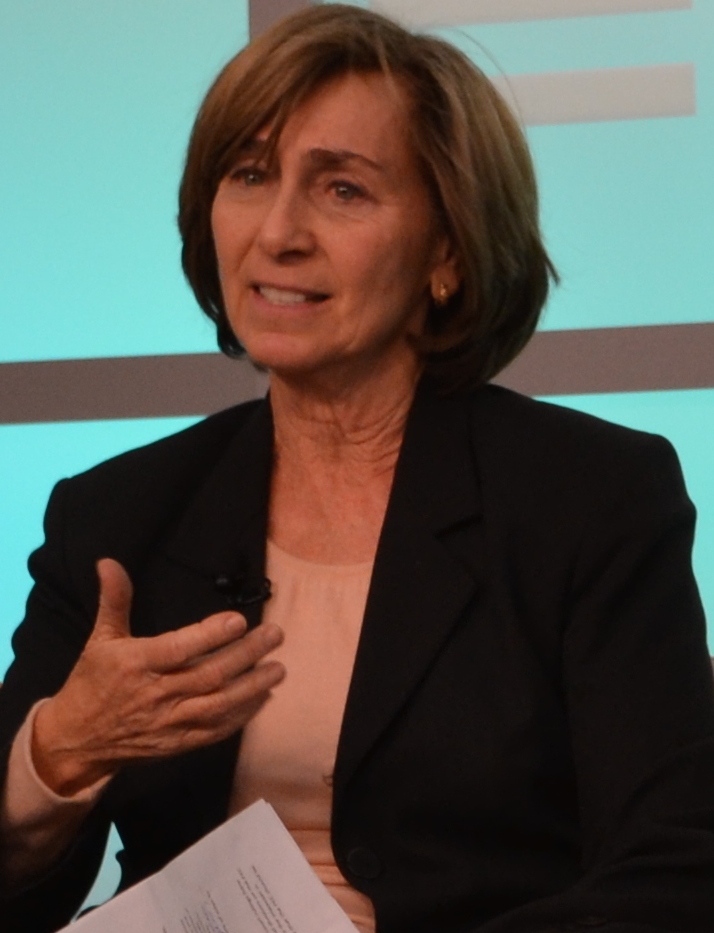 But for Ann Ravel, the gritty, wiry, game-changing attorney who headed the California Fair Political Practices Commission during the investigation, imposing fines was not enough. To her, the case showed that California’s laws were not tough enough to protect the integrity and transparency of California elections.

“That case revealed how dark money networks are able to anonymously inject large amounts of money into our political process,” Ravel later told Congress. “Using their corporate entities, wire transfers, and fund swapping, with no apparent purpose other than to hide the sources of funds, these national networks skirt disclosure rules with relative ease.”

Ravel insisted that California had to close legal loopholes being used by nonprofits to shield their contributors’ names with the excuse that politics is not their primary mission. “We felt hamstrung against the new dark money tactics of Koch networks and others,” Ravel explained. She and her staff drafted a new law stronger than the current federal disclosure law.

But getting the new disclosure law passed was not a slam-dunk, despite public outrage over the 2012 dark money scandal. California’s basic election law imposes a high hurdle on new campaign law provisions – a two-thirds majority in both houses of the legislature.

Democrats won a two-thirds majority in the 2012 election, but lost it when two representatives went to jail on criminal charges. Reformers then mobilized a broad clean election coalition – the League of Women Voters, California Common Cause, California Clean Money Campaign, California Forward, and the California Voter Foundation.

By early 2014 legislative leaders recruited a handful of Republican supporters. So Ravel’s disclosure law passed and was signed into law by Governor Jerry Brown on May 14, 2014. 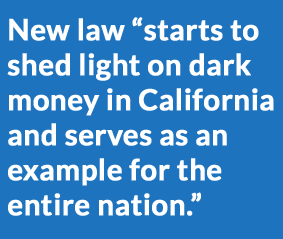 The California law breaks new ground by erasing the distinction between political committees and non-political groups, a legal distinction that since the 1970s has plagued enforcement of federal and many state laws.

Instead, the new California law treats all organizations the same way, as “multi-purpose” groups. It does not slice and dice them. It just focuses on the money- how much they put into California politics. The law requires any group, including nonprofits, that spends more than $50,000 a year or $100,000 over four years on political activity in California to disclose the names of its donors at $1,000 or more.

The new law also closes what Californians called the “first bite” loophole that once allowed organizations to make one foray into California elections without disclosing donors. In her big case, Ravel had seen how easily new groups get formed for one election, then go out of existence and are replaced by others. So out went the “first bite” exception.

Any Ripple Effect in Other States?

The key question is whether that California’s new disclosure law will have a ripple effect in other states.

That law, said Trent Lange, president of the California Clean Money Campaign, “starts to shed light on dark money in California and serves as an example for the entire nation. We must strengthen disclosure laws even further, because voters deserve to know who’s trying to influence their views.”