“The Last Stand of the Middle Class”

When Artie T. Demoulas was fired as CEO of Market Basket by a rival faction of his family who wanted to extract more profits from their jointly owned New England food chain, employees started walking off the job. They wanted Artie T. back as CEO. Their protest mushroomed. Customers began boycotting Market Basket. Local mayors urged shoppers to stay away.

As The Boston Globe put it in one headline, the battle to bring back Artie T. in the summer of 2014 suddenly became “the last stand for the middle class,” fought by citizen activists in supermarket parking lots in towns all across Maine, Massachusetts and New Hampshire where Market Basket operates a chain of 71 supermarkets.

To people at the grass roots, the sudden popular groundswell was a stunning and unprecedented challenge by the 99% against the 1%. This was not a union-management battle. It was a spontaneous grass roots power struggle aimed at preserving the worker-friendly, customer-friendly, community-friendly business ethic of a $5 billion regional company and at blocking its take-over by the profit-driven dictates of shareholder capitalism.

Portrait of a Worker-Friendly Boss 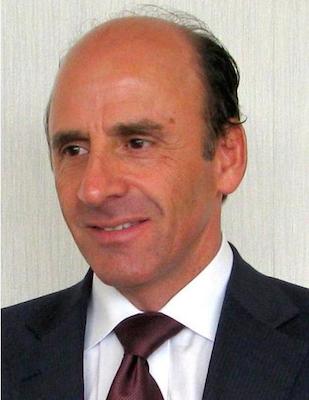 The Market Basket story is a classic American narrative. Greek immigrants Athanasios and Efrosini Demoulas arrive in Lowell, Massachusetts in 1916 and open a mom and pop grocery store. In 1954, they sell the store to two of their sons who transform it into a chain of 15 modern supermarkets. By the time the firm passes to the third generation, Arthur S. Demoulas and his branch of the family own 51%, but cousin Artie T. Demoulas is chosen CEO by the board.

Artie T., a scrappy, friendly, balding middleweight in his late 50s, who starred as a running back at Andover High School, has a knack for business and a deft hand with employees. He can rattle off the wholesale prices of corn and meat or what his competitors charge for choice items and just as easily recall the names, birthdays and family milestones of his average employees.

As a classic stakeholder CEO, mindful of the needs of his various constituencies, Artie T. has earned a reputation over the years as a generous, kind-hearted boss who genuinely cares for his workers and gives steady customers cash-back returns for their loyalty.

Store manager Terry McCarthy recalls a memorable phone call from Artie T. in 2012, after his daughter was hospitalized by a serious car accident. Artie T. asked about her condition, and then, McCarthy adds, “he said, ‘Terry, is that hospital able to handle her injury?’ The next question he asked – I’ll take it to my grave – he said, ‘Do we need to move her?’” That simple word “we” suggested a family bond.

Sharing Profits with the Rank and File

Artie T. carries that sense of family connection into the economic side of the business , too. He believes in sharing the earnings of the enterprise with the rank and file employees who run the cash registers, stock the shelves, unload the trucks, and offer daily help to customers. 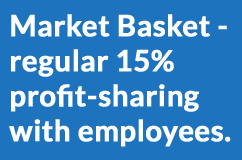 During Artie T.’s tenure as CEO, the company’s 19,000 employees have benefitted from a 15% profit-sharing plan funded by Market Basket. In one memorable gesture to employees, Artie T. authorized the company to replenish a $46 million loss sustained by the employee profit-sharing fund during the 2008 financial meltdown.

Yet, probably because worker morale is high, turnover is low and customers get good service, Market Basket has been able to sell groceries at lower prices on average than Wal-Mart, according to the nonpartisan Center for the Study of Services, and still it has turned steady profits.

In late 2013, Artie T. unilaterally rolled out a 4% discount on Market Basket produce, which irked some of the company’s shareholders. Nonetheless, by one financial account, Market Basket paid out roughly $300 million from its profits to its family owners over the last several years.

But Artie T’s failure to deliver even greater profits and his generosity toward employees rankled cousin Arthur S. Demoulas and the majority owners of Market Basket, who wanted company profits used more in their favor. Their anger boiled over after Artie T. proposed that the workers be paid 20% of the firm’s 2013 profits – a total of $56 million in profit-sharing bonuses.

In June 2014, the board cut profit-sharing back to 15% and $44 million – and fired Artie T. as CEO. Now in full control, the Arthur S. Demoulas family faction moved to hire new management, led by a former Radio Shack CEO noted for cost-cutting and shutting down stores. 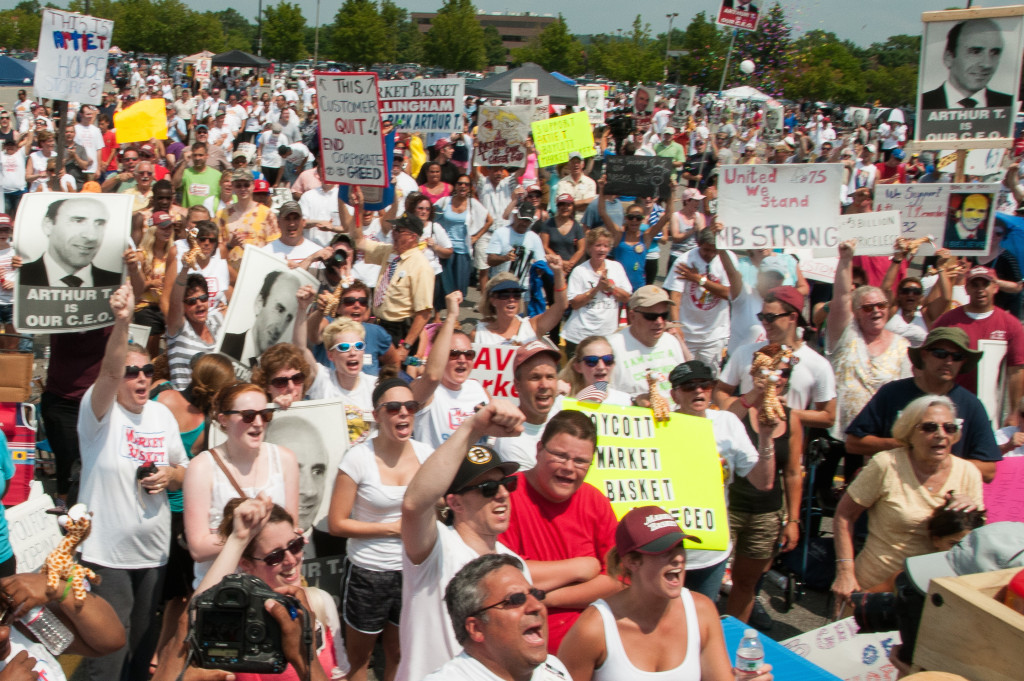 Market Basket workers reacted immediately. They began walking off the job in protest. What was remarkable was that this was not a protest organized by a union and the employees were not seeking any specific gains for themselves such as higher pay or better benefits. They were acting in defense of managerial fairness.

“They have fired the boss and his two top lieutenants,” said one posting on “We Are Market Basket,” the employees’ new social media website. Then came a call to action: “We cannot sit back like so many others have done when their companies have been taken over. We are not like other companies because we are family.”

As workers walked off the job, the new management responded by permanently dismissing them and threatening to replace them with new hires. Eight store supervisors were also axed, accused by the new management of helping to orchestrate the worker revolt.

In July, the walkout turned into a siege. As the media picked up the story, public support for the workers grew. The normal flow of two million weekly customers to Market Basket’s stores slowed to a trickle. By early August, only one of the 21 cash registers at the North Andover, Mass store was operating, a pattern repeated elsewhere.

More than 160 mayors and legislators in Massachusetts and New Hampshire signed petitions endorsing a consumer boycott of Market Basket. Millions of dollars in inventory went unsold and had to be thrown out. As the weeks passed, store shelves became devoid of fresh produce, meat and dairy products. With financial losses mounting, the new management was reported to be discussing buyout offers from national supermarket chains and Wall Street investment firms.

The Triumphant Return of Artie T.

Artie T. had stayed out of sight for a month after being deposed. But in late July, he resurfaced to say that that he would like to buy out the rival family faction, but lacked the money to do that. Potential lenders were wary of putting up funds until the stores were reopened. But before returning, Artie T. wanted to know he would be in unchallenged control. 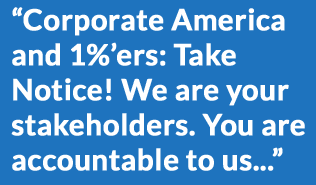 His opposing family faction did not make things easy. For a full buyout, Artie T. needed $1.5 billion. Behind-the-scenes negotiations dragged on for three weeks. In the end, Artie T. had to turn to Wall Street, though some of his supporters worried that Wall Street investors might eventually destroy Artie T.’s inclusive business values. The terms of the deal were never disclosed, but it was reported that Wall Street’s Blackstone Group put up at least $500 million to back Artie T.

On August 28, Artie T. was back in charge, thanking a massive rally of Market basket employees for their solidarity and support and for showing business school professors and market analysts that “working at Market Basket is so much more than just a job” and that it is “a place where respect, honor and dignity are a way of life.”

With Market Basket millions of dollars in the hole after a virtual two-month shutdown, Artie T. had a challenge on his hands just to get the chain back on its feet. But positive publicity about the worker rebellion attracted hordes of new customers eager to learn how Market Basket generated such stakeholder loyalty.

Citizen power: A Victory for the Stakeholders

The victorious outcome of the populist Market Basket campaign brought a flood of online enthusiastic comment about the impact and importance of grass roots citizen power.

Cally Comenos, a 30-year loyal customer of Market Basket, spoke of the spontaneous mass movement as a triumph for “Artie T. and his brilliant, Win-Win-Win business model: Business owners win. Associates (employees) win. Customers win. This is a business model, which flies in the face of those who argue that the only winners of a business should be owners and shareholders.”

Les and Nancy Dixon called the tidal wave of support for Artie T.’s inclusive style of management an ”epic display of Democracy in action (that) has renewed our belief in the power each of us holds in our hands.”

“Corporate America and 1%’ers: Take Notice,” wrote Fred and Mary Furnari. “We, and the communities where you do business, are your stakeholders. You are accountable to us as much as you are to your board members and stockholders. We will be heard when you act recklessly.”