Thanks to its automatic motor voter registration law, Oregon hit voter records in the 2016 election – not only the highest voter turnout in the state’s history, but also the highest percentage (70.4%) of voters among the voting-age citizens eligible to register and vote.

“We make voting convenient with vote by mail and by sending a voters’ guide to every household in the state,” says Oregon Secretary of State Jeanne Atkins. “We make registration simple, with both automatic registration and online registration. These pioneering policies are good for civic engagement and voter participation.” 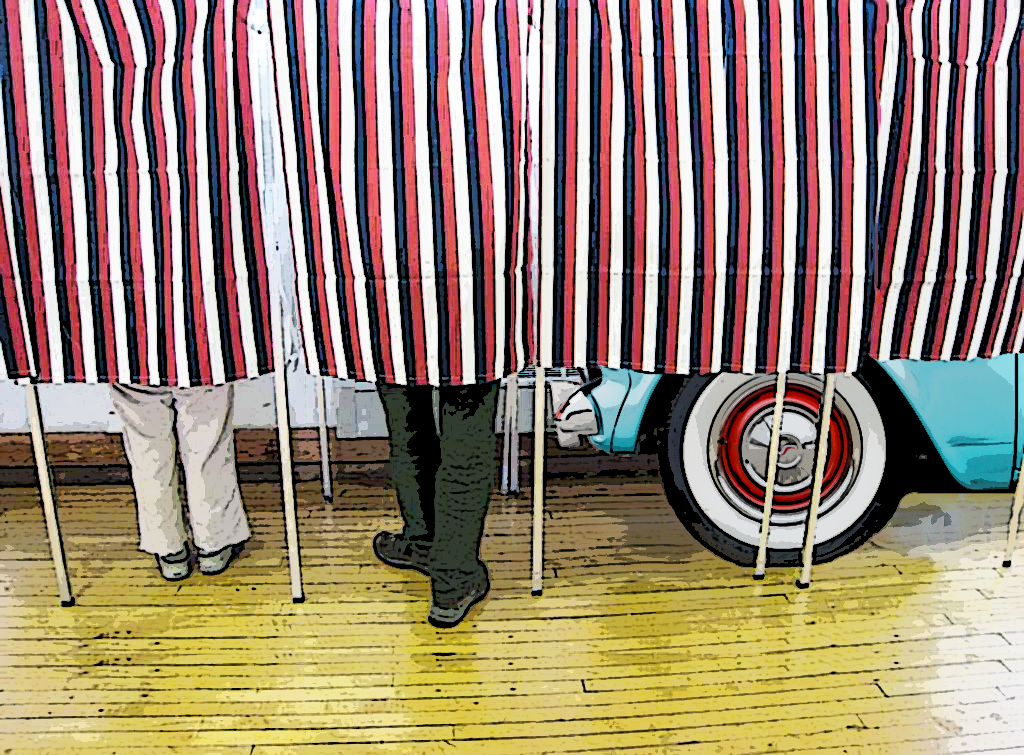 Oregon’s idea – an automatic path from the DMV to the voting booth.

As a pathfinder in making it easier for Americans to register and vote, Oregon became the first state in the union to enact and apply universal “Motor Voter” legislation, where the DMV (Department of Motor Vehicles) automatically registers people as they apply for or renew their driver’s license, and also when they interact with some other state agencies

Between Jan. 1, 2016, when the program began, and the Nov. 8 election that year, the Oregon motor voter system automatically registered 226,094 voters, boosting the state’s voter rolls by more than ten percent in just 11 months.

With time, Atkins predicts, Motor Voter “will become the norm for voter registration in Oregon, allowing us to put a ballot in the hand of nearly every single eligible voter who wants one.” Oregon data indicates the system could reach more than 700,000 eligible but still unregistered voters.

California Followed hard on Oregon’s heels, putting its huge, computerized Motor Voter system into full operation in 2017. Its sponsor, Secretary of State Alex Padilla, predicts “the largest voter registration drive in the nation’s history” by making registration easier for the estimated 6.6 million Californians who are eligible to vote but not not registered.
“There will be a huge influx of new voters, and that’s good for our democracy,” Padilla asserts. “We want to serve as a contrast to what we see happening in other states, where they are making it more difficult to register or actually cast a ballot. I think that’s flat out un-American, and we can show a different, better way with the automatic registration system.” 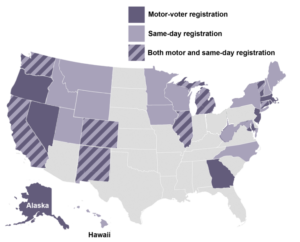 In the last couple of years, while a score of states were making it tougher to vote through stricter voter ID laws and fewer voting days, Alaska, Colorado, Illinois, Maryland, New Jersey, New York, Rhode Island, Vermont, Washington and West Virginia passed Motor Voter laws to make voting easier.
In Connecticut, the Secretary of State and the DMV announced plans to implement a streamlined motor voter system in 2018. Georgia also instituted automatic voter registration when residents renew their drivers’ licenses, state ID cards or interact with major state agencies. Utah adopted a system of reminding residents that they can register when they obtain or renew a state driver’s license. These moves all grow out of the 1993 National Voter Registration Act, which required the 50 states to offer anyone the right to register to vote while getting or renewing a driver’s license or other state IDs.

“The momentum is very real,” says Jenny Flanagan, vice president of Common Cause, the nonpartisan citizen advocacy group. Flanagan sees the early adopters of Motor Voter as harbingers of what she forecasts will be a “sweeping reform” in voter registration, though this strategy faces an uphill struggle in the 30 states where Republicans control the legislatures and the 32 states with GOP governors.

The U.S. Is Missing 41 Million Voters

But the tens of millions of unregistered voters, vastly more than most people imagine, represent a gaping hole in American democracy. In 2014, a U.S. Census Bureau survey found that at least 41.1 million U.S. citizens of voting age were not registered to vote and that another 37 million might not be registered since they did not answer the survey question about registration. In sum, the agency said, it could only confirm that 142 million of 219 million Americans eligible to vote, were actually registered.

One major obstacle is that we as a people move a lot and voter registration does not automatically follow us, even for moves within the same state. “Many Americans falsely believe that their registration automatically updates when they move,” says Barry Burden, a political scientist and director of the Elections Research Center at the University of Wisconsin-Madison. “Residency requirements in many states effectively disenfranchise recent movers. It is not surprising that young people and other groups that are more transient are less likely to register and vote.”

“Many other countries automatically register voters,” observes political science professor Jim Moore of Pacific University in Oregon. “Their concept of democracy is not that it is a privilege, but that it is a right that all citizens share.” By contrast, the United States has no constitutionally guaranteed right to vote. “In some European countries, citizens’ voter registrations will automatically move if the citizen does,” Moore explains. “No need to re-register.

The Leahy bill, co-sponsored by Senators Dick Durbin of Illinois and Amy Klobuchar of Minnesota,  requires that every time an American of voting-age interacts with several designated state or federal agencies, that person will be “automatically” registered to vote unless the person opts out of registration. But that bill is blocked by the Senate Republican leadership.

No Republican has signed on to either the Senate or House bill. 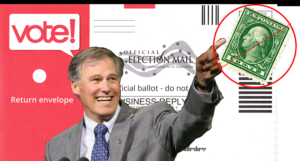 In the absence of action by Congress, the most direct way for states to counter the plight of Americans on the move is same-day registration, allowing people to register on Election Day when they come to vote.  In all, 17, states and the District of Columbia permit same-day registration. Several of them are putting the system into operation for the first time in the 2018 election, hoping to boost voter turnout.

This voter-friendly strategy was pioneered by Maine in 1973. Minnesota in 1974 and Wisconsin in 1975 followed quickly. Since the mid-1990s, a group of other states have begun offering same-day registration, including Colorado, Connecticut, Idaho, Illinois, Iowa, Maryland, Montana, New Hampshire, Washington and Wyoming. North Carolina has adopted same-day registration but limited to its early-voting period. The most recent additions have been California, Hawaii and Vermont which have geared up to introduce same-day voter registration in this year’s election. Utah ran a two year pilot project in the 2014 and 2016 elections to test same-day registration and has now adopted it.

Same-day registration has a positive effect on turnout, causing increases of two to eight percentage points, according to a new report on American elections by the investigative arm of Congress, the GAO or Government Accountability Office. Its findings are based on analysis of elections from 1980 through 2006. That analysis is borne out among states with the highest voter turnout rates. The top five states in the last four presidential elections were Minnesota (74.5 percent), Wisconsin (73.0), Maine (70.8), New Hampshire (69.8) and Iowa (69.6). All have same-day voter registration, three of them having used it for the past ten presidential elections.

By contrast, the GAO reports that strict voter ID laws have the opposite effect – they depress voter turnout. In a 2014 report, the GAO found a decline of 2 or 3 percent in turnout in Kansas and Tennessee from the 2008 to the 2012 presidential election, after the strict ID law was applied. And the declines were most pronounced among African-Americans, new voters, and the young (18 to 23).

Maryland is one of 13 states that lets people register and vote on the same day, which is why is happening here in Rockville, MD. Image (CC) Ben Schumin

Many other variables affect voter turnout, political analysts tell us – age, level of education, the  local civic culture, and the competitiveness of campaigns. Seniors vote at much higher rates than 18-to-34-year-olds. The college-educated vote more frequently than people with high school education or less. The Upper Midwest is known for its culture of civic engagement. Plus, hot races bring out the voters.

“[If] everybody thinks their vote matters, you get a higher turnout,” says Elaine Kamarck, a senior fellow at The Brookings Institution in Washington. “This explains why voter turnout is lower in elections in which candidates run unopposed, as well as why voter turnout rates during primary elections fall over time, as … it becomes clear who the nominee will ultimately be.”

Against this backdrop, reformers are focused on lowering the barriers. In addition to Motor Voter and same-day registration, two of the major tools for widening voter access and participation are online registration and mail-in voting. Online registration is on its way to becoming universal: 31 states have adopted it and seven more have passed legislation to create online systems.

Just four states, Colorado, New York, Oregon and Washington, have adopted voting by mail for all elections, though another 19 states use mail-in voting for some elections and others have easy rules for absentee voting by mail. Oregon pioneered mail-in voting starting in 1998 and with that system, achieved the nation’s sixth highest voter participation rate (69.1 percent) in the last four presidential elections, even though, unlike the top five, it lacks same-day registration.

As a purple swing state, Colorado passed a plan in 2013 to maximize voter participation through a multi-pronged effort, including mail-in voting. Now it mails out ballots to every registered voter but gives voters the choice of whether to vote by mail or in person.[1]

That system gets high marks from such voter advocates as Ellen Dumm of Coloradans for Voter Access and Modernized Elections as an answer to the headache of so many people on the move “showing up at the wrong precinct. This really does expand access to voting…This makes voting a lot easier.”

But Washington State has outdone all others in making voting easy and cost-free. In May 2018, the state enhanced its mail-in voting system by making it free of charge. No stamps needed. After King County. home to Seattle, announced it would cover the $600,000 costs of local mail-in ballots, pressure was on the rest of the state to follow suit. Very quickly,, Gov. Jay Inslee and Secretary of State Kim Wyman announced the state would foot the bill for the rest of the state – $1.2 million. All voters have to do is fill out their ballots and drop them in a mailbox.