Washington – If like most Americans you’re angry that our democracy feels broken, that elections are being corrupted by billionaire and corporate money, and that politicians are rigging elections through gerrymandering, we’ve got good news for you.

Citizen rebellions against the politicians and the power brokers are in full swing – from the student March for Our Lives to the spreading teacher strikes from Kentucky to Oklahoma and Arizona to the petition drives and popular votes on political reforms in states like Michigan, Missouri, Ohio and Colorado.

For every flaw in our political system – dark money, voter suppression, gerrymandering, Citizens United, Mega-Donors, hyper-partisanship – grass roots movements have come up with fixes and are already implementing reforms at the state level.

The Missing Story of American Politics

We are bringing you these positive stories in “THE PEOPLE VS THE POLITICIANS” – our new one-hour documentary for MSNBC, due for nationwide broadcast this summer. Once the final technical checks are done, broadcast dates will be set and we’ll get the word out to you. Please tell your network. Right now, hope you’ll visit our new YouTube Channel, “The People vs The Politicians.” To see new videos and subscribe, click here https://goo.gl/DqHX19.

Our documentary, website and YouTube Channel highlight the missing story in American politics today – citizen power winning back our democracy. Most Americans don’t know this positive news because it gets only skimpy, piecemeal coverage from the mainstream media, that is obsessed with Washington. 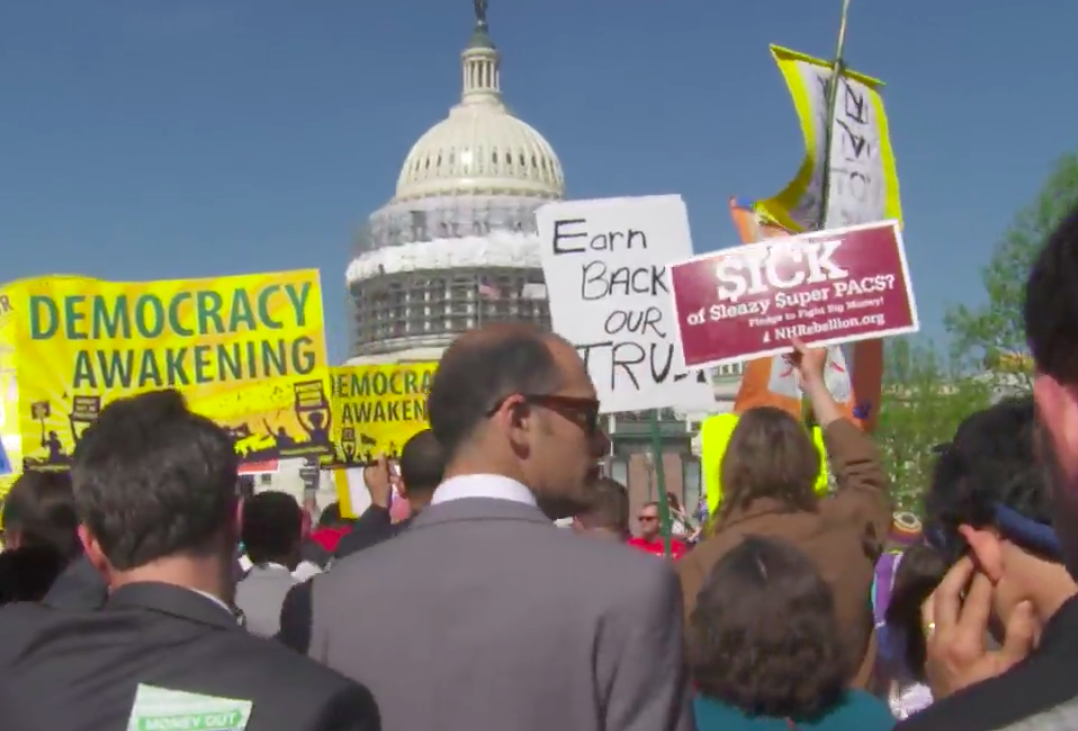 The vast majority of Americans have given up Washington. They’re fed up with the same-old, same-old, the political gamesmanship and policy paralysis. In the fight to fix America’s broken democracy, the states are now the battleground for civic action.

And surprise, surprise, people power is actually winning, state by state. Grass roots heroes are making a difference, restoring fairness, transparency and a more level political playing field. You’ll be inspired by the citizen reformers in “THE PEOPLE VS THE POLITICIANS.”

Amid a tide of revolts against politicians rigging elections by manipulating election maps, an amazing 62.9% super-majority of voters in Florida approved a plan to outlaw redistricting with the “intent to favor one party over the other” or to protect incumbents. And when the Republican-led legislature defied the voters and tried to pull off a clandestine gerrymander with GOP campaign operatives, Fair Districts Florida and the League of Women Voters took them to court and exposed an unconstitutional conspiracy.

With savvy computer sleuthing and three years of legal trench warfare, the reformers won a thundering decision from the Florida Supreme Court which struck down the GOP trickery and ordered eight congressional districts redrawn. Rather than face further legal punishment, Florida state senate leaders openly confessed they had done an illegal gerrymander. Maps for all 40 state senate districts were redrawn. The more competitive district maps had an immediate impact in the 2016 campaign. Five incumbents were ousted, political newcomers won and more upsets expected this year, too. 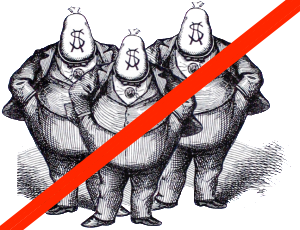 Connecticut’s Citizens Election Program clamps a limit of $100 on campaign donations, empowering small donors and reducing the influence of MEGADonors

Through five election cycles, Connecticut has demonstrated that public funding of campaigns not only works but has dramatically changed the political culture of the state. In legislative elections, roughly 80% of the candidates from both parties voluntarily choose public funding over traditional campaign finance, and in the last election for governor and statewide offices, 100% of general election candidates used public funding.

The political impact is palpable. Special interest lobbyists have less impact. Small donors have more political access. Campaigns are more issue-oriented. The face of the legislature has changed (more women, more minorities, and more middle-income lawmakers) and that has transformed the policy agenda. With the power of Big Money lobbies reduced, Connecticut has passed laws that were previously impossible – tough gun control measures, action against the death penalty, family leave, better school lunches, and much more.

In North Carolina, the Moral Monday movement led by Rev. William Barber, an activist preacher in the mold of Martin Luther King Jr, has beaten back threats to minority voting rights from a strict voter photo ID law enacted in 2013 by the Republican-ed legislature.

Moral Monday challenged the entrenched power of legislative leaders on two fronts – in weekly demonstrations at the state capitol that led to mass arrests and mobilizing progressive political forces, and in a lawsuit that eventually won court action. The Fourth Circuit Court of Appeals ruled that North Carolina’s photo ID law was unconstitutional because it targeted black voters ”with almost surgical precision.” The 2018 elections will test the impact of the court rulings.

California went on to enact one of the toughest disclosure laws in the country, to bar donors from ducking behind the tell-nothing names of groups like Americans for Responsible Leadership. Federal laws allow dark money donors to political nonprofits escape disclosure. But California law cracks down on political nonprofits by requiring any group that spends $50,000 in a California election to disclose its top ten individual donors by name. 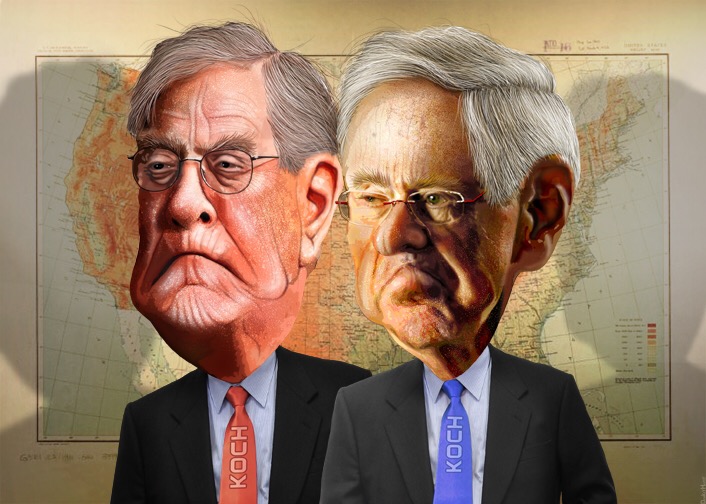 In South Dakota, a band of prairie populists flying under the banner of Takeitback.org has gone toe-to-toe with the Koch political network and the state’s power brokers and in 2016 came off a winner in a statewide popular referendum.

Even in this reddest of red states, where conservatives have an iron grip on state offices, the political rebels won a 52% majority for cleaner elections, limits on campaign funding, and democracy vouchers for ordinary voters to donate to candidates. Blatantly overriding the Will of the People, the state legislature nullified the popular vote, but the rebels are back again this election pushing for an anti-corruption measure in a statewide referendum.

At the Grass Roots, Reform Is Not a Partisan Issue

The spreading backlash against the Citizens United decision has won popular super=majorities in places like Washington State, Colorado, and Montana where most voters say “No” to the Supreme Court’s legal logic that campaign money is free speech and that in politics, corporations are equivalent to people. Now 19 states and more than 700 cities have gone on record against Citizens United and called for an amendment to the U.S. Constitution to restore the power of Congress and the states to regulate campaign funding.

As the breadth of these votes demonstrate, reform is not a partisan issue in Grass Roots America. Majorities of Republicans, Democrats and independents have turned out in force to vote for reforms to make our democracy fairer, more transparent and more inclusive.

Victories come hard and progress is halting. But reform is happening – and the more people know about its successes, the more likely they will take heart and take action in their home states.

Most importantly, these are not stories of Republicans vs Democrats. These are stories of the People vs the Politicians, of People Power rising up to rebel against the Entrenched Power of politicians in either party who are more interested in clinging to office than heeding the will of the people.