The Populist Earthquake of 2016

Washington – The political earthquake now shaking the foundations of the Republican Party throws into bold relief the unique feature of Campaign 2016 –  the fault-line this year is not the typical polar clash of Left vs Right, but a far more fundamental Up-Down cleavage between rank and file Americans and what C. Wright Mills years ago called “The Power Elite.”

In both major parties, the primary campaign has unearthed a mass mutiny against the Powers That Be, reflecting a profound rift in American society with ramifications far beyond this year’s election.

For a moment, think of the primary campaign as an MRI on our country. What does it tell us about America? Bernie Sanders and Donald Trump are the canaries, exposing what Arnold Toynbee, the great British historian of 21 human civilizations, called “schisms in the soul” of our society. 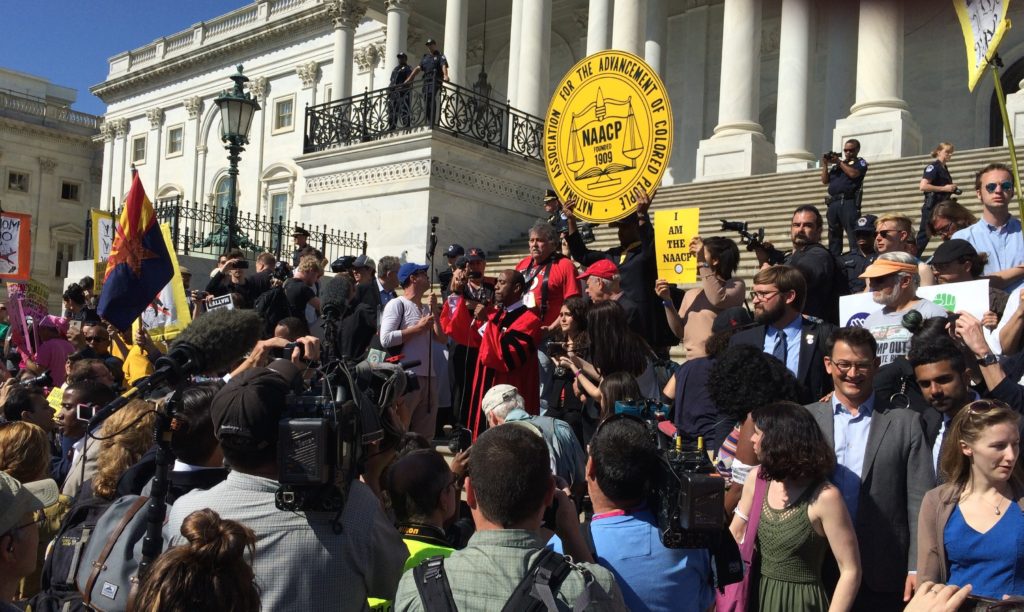 House Speaker Paul Ryan and establishment Republicans like Mitt Romney, and the Bush family seek to cast the battle for the soul of the Republican Party as an urgent rescue of true conservatism, the ideology of the Right. The Democratic establishment vocally fears that Senator Sanders will drag their party too far Left. But at its core, the power struggle in both parties is over control, over who will determine America’s policy agenda  – the party establishment or a disenchanted and now rebellious middle class.

The old paradigm of conservatives versus liberals has been overturned by a rampant populism inherited from Occupy Wall Street and the populist roots of the Tea Party. In both parties, the central clash is Middle America versus the power brokers, small donors versus SuperPACs, the 99% vs the 1%, agents of change versus defenders of the status quo, shared prosperity vs Trickle Down economics, a neglected majority versus an entrenched elite. 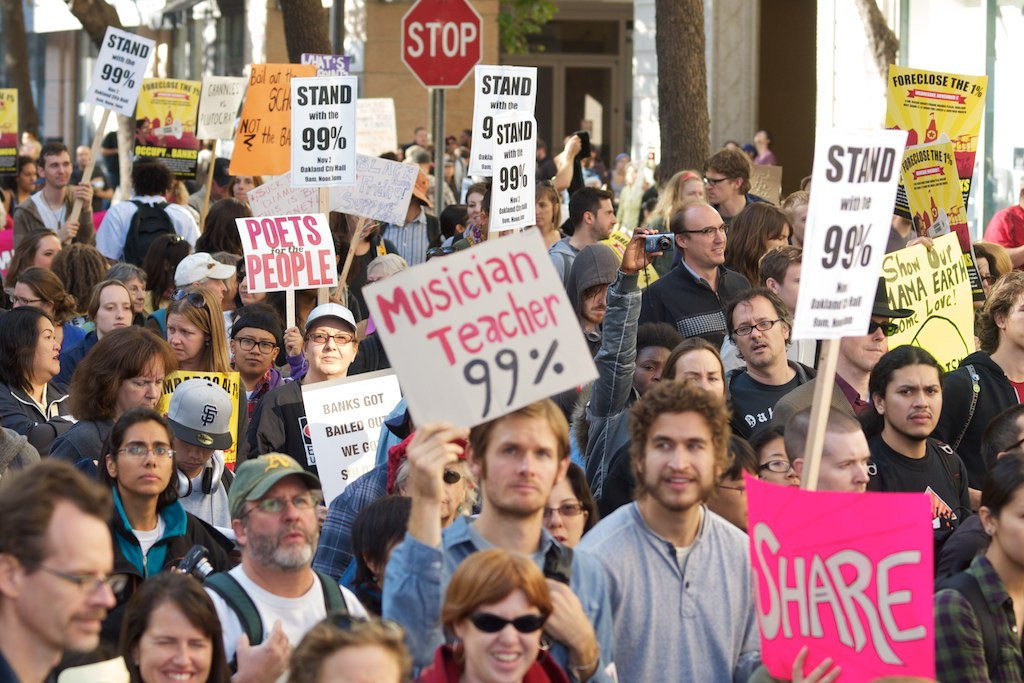 True, since Occupy put inequality on the map, it has been massively dissected. But for the first time, it now has real political consequences. We are a deeply divided country, perhaps less fundamentally by party ID than by money, power and by whom we trust and distrust.

Donald Trump, for example, could not have succeeded without the popular backlash against the GOP establishment, the loss of credibility among a string of veteran Republican governors and senators. Bernie Sanders would not still be winning primaries but for Hillary Clinton’s skidding favorability ratings because of mistrust about her elitism and her links to Wall Street.

Millions of Americans are disillusioned by what they see as a rigged political system, a popular suspicion documented by Princeton political scientist Professor Martin Gilens and his colleagues in their multiryan-year study of 2,000 votes in the U.S. Senate. They proved what average Americans have long believed: When it comes to making policy and passing laws, members of Congress are moved by the influence of the highly affluent and unmoved by majorities of middle class opinion.

To a degree unknown in decades, the corporate elite and billionaire MegaDonors who are used to managing the selection of the GOP nominee to their own advantage, find themselves shut out this year, and they are fighting now to get back in charge.

For it is not merely Donald Trump’s barnyard rhetoric and racist, sexist bullying that causes tremors for Speaker Ryan and Republican thinkers and power-brokers. What powerfully animates their anger is his rejection of pro-business Republican orthodoxy on issues like free trade, immigration, Social Security, and the minimum wage.

On the Democratic side, the party establishment and Clinton loyalists decry what they call the bogus lure of Bernie’s impractical idealism.  But what many find so unnerving is the prairie fire of rebellion that Senator Sanders has lit with his sallies against Wall Street, corporate trade deals, a lopsided tax system and politics dominated by MegaMoney.

What’s Churning in the Belly of America

Indeed, what has made Donald Trump and Bernie Sanders so hard to deflate, defeat or derail is that both candidates, whatever their downsides, have given voice to what’s churning in the belly of America this year: A volcanic anger among middle class Americans over being cut out of their fair share of America’s economic growth and being denied a serious voice in government. 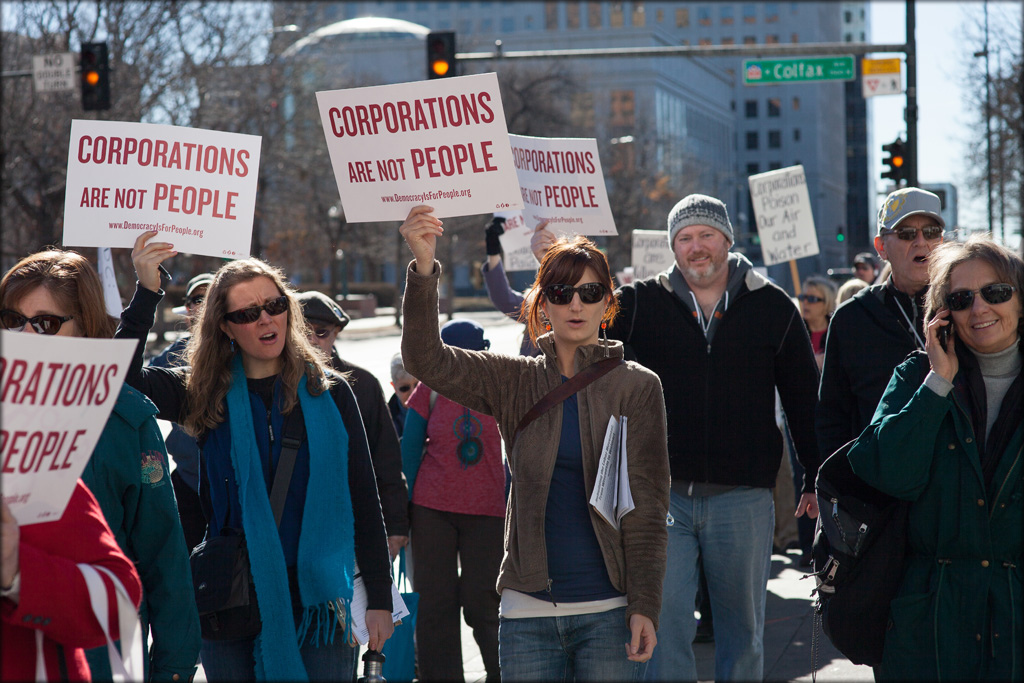 Ten million-plus votes cast for Donald Trump and nine million-plus for Bernie Sanders reflect far more than opposition to other candidates. They represent both populist antagonism to Corporate America and an erosion in public faith in American democracy and in the current version of American capitalism.

Time and again, pollsters report that 80% to 90% say our political system is broken, that corporations and special interests have too much power, and that Washington does not listen to average Americans. Most voters voice a parallel loss of faith in the major institutions of our capitalist economy.

A Pew Research Center poll last November reported that 56% of the public said large corporations have a negative impact on the U.S. and only 41% of Republicans thought big business had positive impact. Among 18-to-29-year-olds, a recent poll by Harvard’s Institute of Politics found that only 42% said they “supported” capitalism and just 19% identified themselves as “capitalists.”

“We’re Treading the Edge of a Precipice Here” 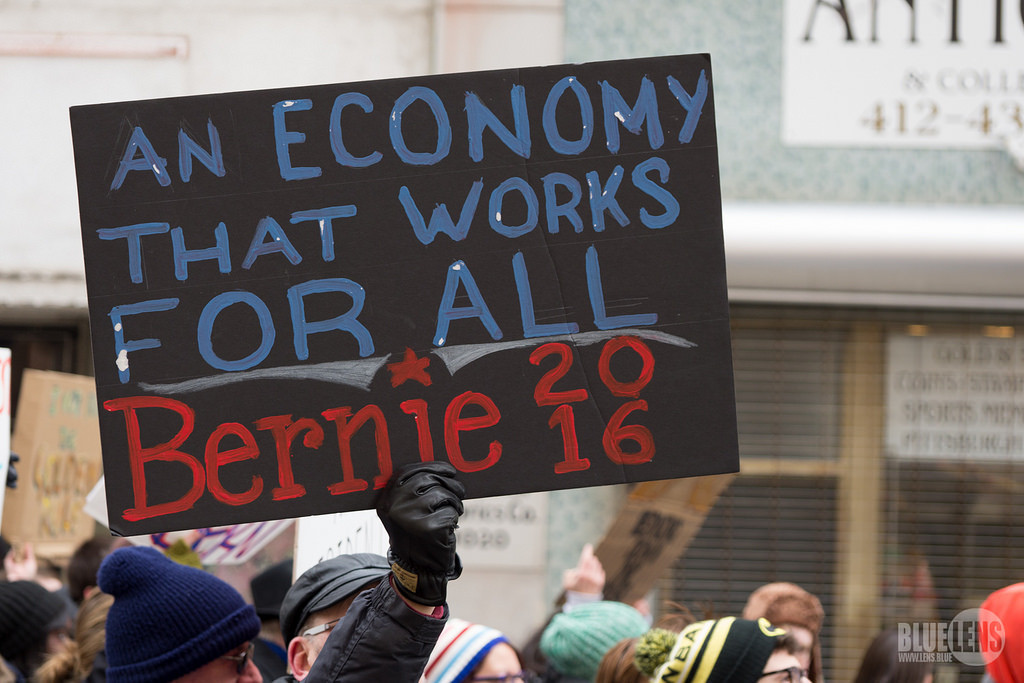 In short, this campaign has identified the fault-line in America today as wedge economics – the wedge between the nation’s economic growth and the middle class standard of living. That wedge emerged in the late 1970s and has widened ever since. Growth and productivity have risen dramatically over the past 30 years, but the median hourly pay and benefits of the typical worker have been stagnant. Over that time, corporate profits have taken an ever larger share of the nation’s income, and while the incomes of the 1% have soared, median household income is lower today than in 1999.

Not only progressive thinkers, but even some business leaders now see that this economic divide poses a long-term peril for our nation. Nearly 20 years ago, a decade before the collapse of 2008, the late John Gardner, the Republican founder of Common Cause, gave powerful voice to our national predicament.

“We are treading the edge of a precipice here,” Gardner warned. “Civilizations die of disenchantment. If enough people doubt their society, the whole venture falls apart.”

An earthquake of disenchantment is now shaking the foundations of our political system – seismic tremors that we need to heed.