Trump’s Long List of Promises – Can He Keep Them?

Washington –  Okay, let’s keep score. He’s thrown down the gauntlet. After taking the oath of office, President Trump used his Inaugural address to tar his presidential predecessors and most of Congress, whose members sat around him, as failures – “politicians who are all talk and no action.” So that’s Trump’s standard – action, not talk.

What his predecessors had bequeathed him, Trump groused, was American capitalism in retreat, a depleted American military, and a nation decimated by a “carnage” of violence and economic decline. But like a Sun King of old, our new Chief Executive proclaimed with unrestrained bravado that he himself, as champion of the people, would create a new American Utopia powered by the credo of “America First.” 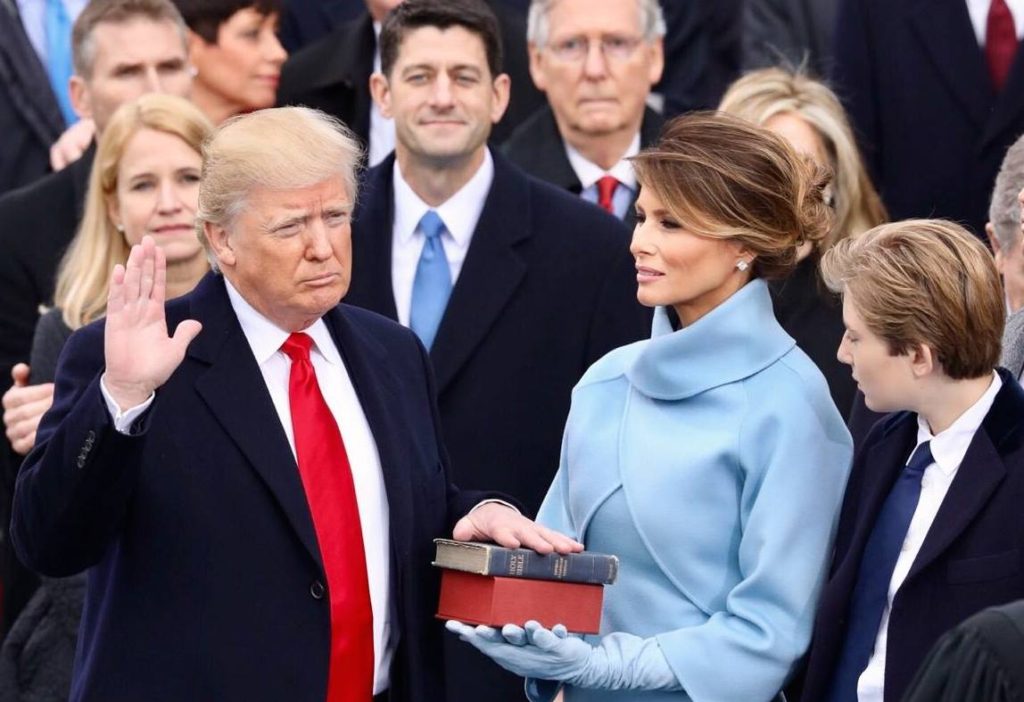 At least 663 Trump Promises to Voters

It is a brash and boastful agenda. Yet ambitious as the Inaugural sounded, that magical vision is  a small fraction of the Christmas boatload of promises that Trump showered upon  campaign rallies from Miami to Cincinnati to Colorado Springs and beyond in 2016. At Think Progress, a progressive media website, a research team led by Ryan Koronowski tallied no fewer than 663 specific Trump campaign promises, like these:

• “And we will produce 25 million jobs over a period of 10 years. [Charlotte, North Carolina, 10/14/16]
• Annual economic growth “…we’re bringing it from 1 percent up to 4 percent. And I actually think… you can go to 5 percent or 6 percent.” [CNN, Third debate, 10/19/16]
• Wages – “Many, many workers in our country are making substantially less money today in real wages than they made 18 years ago. They’re working two jobs instead of one.… We’re going to stop it. We’re going to create great jobs and we’re going to get the wages up.” [Dimondale, Minnesota, 8/19/16]
• Regaining 7.7 million lost manufacturing jobs – “In the year 2000, America had nearly 20 million manufacturing jobs in the Rust Belt. Okay? Today we have only 12.3 million manufacturing jobs left in the Rust Belt. We’re going to bring them back. We’re going to bring them back. We’re going to bring them back” [Cincinnati, Ohio, 12/1/16]
• “Apple and our other major companies will start making their iPhones, their computers, and other products in the United States. Not in China and not all over the world.” [Clive, Iowa, 9/13/16]
• Taxes – “So we have the big tax cut. And for companies, we’re bringing it down from 35 to 15%. Our companies are leaving our country. And we’re bringing it way down to 12.5% for middle income (taxpayers, and) to zero for people that aren’t doing so well.” [Loveland, Colorado, 10/13/16]

Even a Promise on Snowden

• Balanced budget in 5 years – “There are so many things that we can cut … and we can balance the budget very quickly.” Sean Hannity: You think in five years? Trump: “I think over a five-year period.” [Fox News – Sean Hannity show, 1/21/16]
• Eliminate entire $19 trillion in national debt in 8 years – “We’ve got to get rid of the $19 trillion in debt.” Bob Woodward: “How long would that take?….Trump: “Well, I would say over a period of eight years.” [Washington Post, 3/31/16]
• Edward Snowden will get kicked out of Russia – “(Putin) would never keep somebody like Snowden in Russia. … If I’m president, Putin says, ‘Hey, boom, you’re gone.’ I guarantee you this.” [CNN – Anderson Cooper 360, 7/8/15]
• “I’ll save Medicare. “Ben Carson wants to get rid of Medicare. You can’t get rid of Medicare. You know, Medicare’s a program that works.” [Fox News, 11/3/15]
• Lowering the boom on companies that export U.S. jobs and then try to sell products back into the US: “We’re gonna charge them a 45% tax on their product. And you know what they’re gonna say? They’re gonna say we’re not moving, because if we have to do that, it no longer makes sense to move.” [Colorado Springs, Colorado, 9/17/16] 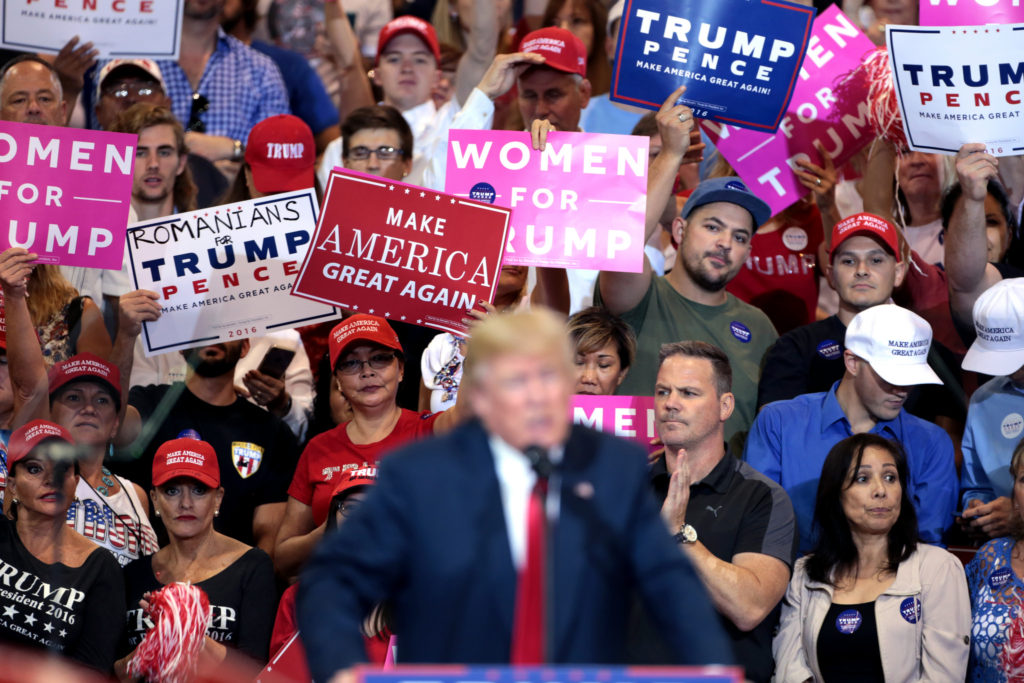 Add a border wall, paid for by Mexico, plus the sun and the moon, and the list is daunting, the challenge, well-nigh impossible, especially since Keynesian tax cuts and spending a trillion or more on the nation’s infrastructure add to federal red ink and clash with cutting the budget deficit and zeroing out the national debt.  Something has to give. Indeed, the largesse of Trump’s vision is likely to chill the fiscal veins of Republican deficit hawks in Congress.

But politically, that cornucopia of promises and the dream of better jobs were a powerful aphrodisiac for 62.9 million mostly middle and working class Americans, who fell in love with Trump last fall and now count on his ability to deliver and his loyalty to them and not getting sidetracked into an economic love affair with corporate leaders.

Given Trump’s looseness with facts, let’s be clear about benchmarks. For in politics, as in medicine, the first rule should be “Do No Harm” to what’s working. And contrary to his dark Inaugural, President Trump was handed an economy with a robust 3.5% growth rate, on an upswing for 75 consecutive months, with unemployment down to 4.7%, Wall Street stock market averages knocking at record highs, high corporate profits,  20 million more Americans with health insurance and a defense budget of $600 billion, more military spending than the next six nations combined. 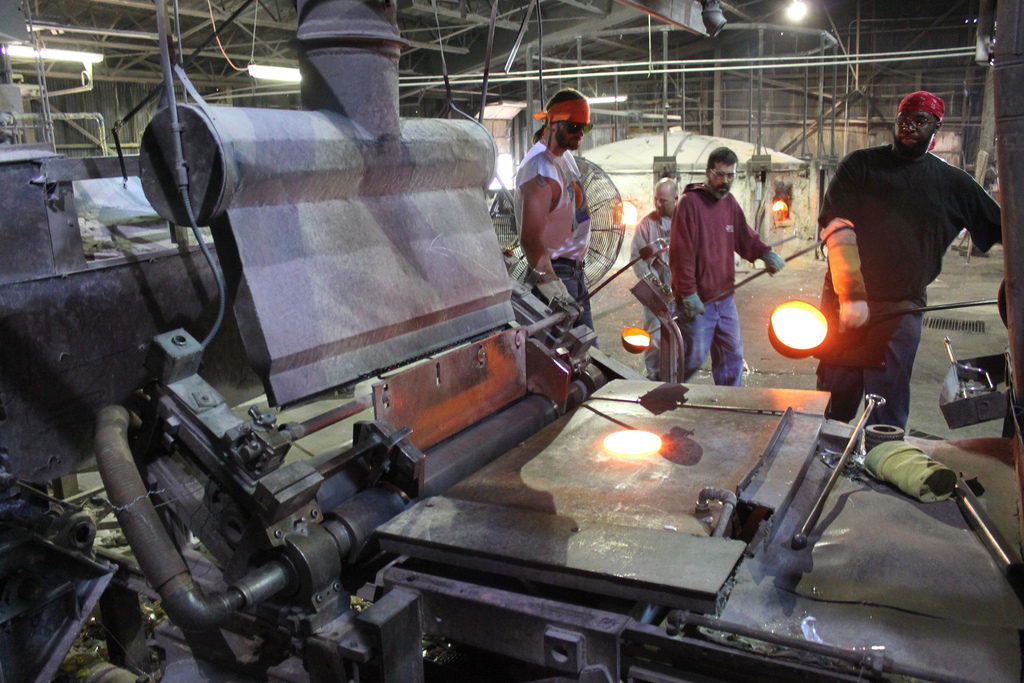 Against that backdrop, the key measure of Trump’s potential success or undoing is his impact on the central issue that fired his election victory – the populist revolt of America’s  middle class, angered at being economically left behind for three decades while the super-rich reaped 84% of the nation’s gains. In Obama’s final two years, the Labor Department reported, the wages of average workers began to move up  – 5.2% in 2015 and another 2.9% in 2016. Even so, the typical American family earns less nowadays than in 1999.

Can Trump Change the Mindset of CEOs?

Breaking out of middle class stagnation is “huge,” as Trump would say. He must sharply and visibly narrow the gaping inequality between the 99% and the 1%. Right after winning the election, his opening gambit was a high-profile Twitter barrage, bullying Carrier, Ford and GM against moving jobs to Mexico. Once installed in the White House, he waved the red flag of a heavy border tax and the carrot of reduced government red tape, regulations and taxes to a dozen major corporate CEOs to get them to keep jobs at home.

Economists have pooh-poohed the trivial effect of Trump’s jawboning CEOs to save a few hundred jobs here and there, in a massive U.S. economy that churns 1.5 million hirings and firings each month. But in fairness, Trump is obviously angling for a larger breakthrough. He’s out to change the mindset of America’s corporate leaders and get them to embrace an economic “American First” doctrine and follow the catechism, “Buy American and Hire American.” Not only is that like turning around an armada of battleships, one by one, but economists consider it an uphill fight against market forces.

After breakfasting with President Trump this week, a dozen CEO visitors came away chirping about cooperation. But that’s far cry from a firm commitment to bring home significant overseas production. It’s also far from clear whether a generation of CEOs, accustomed to making sure that the lion’s share of the nation’s economic gains go to the super-rich, whether those CEOs can be jawboned into sharing more of corporate profits with rank-and-file employees. Or will corporate leaders and Wall Street’s movers and shakers, who form the core of Trump’s Cabinet and inner circle, simply pocket Trumpian tax cuts for themselves and thus widen America’s economic divide?