Washington – The 2018 elections may be a mixed bag for Democrats and Republicans but this has been a boom year for grass roots political reformers, whose jackpot was the powerful WethePeople backlash in seven states against partisan gerrymandering.

Citizen rebellions in five states – Ohio, Michigan, Missouri, Colorado and Utah – forced referendums and won popular vote majorities this year to stop politicians from rigging elections by manipulating district maps and to turn that vital task over to independent, trans-partisan commissions or neutral experts, with the goal of giving voters a genuine choice by making campaigns fairer and more competitive. 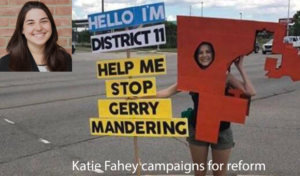 Plus, Florida and Pennsylvania, where gerrymander reforms implemented this year under court orders helped to fuel the change in control of the House of Representatives by generating a net shift of six congressional seats from Republicans to Democrats in those two states.

In a dozen other states, grass roots reform movements hit pay dirt this year with victories on a score of reform measures, ranging from Maine’s adoption of rank order voting and Connecticut’s joining the political movement to insure the popular vote victor wins the Presidency despite the Electoral College, to anti-corruption ballot initiatives in North Dakota and New Mexico and widespread action to make voting easier and supported by public funding.

The “Badass Grandmas” of North Dakota 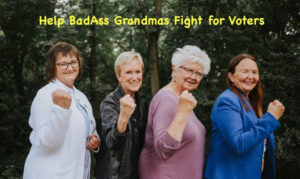 “We’re two grandmas from different sides of the aisle – a Republican and a Democrat working together,” says Butcher in their YouTube video ad. “We’re tired of secret contributions flooding into North Dakota to influence politicians,” chimes in Chaffee, “and we’ve had it with lobbyists and all the power they have in our state government.”

Elected officials pooh-poohed the grandmas, claiming that politics in North Dakota were so clean and that no ethics reform was needed. But the grandmas didn’t buy that pitch. They recruited volunteers, gained support from the League of Women Voters in North Dakota and collected enough signatures to put their reform on the ballot. And when it was put to a popular vote on November 6, their reform garnered a decisive 64% super-majority.

On campaign funding, landslide majorities in Phoenix and Portland, Oregon endorsed sunlight laws to expose campaign dark money and require that TV ads name major funders.In Massachusetts, a reform coalition rolled up a 71.4% majority to overturn the 2010 Supreme Court’s ”Citizens United” decision and to set up a citizens commission to press for amending the U.S. Constitution to restore the power of Congress to regulate campaign finance.

Portland City Commissioner Amanda Fritz, a leading advocate of public funding, predicted that these reforms would sideline major donors and motivate candidates to court small donors. “There’s going to be a lot more people throwing house parties and inviting you to come and listen to the candidates,” said Fritz.

Majorities in Denver and Baltimore and Denver also embraced public funding of local campaigns, now used in 21 states and several major cities. Denver, like Portland, passed a plan that prods politicians to pay more attention to average voters by offering a generous 9-1 public funding match for donations up to $50 to candidates who agree to spending limits and to take no contributions from PACs, or political action committees. In the same vein, New York City amended its public funding for local elections by offering a more generous 8-1 match for small donations. 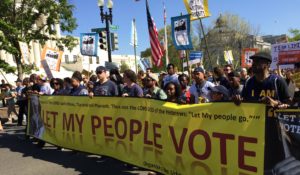 On voters’ rights, the most stunning breakthrough came in the battleground state of Florida. A surprising 64.5% super majority of Floridians voted in favor of a state constitutional amendment to restore the voting rights of former felons who have served their time, except for those convicted of murder or sex crimes.

Technically, Florida gains more than 1.4 million new voters overnight, in what is potentially a huge boost for Democrats. In early November, a Tampa Bay Times/Miami Herald analysis found that blacks were five times more likely to be former felons than whites and the 52% of those who lost their voting rights in 2017 were Democrats, 14% were Republicans and 33% had no party affiliation.

But that does not immediately translate into votes. Implementation will not be easy. State agencies have to update public records to restore the eligibility of former felons, and then the former felons, often wary of state bureaucracies, have to overcome their fear or apathy and register. So it is unclear how many will actually be on the voter rolls come 2020. But the potential consequences are momentous.

In 2018, seven other states moved to make voting and voter registration easier. Massachusetts, Nevada, New Jersey, Ohio and Washington all adopted “motor voter” registration – automatic registration or renewal when residents get or renew their drivers’ licenses. Maryland and Michigan voted for “same day” registration, ie. giving people the ease of registering on Election Day. Washington enhanced its system of voting by mail by having the state pay the postage.

But potential hurdles to voting were increased in North Carolina and Arkansas, where popular majorities voted to require photo IDs for voter registration and in North Dakota where voters passed a ballot measure requiring proof of citizenship to vote.

A previous North Carolina law requiring photo ID and imposing other restrictions was declared unconstitutional by federal courts, which found the law targeted African Americans “with almost surgical precision.” Angered by the court decision, the Republican super-majorities in the state legislature decided to put the issue before the voters and won a majority. Now the legislature, with much the same leadership as wrote the original law, gets to write the details of a new photo ID law and see whether it can pass muster.

In terms of long-term impact on our political system, the most earth-shaking changes this year were the successful grass roots revolts against partisan gerrymandering in Colorado, Michigan, Missouri, Ohio, and Utah. Although politicians still have the power to draw election maps in 35 states, partisan gerrymandering is on the defensive – facing challenges both from citizen reform movements and lawsuits in federal and state courts. In recent years, 15 states have adopted reforms. 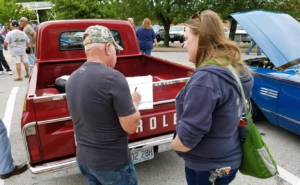 The popular backlash against politicians; rigging elections to stay in power was triggered by Red Map, the stunningly successful Republican strategy for dominating the redrawn of election maps after the 2010 census by winning control of as many state legislatures and governor’s chairs as possible in the 2010 election. Red Map marked the first time in American history that either party had attempted to do gerrymandering on a national scale, and it paid off handsomely. Experts calculate that the GOP has reaped a bonus of 16 to 22 House seats above its share of the popular vote starting with the 2012 election.

But that is about to change. In Ohio and elsewhere, more seat shifts and greater competition in congressional races are likely as more gerrymander reforms come into play after the 2020 census, thanks largely to the 2018 boom year of reform.
(end)