(Editort’s  Note: Five months ago, on June 4, this was our warning – and now Trump is doing just what predicted, using the mail vote to try to dispute and overturn the results of the election.)

Washington – The ominous threat behind Donald Trump’s mindless, factless fear-mongering about mail voting is that his real aim is not to oppose mail voting but to legitimize in advance his rationale for rejecting the election results, if he loses to Joe Biden, and for taking actions to subvert the Will of the People and claim victory for himself. While this may sound like fantasy, Trump’s action plan is under way and there are constitutional  grounds to fear this becoming a  reality

Perhaps you noticed that lately, Trump has been campaigning harder against mail voting than against Joe Biden, and this is no mere obsession. Trump trots out Chicken Little alarms to justify his refusal to do what all previous presidential candidates have done – commit to accepting the verdict of the voters and peacefully transfer power, if Joe Biden wins the vote. ”We’re going to have to see what happens,” he said recently, parrying a direct request for him to commit  to accepting the election results.”I’ve been complaining very strongly about the ballots, and the ballots are a disaster….Get rid of the ballots and you’ll have a very peaceful – there won’t be a transfer, frankly. There will be a continuation.”

Trump is about winning, above all else. He has shown little respect for constitutional norms. He uses them or abuses them to suit his personal advantage. When it suits him, he equates mail voting with vote fraud, even before voting takes place and even when Republican governors and secretaries of state reject his false accusations. But when mail voting works to his benefit, he quietly pockets the gains. 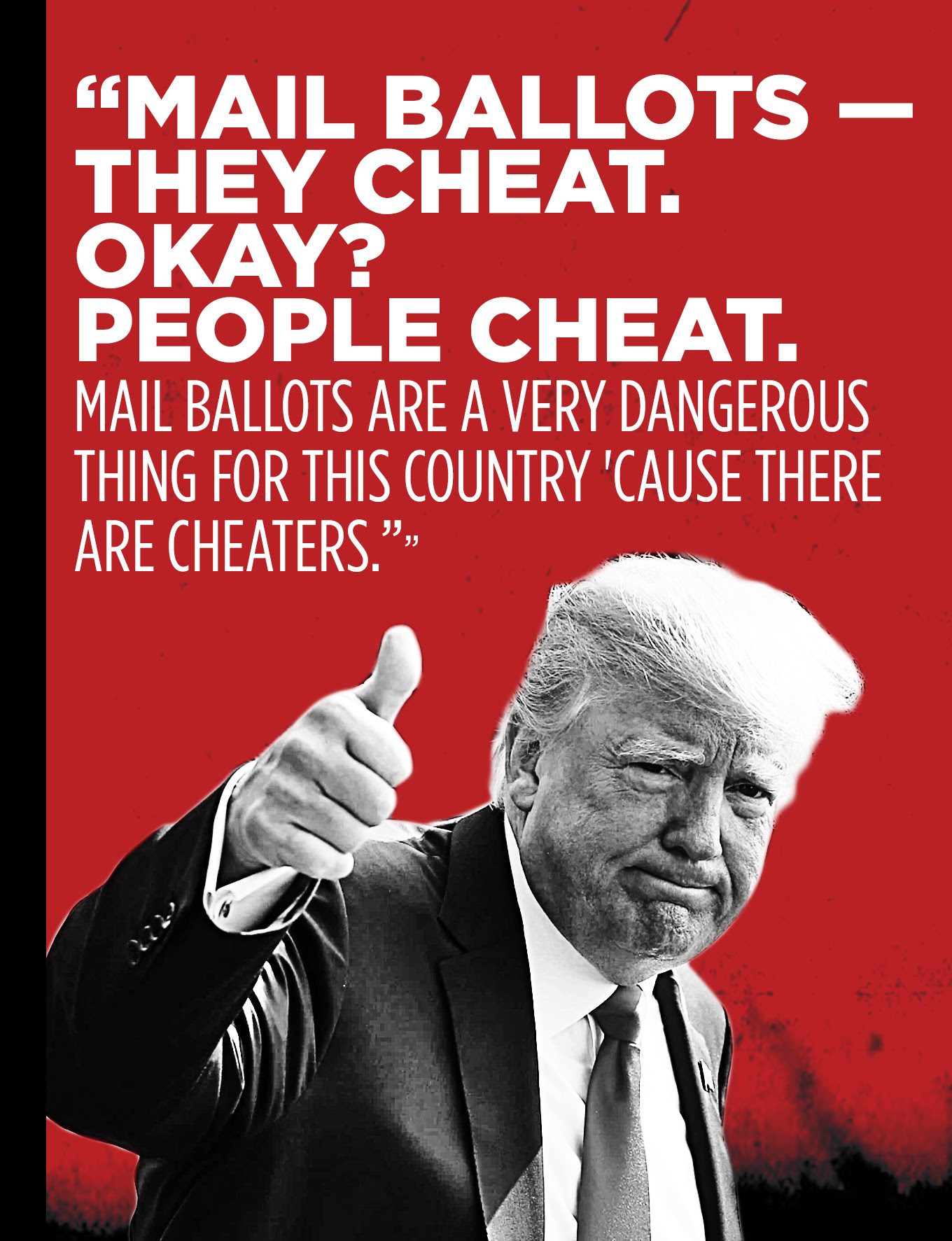 Imagine for a moment what Trump will say or do in November if we have a repeat of the cliff-hanger election of 2000, with some new version of Florida’s hanging chads, or an electoral vote, as in 2016, where the margin of victory was less than 80,000 votes spread across three pivotal states like Michigan, Pennsylvania, and Wisconsin.

In those scenarios, Trump’s current rants against voting-from-home-to-avoid-COVID-19 are a political insurance policy. They are a tool for his real objective – fomenting Republican mistrust of mail voting so that in the crunch of November, he can mobilize mass support – and Republican dominated legislatures – to challenge the legitimacy of a Joe Biden victory in any battleground state and simply proclaim a rigged election that leaves Trump in possession of the White House.

Trump’s Tweets Are a Rehearsal for November

For months, Trump has been rehearsing his lines for November, pounding them into the public mind so that his fabricated charges seem like reality to his political base: “The United States cannot have all Mail In Ballots. It will be the greatest Rigged Election in history. People grab them from mailboxes, print thousands of forgeries and “force” people to sign. Also, forge names. Some absentee OK, when necessary. Trying to use Covid for this Scam!”

Back in mid-summer, his mantra was embodied in tweet tantrums against mail voting in California, Michigan, Nevada, and other states where here fears losing. But he was amazingly silent this past spring when a heavy mail vote helped lift Republican candidates to victory in special congressional elections in California and Wisconsin.

If Trump’s antics and evasions seem fanciful, do the impossible for a moment and put yourself in Donald Trump’s shoes. The latest polls, even those from Fox News, show Trump running 5 to 10 points behind Joe Biden among registered voters nationwide and lagging Biden in such must-win states as Pennsylvania, Michigan, and Wisconsin. 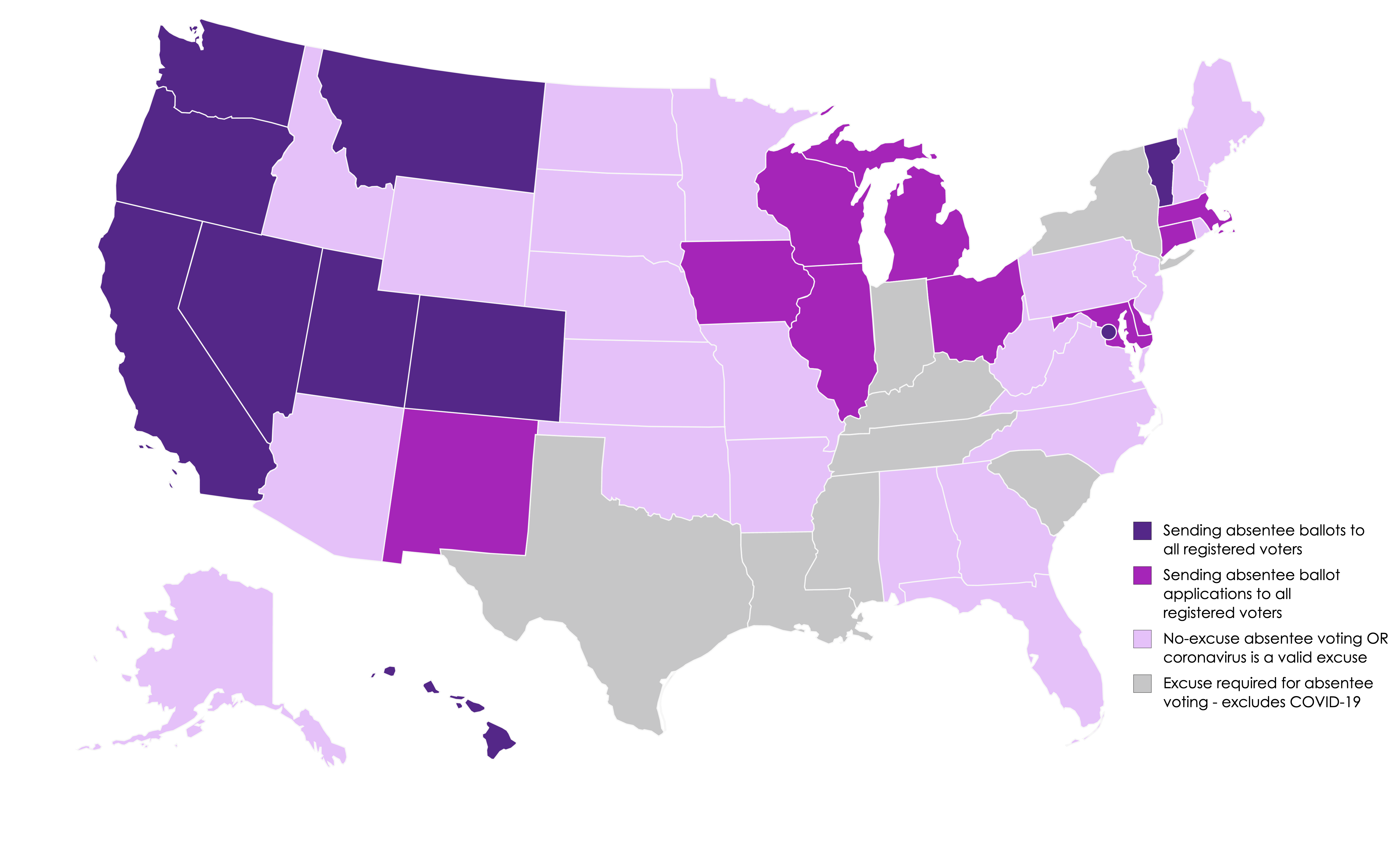 Of course, no one can bank poll numbers two months ahead of the election, but if you are Donald Trump, with a hyper-fragile ego and manic obsession for constant public adulation, those numbers are menacing enough to trigger a rash of reckless rants, especially when you hear bad news week after week after week.

You’re driven to fake imaginings like gratuitously fabricating a murder fantasy about former Republican Congressman Joe Scarborough in an aide’s death 20 years ago, or imagining an anti-Trump conspiracy concocted by Boy Scout former President Barack Obama or making your own dictatorial threats to deploy the U.S. military against civilian protesters as Chinese communists did in Tiananmen Square in 1989. In short, Trump’s toxic tantrums against mail voting, like other wag-the-dog distractions, are an acute symptom of Trump’s desperation.

Even in GOP States, Vote-by-Mail is Trending

Long before corona, mail voting was embedded in American elections. Thirty million Americans voted by mail in 2016, including millions of ballots for Trump, which he was happy to count. Our armed forces from the Philippines and Korea to Afghanistan, Iraq, the Indian Ocean and Europe vote by mail. The State Department estimates nine million American civilians live overseas, and they have to vote by mail.

Clearly, in the Year of Corona, Trump’s campaign team and Republican Party strategists know that Trump’s frenzy against mail voting stands little chance of stemming the tidal wave of mail voting this year. In  states like Pennsylvania and Iowa, some  Republican strategists worry that Trump’s indiscriminate blasts against mail voting could backfire against the GOP  by turning off affluent and senior Republican voters who have habitually cast absentee ballots in order to avoid the crowds and crush on Election Day. 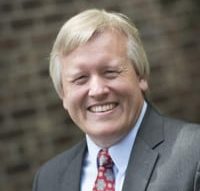 The pivotal swing state of Florida, with its huge retirement communities in Miami Beach and  South Florida and around St Petersburg and Tampa, is acutely vulnerable to such a fall-off in the Republican vote, says conservative Republican strategist John Pudner. As Pudner put it to the New York Times: “Just looking at the senior vote in many states, if there’s a falloff in that, if he loses a chunk of that and he loses Florida, he’s in big trouble.”

Faced with that reality, the Trump strategy is to create as many potholes as possible. In state after state, the Trump campaign and the Republican National Committee have mounted a barrage of lawsuits  to limit mail balloting, to impose restrictions and to tighten rules on certifying mail ballots, as well as blocking Congressional Democrats from providing more funds for hard-strapped state election boards to handle an anticipated avalanche of mail voting.

What Trump is banking on is heavy Republican voting in-person that, in TV broadcasts and other media on election night, will show Trump ahead in the early vote tallies, especially in battleground states like Florida, Arizona, Michigan, North Carolina,  Pennsylvania and Wisconsin. Trump’s game plan is to look like the winner on election night, based on the Republican penchant for voting heavily in person while most Democrats say they intend to vote by mail.

What that means, political analysts predict, is that the majority of the Republican vote will get counted first and broadcast to the nation on Election Night while the majority of the Democratic mail vote, favorable to Biden, will be counted later and dribble in over several days, slowly reversing early Trump leads but with a stuttering media message

What Democrats and some independent political analysts fear – among them, Bart Gellman, writing in The Atlantic- is that after a day or two of delayed counting, Trump and his legal army will claim fraud, call for a halt and mobilize  staunchly partisan Republican legislatures in Florida, Michigan, Pennsylvania, and elsewhere to stop the mail-vote count, and declare Trump the winner of their state’s electoral votes, based mostly on the live, in-person vote. As legal scholars note, the U.S. Constitution does assign state legislatures the final word on deciding how each state’s electoral votes are cast. And that’s the ultimate payoff for Trump’s propaganda war against mail voting. So stay tuned.