How Do Independents Get More Clout in Our Politics?

Washington – How about a pop quiz about  American politics?

You’ll like this poll, especially if you’re in your 20s, 30s, and 40s,  because it deals a lot with Millennials and Gen Xers. But it does include everyone, even retirees over 65. Here’s the question: What’s been the fastest-growing political party or movement in the U.S. over the past 15 to 20 years?

If you’re wavering between Republicans and Democrats, forget it. The most striking trend in American politics is the mushrooming growth of political independents, the so-called “NPA’s” or voters with “No Party Affiliation.” Given the unending media hoopla about parties and party warfare in Washington, you may have missed the massive trend of voter defections away from the two big parties. 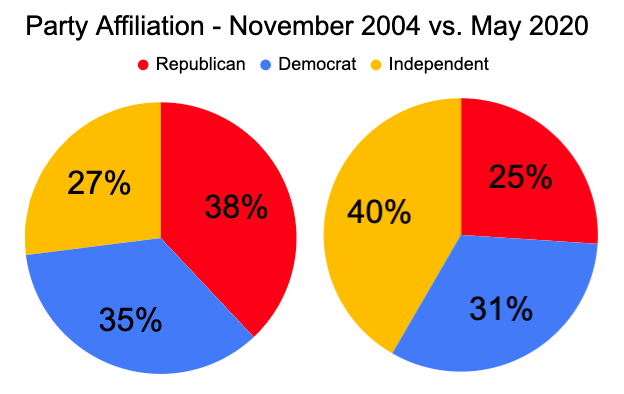 Back in November 2004, 27% of Americans described themselves as political independents to the Gallup Poll. Fast forward to this year and that number has shot up to 40% and it’s even higher (44%) among younger voters between 25 and 39 years of age. And of course, that boom among independents means that our two big parties have been shrinking since 2004, Republicans down from 38% to 25% and Democrats down from 35% to 31%.

Independents – Shut Out of the Most Decisive Elections

So the mass of political independents is huge, but their political power and influence fall far short of their numbers. It’s true that independents do occasionally swing battleground states in presidential elections, and that could be a big factor in 2020. But year in and year out, independents are shut out of the most important elections. Why? Because our political system is set up for the benefit of the two main political parties. Of course, they compete against each other but together they stack the laws and rules to prevent unwelcome competition from outsiders, like independents.

Not very fair, is it? Independents are taxpayers and taxpayers pay for most elections, but independents don’t get to vote in Republican or Democratic party primaries unless they agree to join the party. You may not pay much attention to primaries,  but you should. Primaries are the deciding election for 85% or more of the congressional races across the country and for the great majority of legislative contests in all 50 states.   Win the primary and that’s your ticket to elected office.

What’s more, primaries skew strongly left or right. Turnout is typically quite low. It’s mostly party regulars and ideological diehards and they tend to vote for extremist candidates. Big money donors and fringe groups can  have undue influence. So when the general election rolls around, political independents are often disgusted with the choices given to them by the party primaries. Many just opt out, complaining that their vote doesn’t count.

Unfortunately, they’re right – their vote doesn’t count for much, and that’s bad for our democracy. Independents are the biggest chunk of the American electorate.  So any election system that keeps independents on the sidelines doesn’t accurately reflect American society. So we need independents back in the game, with what is often their moderating influence. But how do we get them back? 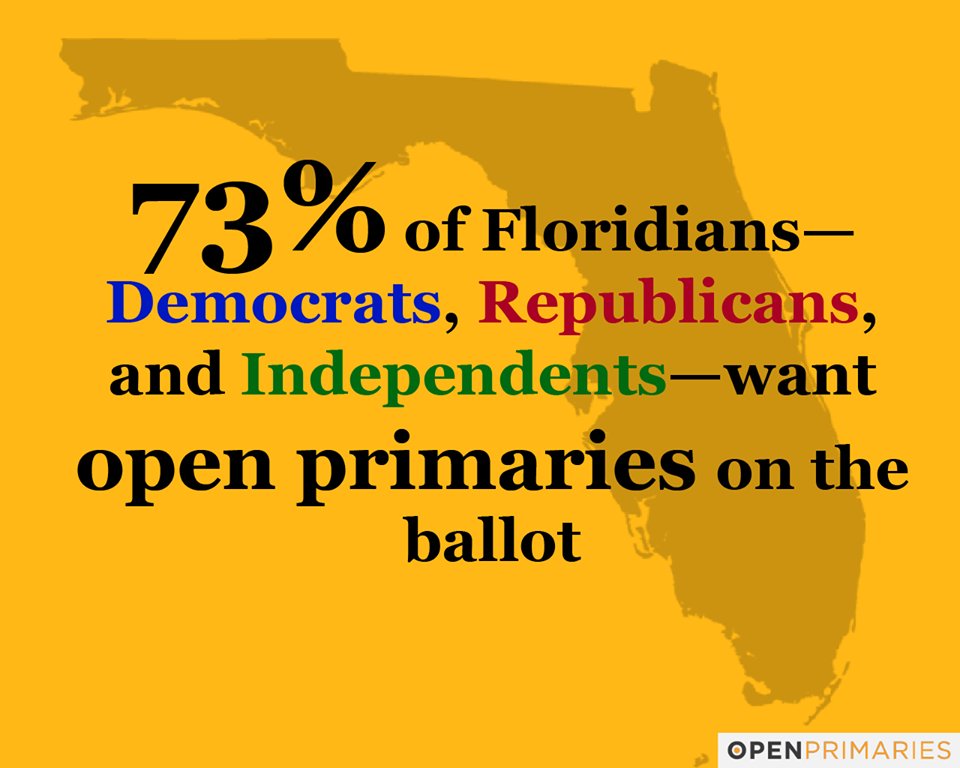 Fortunately, some reformers have an answer. Down in Florida this year, a broad grassroots coalition called All Voters Vote is pushing for the state of Florida to adopt a non-partisan primary for all statewide offices and the legislature as a way to include independent voters and reduce “partisan extremism” in state government.

Under the current party primary system, says All Voters Vote Chairman Glenn Burhan, a Tallahassee attorney, “lawmakers only have to answer to a tiny sliver of the electorate. In most cases, that means only answering to either the very far left or the very far right. This leads to polarization, stagnation, and hyper-partisanship.”  With an all-inclusive non-partisan primary added to the state constitution, Burhan says, elected officials will feel broader allegiance to a much wider constituency.

In place of Florida’s closed, single-party primaries. All Voters Vote favors a wide-open primary election where Republicans, Democrats, Greens, Libertarians, and all other candidates compete against each other and all voters, including independents, get to vote. The top two vote-getters for each office qualify for the general election.

With the League of Women Voters reporting that Florida now has 3.6 million voters registered as political independents, the non-partisan primary idea has caught fire in Florida. All Voters Vote collected 767.230 signatures to put their proposal on the November 2020 ballot for a popular vote. The Florida Democratic and Republican parties went to court together to try to block this proposal, but they lost. The Florida Supreme Court rejected their suit and qualified the reform proposal for a popular referendum.

Not only will the non-partisan primary include independent voters but its advocates contend that it will pressure candidates to move toward the political center. In order to win, the logic goes, candidates have to reach across party lines to appeal to all voters. In that kind of campaign, extremism, negative ads, and partisan warfare don’t sell well. Moderation and political pragmatism have broader voter appeal, especially among independents.

Well, you might say, “Nice idea, but it’ll never work.” Certainly, passing the non-partisan primary is a significant challenge.  Adoption of an amendment to the Florida state Constitution  requires a 60% super-majority and that’s a tall order. But in 2010, Florida voters passed gerrymander reform with a whopping 63% majority.

Whatever the outcome in Florida, there is already strong evidence that the non-partisan primary works as advertised. Since 2008, Washington state has been using what it calls a Top-2 non-partisan primary, like the Florida proposal, and it has had real impact on the state’s politics and politicians:

It’s that kind of track record that helped prompt California to adopt the non-partisan primary system in 2010 and that inspired reform movements in North Dakota and Florida to push for non-partisan primaries in 2020. In a way, the system is trying to catch up to the voters. As the mass of political independents grows, citizen reformers are devising ways to alter our party-centered politics and open them up to a wider range of voters.