Joe Biden Opts to “Go Big”- Will It Work? 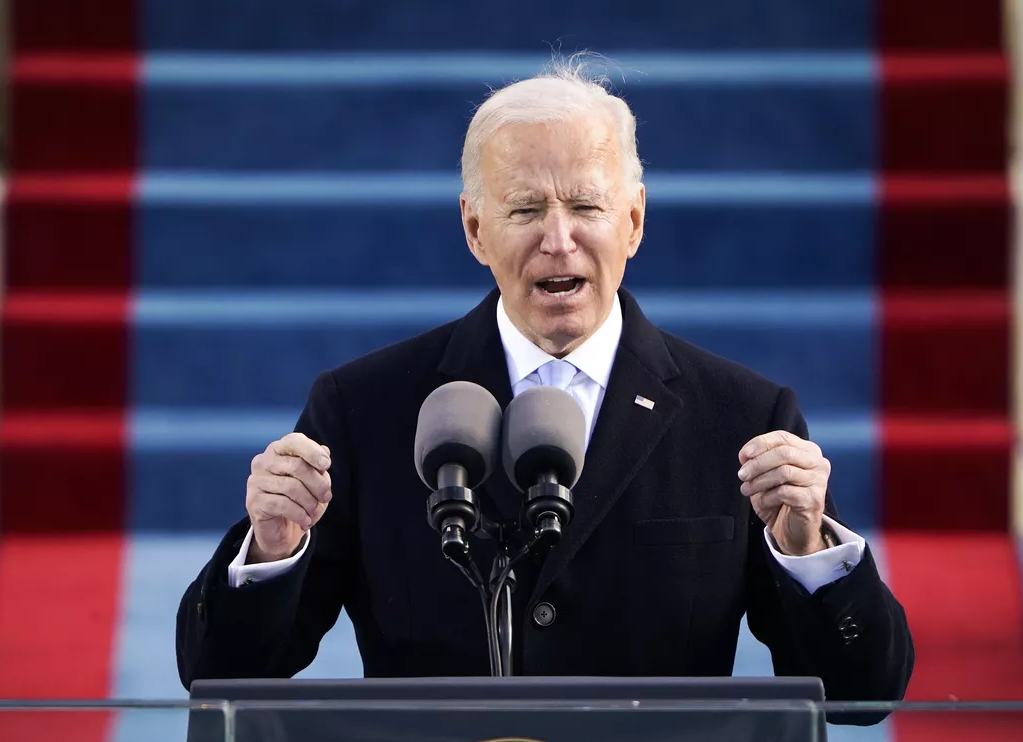 It sounds refreshingly bold and inspiring for Biden to pack into his Covid plan all the things that Democrats so long wanted for corona relief and that Republican Senate Majority Leader Mitch McConnell blocked – $400 billion for corona vaccine support, $300 billion for the state and local governments, $1,400 more for individuals, school aid and much, much more.

But given the deep polarization of the nation’s voters and the cancerous and unbowed hostility of Congressional Trumpers, “Going Big” is a high-stakes gamble that requires the new president to woo and win the support of moderate, pragmatic Republicans in Congress and to activate the bipartisan political center, once the essential component for major compromise legislation for earlier presidents, but now all but obliterated by the tribal partisan warfare of the past 20 years.

Big Payoff from Shock and Awe in Georgia

There’s no question that capturing majority control of the U.S. Senate along with a 221-211 edge in the House, has put the Biden administration in a stronger position to roll back the Trump era and to tackle an agenda of ignored issues like immigration and climate change.

Certainly even a bare Democratic Senate majority gives Biden assurance that his Cabinet appointees will be approved without having to run an unrelenting political gauntlet through McConnell’s 50 prickly Senate Republicans. It is also protection against Biden’s having to endure the humiliating torment of Senate committees, run by Republican chairs like Wisconsin’s Ron Johnson, endlessly investigating and hectoring his son, Hunter Biden. 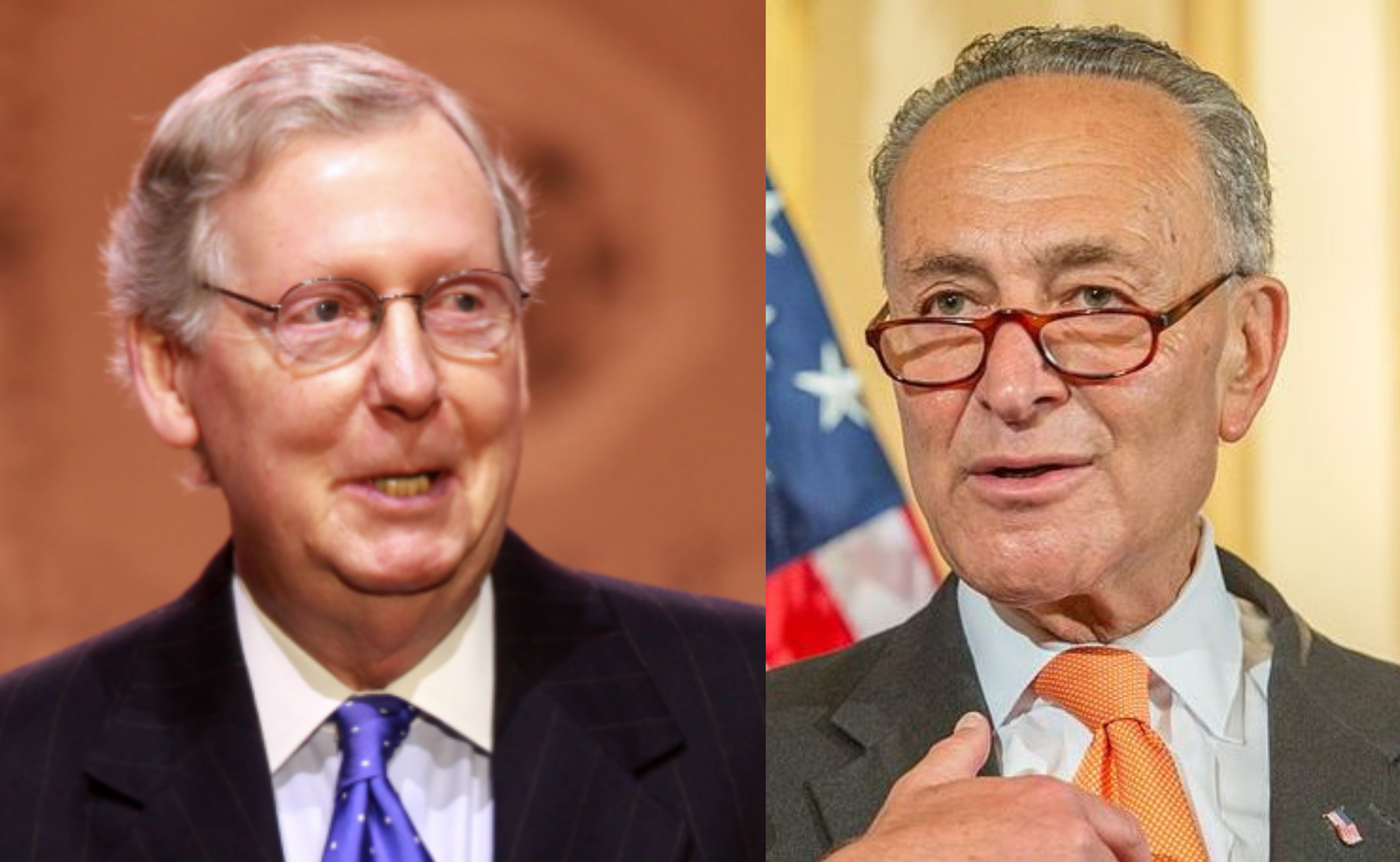 With New York’s Chuck Schumer officially installed as Senate majority leader and with a power-sharing agreement, Democrats have a good shot at setting the agenda instead of seeing their pet issues buried by McConnell. With Vermont’s Bernie Sanders in charge of the Senate Budget Committee, Biden’s spending targets and planned tax increases on corporations and the wealthy are in decidedly friendly hands.

Those are the political dividends from the shock and awe victories of Democratic Senate candidates Raphael Warnock and Jon Ossoff exploding political precedent in Georgia and shifting the heart of Dixie into the once unthinkable ranks of purple states, on the heels of Joe Biden’s equally shocking 11,779-vote victory over Donald Trump.

After Corona Relief, the Ballgame Changes

But with all that for Democrats to cheer about, their desperately thin margins in Congress do not arm Biden well enough to “Go Big!” across the board. They do not assure enough votes to pass major policy initiatives once the new President ventures beyond his first corona relief, tax, and spending package that can pass by simple majority vote under the Senate’s “budget reconciliation” rules. Those rules on budget bills allow the delicate political balance to work briefly in Biden’s favor – a 50-50 tie with Kamala Harris as vice president, casting the tie-breaking vote.

But after that, it’s another ballgame. Unless Democrats can change Senate rules, which seems highly unlikely given their precarious majority, it will still require Biden to garner 60 votes to break a potential Republican filibuster on any other major issue, such as immigration reform, climate change, or raising the minimum wage.

In short, once the first flush of corona relief makes it through, Joe Biden will have to bring into play his highly touted agility at working across party lines to revive the long-missing bipartisan center in Congress and to find ways to strike bargains with pragmatic, independent-minded Republicans, frustrated by inaction. With his long experience in Washington, Biden knows that is  daunting challenge in today’s climate of acid political divisions.

And so the new president began at once addressing that vital bipartisan center with his constant invocation of unity in his Inaugural Address.  “Unity is the path forward,” he urged. “With unity, we can do great things, important things. We can right wrongs. We can put people to work in good jobs. We can teach our children in safe schools. We can overcome the deadly virus.” The Inaugural was Joe Biden’s opening pitch to mainstream, pragmatic Republicans in Congress.

History Shows How to Bridge the Partisan Divide

Perhaps the shame, dismay, or anger of Senate Republicans like Utah’s Mitt Romney, Alaska’s Lisa Murkowski, Nebraska’s Ben Sasse, and Maine’s Susan Collins over the debacle of the Trump-provoked mob attack on Congress will prompt them to join Biden on some policy issues as a visible contribution to national healing. Perhaps even Senator McConnell, personally menaced by the Trump mob, will accept Biden’s offer of the olive branch on an early vote or two.

Perhaps the rise of the Problem Solvers Caucus in the House – 25 Democrats and 25 Republicans committed to fashioning bipartisan policy solutions – will help break the logjam of party-created gridlock in that chamber.

American political history is replete with precedents for bipartisan action. Contrary to the experience of a sharply partisan American electorate voter and a Twitter-tuned media schooled in the tribal politics of the Trump era, party-line voting has not been the norm over the sweep of American politics. Solid party-line votes – all Republicans and sometimes all Democrats all lined up in lockstep – are a modern phenomenon.

In 1973, when Joe Biden entered the Senate and even in 1985 when Mitch McConnell arrived, it was not uncommon for conservative “Boll Weevil” Democrats to vote with Republicans or for “Gypsy Moth” moderate Republicans to join forces with Democrats. In fact, from 1945 until 1993, there was not a single solid party-line vote on any major issue, until former Speaker Newt Gingrich led 175 House Republicans to vote 100 percent against Bill Clinton’s budget in 1993.

In the Senate, clusters of moderate Republicans like John McCain of Arizona, Bill Cohen of Maine, Arlen Specter of Pennsylvania, Mac Mathias of Maryland, Larry Pressler of South Dakota, and others, quietly wrote legislation with Democratic colleagues or provided the margin of victory for Democratic presidential initiatives. Conservative Democrats like Joe Lieberman of Connecticut occasionally sided with Republicans. For many years, that’s how the political work of government often got done- through compromise at the political center.

The question now is whether Joe Biden, with 47 years of experience in political Washington, can tap effectively into that tradition and whether any Congressional Republicans, facing retribution from GOP colleagues or violence from Trump’s most militant and armed partisans, will dare to exercise their political independence for the sake of moving national policy forward. IF Biden, can pull that off, it will certainly turn the politics of the last four years upside down.