(Author’s Note: Neil Sheehan and I worked together during the Vietnam War – in Saigon, Washington and on The New York Times Pentagon Papers series, the TOP SECRET internal Pentagon history of the war. Neil Sheehan died Jan. 7 at age 84. This is my memorial tribute to Neil, as a friend, colleague, and a reporter who helped force a moral reckoning in America.)

SAIGON, January 1964 – “It looks like a coup,” Neil Sheehan said. “I’ll call Mordecai. He’ll know whose tanks those are.” I had just told Neil that I had seen tanks in the streets surrounding the home of Gen. Duong Van Minh, then the South Vietnamese leader.

It was normal for tanks to be on guard to protect Big Minh, as he was known, but what caught my eye was that the tanks’ guns were pointed inward at the house, instead of away from it, menacing Minh instead of protecting him. It struck me that someone might be putting Vietnam’s commander-in-chief under house arrest.

I had recently replaced David Halberstam as The Times’s correspondent in Vietnam and had inherited the working partnership that David had established with Neil, who was then working for United Press International.

As a one-man U.P.I. bureau competing with three Associated Press rivals, Neil usually had to stay in Saigon covering military briefings and Buddhist monks’ self-immolating in protest against the repressive U.S.-backed Catholic regime in Saigon while David went out to the Mekong Delta to cover the Vietcong raids against government posts. They covered each other’s backs and shared their reporting.

Already at 27, Neil was like a combat-seasoned veteran from the world of John le Carré, a Cold War journalist in a battle zone of an undeclared war, exposing the corrupt regime of President Ngo Dinh Diem and the brutality of his brother Ngo Dinh Nhu, the head of the secret police, and forever penetrating what Neil had already come to see as the veneer of official lies about supposed Vietnamese Army victories over the Vietcong. 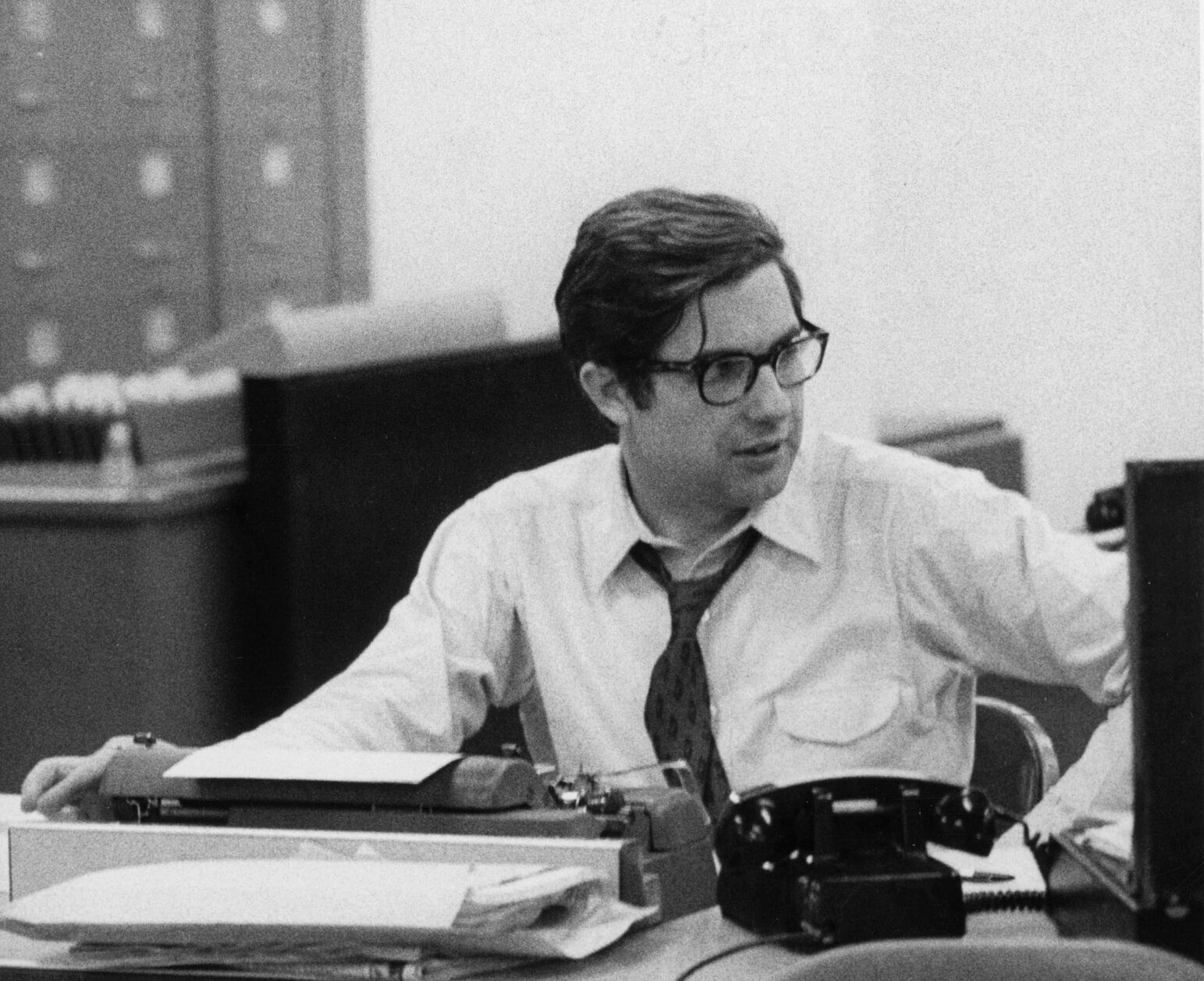 There was nothing Neil loved more than cracking a good story, and he had the means to do it. Neil and David had pieced together a rich network of strategically placed sources, one of whom was a steel-haired C.I.A. agent named Lucien Conein, a major source of theirs on the coup d’état that overthrew the Ngo regime in November 1963.

Conein had lost two fingers during what he had described as “a dangerous secret mission” — according to his Times obituary, it was in fact a botched repair of “a car carrying him and his best friend’s wife to an assignation, so the story had a basis in truth.” With a twist of Irish humor, Neil had code-named Conein “Mordecai,” after a Chicago Cubs Hall of Fame pitcher known as Mordecai “Three-Fingered” Brown.

We needed Mordecai that morning in Saigon. It was not yet 7 a.m., but Neil and I immediately went off in search of the story. When we stopped by the U.S. Embassy to ask what staff members knew about the tanks at Big Minh’s house, the overnight duty officers dismissed the tank action as some unusual but inconsequential military exercise.

How We Evaded a Communications Blackout

Unconvinced, Neil began reaching out to Vietnamese military officers, young colonels, to identify the units involved. I tried some contacts that David had passed along to me. Eventually, Neil reached Mordecai, who confirmed what the Vietnamese colonels had told Neil: Units from I Corps led by Gen. Nguyen Khanh were staging a coup to overthrow the military junta led by Big Minh.

At Neil’s U.P.I. office, just off Tu Do Street near the old Caravelle Hotel in downtown Saigon, Neil and I banged out our stories on rickety old Olivetti typewriters and raced off to the PTT, the telegraph office, to send our coup reports to U.P.I. in Tokyo and The New York Times in Manhattan. But the telegraph office had just been ordered to shut off communications with the outside world, and the teletypists were finishing some messages begun before the shutdown order came in.

Ever resourceful and never daunted, Neil had arrived armed with half a dozen bottles of Johnnie Walker Scotch, which he had purchased at the U.S. military commissary, and he grandly doled them out to the two supervisors on duty and two teletypists. They quickly went to work on our stories, adding them to the last outgoing messages.

I was astonished that such a relatively small bribe worked such wonders. “Oh, no,” said Neil. “I keep these guys well supplied. They really like Scotch. I come by every week with a few bottles.” Then he said, with a toothy smile, “Good will, you know. Essential in our business.”

We had been very lucky, but Neil was a reporter who made luck work for him by being smart, prepared and very well connected. Our competitors were not so lucky that day. The PTT shut down right after our stories cleared Saigon. Neil’s A.P. rivals were stuck with an earlier, mistaken story that a coup attempt had been blocked, evidently relying on the embassy’s version.

In later years, after The Times had hired Neil, we collaborated on many more stories on the internal wars over Vietnam policy in the Johnson administration. Neil was great to work with because he savored both the camaraderie and the mission. He was doggedly loyal to and open with his friends and partners, and he was fiercely driven to get the story. No matter what the barriers, Neil never gave up.

As a reporter, Neil was unflinchingly honest, restless, daring, skeptical, troubled, relentless, probing. Perhaps because of his Irish roots, he was instinctively drawn to the underdog. He was at his best and happiest being a thorn in the side of the establishment, especially about Vietnam, where he had seen the horrific casualties of war, civilian as well as military, airily brushed off as “collateral damage” by American military and civilian leaders.

Until the Pentagon Papers, our most explosive story was the revelation in March 1968 that the request from Gen. William Westmoreland, the United States commander in Saigon, for 206,000 troops, on top of the more than 500,000 already in the war zone, had set off volcanic opposition within the senior policy ranks of the Johnson administration.

By cross-roughing Neil’s reporting in the Pentagon with my reporting at the State Department and the White House national security apparatus, we were able to document the growing dissent within the government with a blockbuster story that hit the Sunday New York Times two days before the 1968 New Hampshire Democratic primary. President Lyndon Johnson suffered a moral defeat in that election and very quickly rejected Westmoreland’s request for more troops, ordered a cutback in American bombing of North Vietnam and ended his campaign for re-election.

In 1971, working on the Pentagon Papers story, when Neil and I were holed up together for three months in a suite of the New York Hilton hotel on Sixth Avenue in Manhattan, I saw Neil go into his John le Carré conspiratorial mode — understandable, given the 7,000 pages of “TOP SECRET EYES ONLY” documents we were hiding. 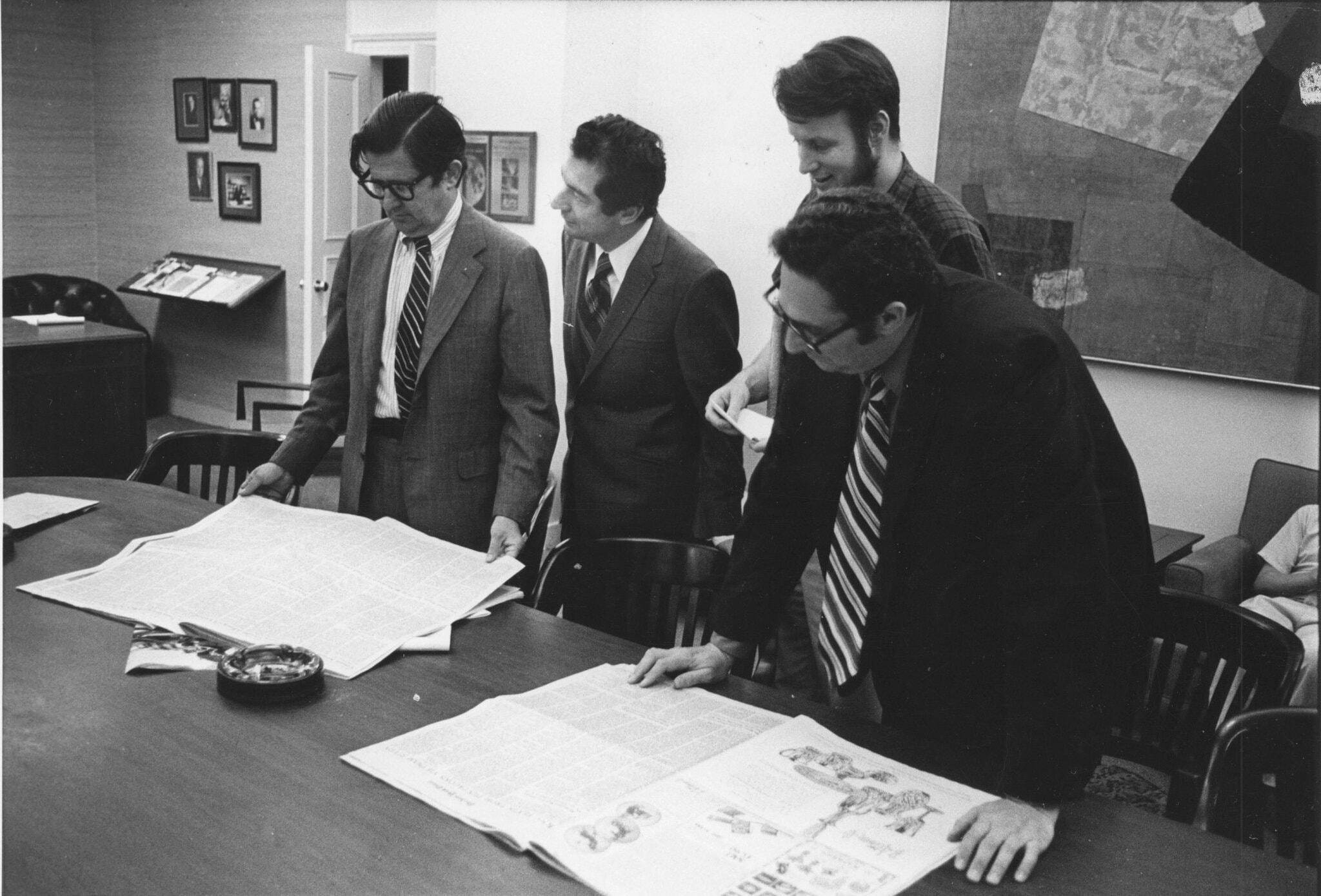 Neil had our suite of rooms registered in the unrevealing name of Gold-  actually, Gerald Gold, The Times’s deputy foreign editor. We were afraid that if we used our own names, the F.B.I. would find and arrest us before we could get the Pentagon Papers into print. Neil was sure the F.B.I. was tapping our phone. I was skeptical.

Naïvely, I told Neil that I didn’t think the American government would stoop to tapping the phones of American reporters unless they suspected us of espionage — only to learn two years later that the F.B.I. had previously tapped my home telephone in 1969 because President Richard Nixon had been greatly angered over leaks that wound up in stories I’d written about his Vietnam policy. And those stories were mere hand grenades compared with the kilotonnage that Neil and I now confronted.

So we took precautions. When we ordered room service, we were always “Mr. Gold.” And that is also how we answered the phone. Neil made sure I followed protocol on that.

By this time, Neil and I had each written many stories about the dissembling, distortions, sham reports and outright lies of the Kennedy and Johnson administrations over Vietnam, only to have them knocked down and denied over and over again by government spokesmen. So it was immensely rewarding to see proof in the government’s most highly classified documents that our reporting had been accurate and that our inside sources had been honest and on the mark.

The People’s Right to Know – Bought with Blood and Treasure

But it was also a shock, a palpable body blow to open up documents day after day after day and see how often, how easily, how callously high government officials, civilian as well as military, had lied to or grievously deceived Congress, the media and the American public, and how, even as reporters wary of governmental deception, we had often understated reality.

With a sense of vindication, his sharp brown eyes blazing with anger and amazement, Neil would almost lunge at me as he charged bitterly, many times after each new stunning revelations:

“Rick, these bastards in government have been lying to the American people for years and years and years, lying about a war and policies that they knew weren’t working and that they knew the American people would never stomach if they were told the truth. And now we’ve got the goods on them” – and he relished and repeated that phrase – “we’ve got the good on them, in their own words, in their own documents, and they can’t deny the truth any longer. The American people have a right to know the truth now. They have paid for this truth with blood and treasure, tens of thousands of lives lost and all that the money wasted when it could have been doing good in our own country.”

It was that powerful passion, that profound moral fervor about the people’s right to know the truth, however ugly, however awful, that marked Neil Sheehan as a unique reporter — and that made him uniquely able and morally empowered totrack down and  tell the most compelling and important story of the Vietnam era.

Hedrick Smith is a journalist and PBS documentary film producer. He worked as a reporter, editor and Washington Bureau Chief  for The New York Times from 1962 to 1988. He was a member of the Pulitzer Prize-winning team, along with Neil Sheehan, that produced the Times’s Pentagon Papers series.