OK, Joe, What’s Next? Voting Rights or Jobs and Taxes?

Washington -Joe Biden’s stunning victory on his boldly ambitious $1.9 trillion corona relief package and its striking popularity with voters, including grassroots Republicans, now tempts many Congressional Democrats to think that they can go-it-alone and leave Republicans on the sidelines.

But will it work? Senate filibuster rules are a formidable, if not insurmountable barrier. The President has picked up on the idea of tightening the filibuster rules and forcing senators to actually talk. But Republican leader Mitch McConnell warns: Try it and I’ll paralyze the Senate.

What’s more, Joe Biden likes to cast himself as a proponent of unity and a bipartisan persuader. And he sees that some Senate Republicans like pro-business  Mitt Romney of Utah and right-wing, blue-collar Trumpers like Josh Hawley of Missouri and Tom Cotton of Arkansas have signaled their willingness to work on raising the minimum wage.

In his first 50 days, Joe Biden has opened up possibilities. He has done much more than pass a massive, potentially historic economic recovery bill. He has cooled the temperature and altered the political climate. He has sidestepped Republican culture wars and shifted media attention from the terrible T’s – taunts, tweets and Trump – to the popular P’s – people, policy and pragmatism. 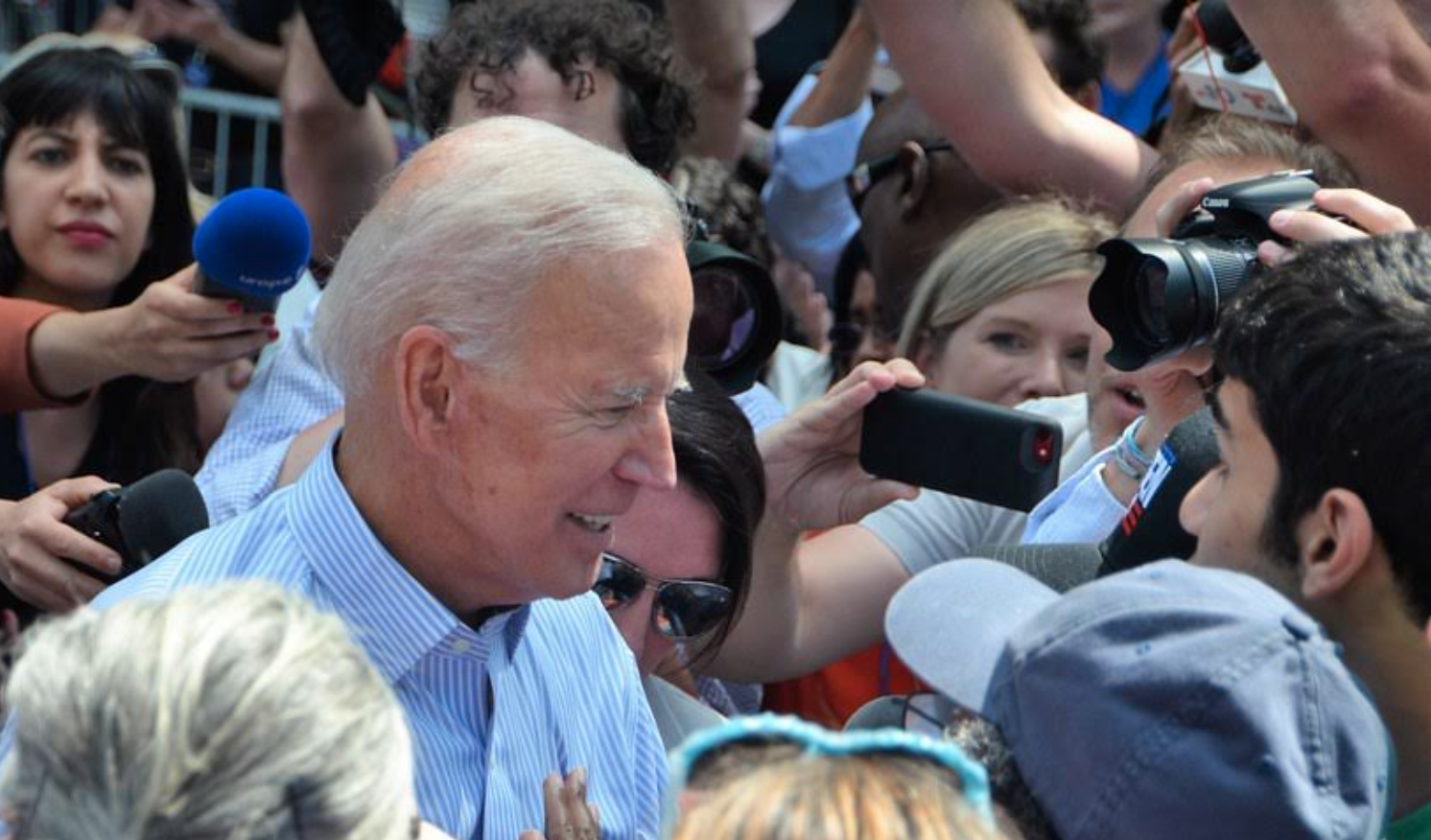 With deliberately understated rhetoric, Biden is keeping the country focused on the future – getting vaccinated, opening schools, celebrating July 4th with family and friends. His plain talk evokes the Fair Deal of Harry Truman. “Shots in the arms and money in the pockets. That’s important,” is the Biden mantra. “The American Rescue Plan is already doing what it’s designed to do – make a difference in people’s everyday lives.”

The pundit class may wallow in speculation about Donald Trump’s intentions in 2024 or in pointing to polls that show70% of Republicans still distrust the 2020 election. But Biden is evidently betting that his corona bill will play as well in Trumptown as in Bidenville and that tens of millions of Trump base voters will happily cash those $1,400 relief checks. Also, from now through 2022, Biden’s color-blind safety net against child poverty will pump $300 a month to millions of working-class parents, rural whites as well as urban Blacks and Latinos.

A Defining Moment for the Biden Presidency

So Biden has set the table and now he faces a defining moment. What’s next? What comes first? Voting law reform? Raising the minimum wage? or an infrastructure bill that generates jobs and rolls back Trump tax cuts for the rich and corporations? 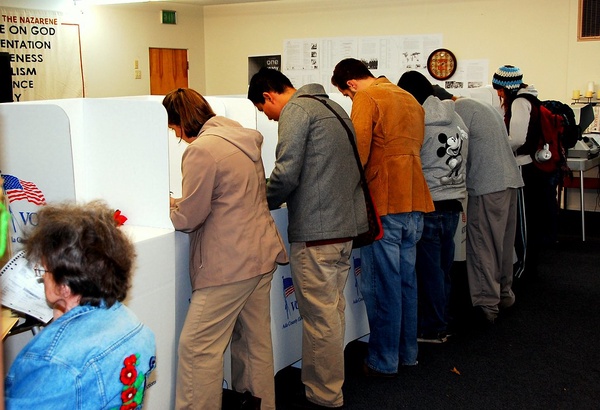 On Capitol Hill, Democrats are riding high and hungering for voting law reform. They’re alarmed by the Republican push in state legislatures from Georgia to Arizona to tighten voting laws and cripple the expanded mail voting and early voting that generated record turnout in 2020. To Democrats, this is flat-out Republican vote suppression, aimed at winning back the House and Senate in 2022 by handcuffing the Democratic base.

The Democratic deterrent is HR-1, the For the People Act, a sweeping election law reform bill passed by the House Democratic majority. If adopted by the Senate, it would block restrictive state laws and standardize broadly popular voting rights measures such as no-excuse mail voting, automatic and same-day voter registration, and making Election Day a holiday.

But it is a non-starter in the Senate because of a Republican stone wall. Under current rules, it takes 60 votes to shut off a filibuster and bring a bill to the Senate floor for action, and the Democrats have only 51 votes, if they can get to include Vice President Kamala Harris.

Democrats Hunger to Kill the Filibuster

To Democratic progressives, now is the time to break out and strangle the Senate filibuster. They see voting rights as the ideal vehicle. But Democrats lack the necessary Senate majority because of opposition to rules changes among their own ranks from Senators Joe Manchin of West Virginia, Kyrsten Sinema of Arizona and Diane Feinstein of California. 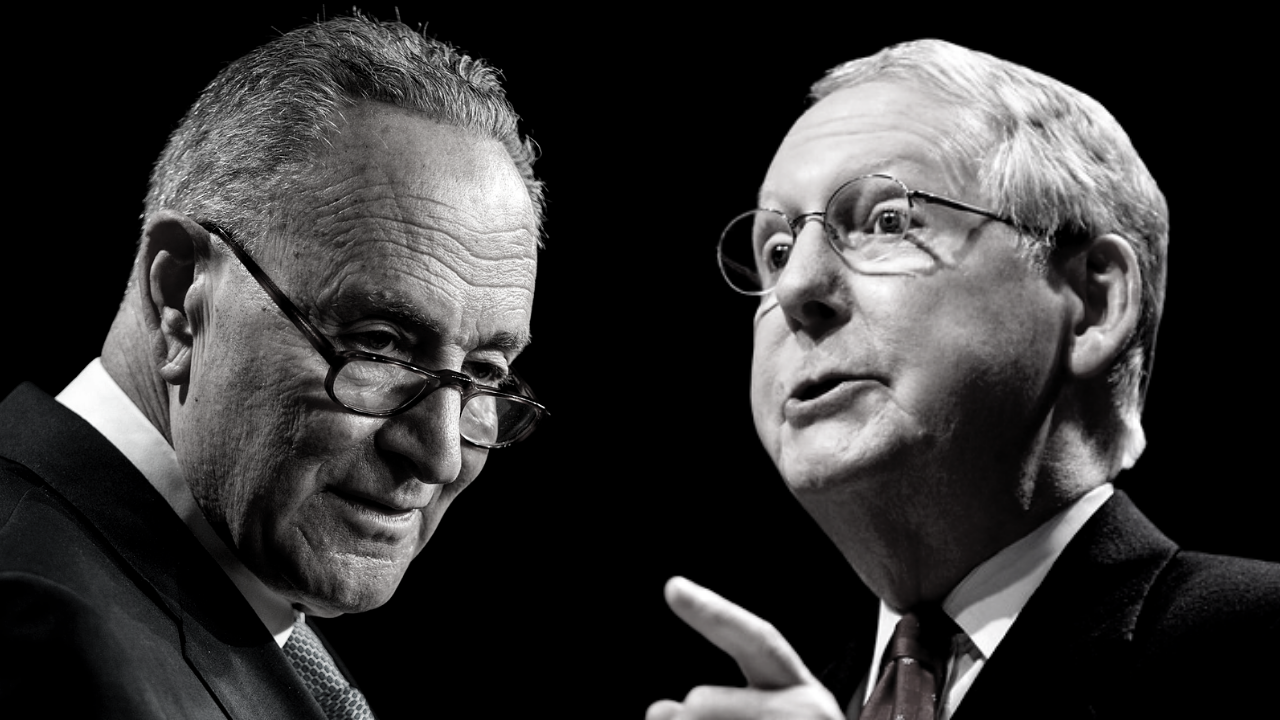 It is notable Chuck Schumer, the chief Democratic vote-counter and leader in the Senate, has not yet committed to attacking the filibuster rules. Not only is Schumer short of votes, but he has to reckon with Mitch McConnell’s threat to retaliate by totally immobilizing the Senate with “scorched earth” tactics.

But what McConnell has publicly conceded is that Democrats have one more shot this year to outflank Republicans in a big way. If the Democrats go for a major infrastructure bill, he says, they can – just one more time – use the same budget reconciliation procedure that won Biden a paper-thin 51-50 victory for his $1.9 trillion corona plan.

“They have one more of those available to them, and my suspicion is they will try to jam everything they can into that bill and call it an infrastructure bill,” McConnell said. “I fully expect that’s what they’ll try to do, and that’s because I don’t think there’s going to be any enthusiasm on our side for a tax increase.”

For Biden, the Chance to “Build Back Better” 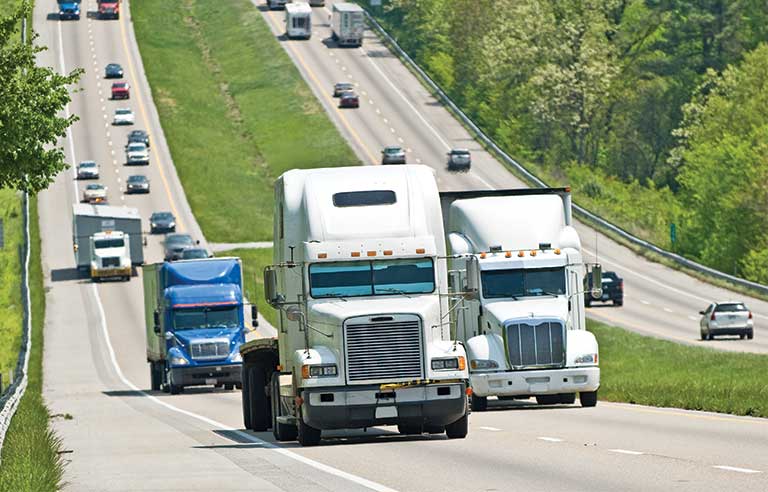 Congress is drafting legislation for a massive package to modernize transportation networks to make the U.S. more globally competitive.

But the Republican nightmare – and the Democrats’ dream – is combining that urgently needed shot in the arm with a major assault on economic inequality by funding the infrastructure program with tax hikes on the wealthy and on corporations, as Biden promised last year.

That kind of economic and political pragmatism – and the chance to “Build Back Better,” as Biden puts it, beckons the 46th president. Much the same goes for the opportunity to seize on essential Republican support to hike the federal minimum wage,  not to $15 an hour, as Biden and the Democrats want, but probably enough to lift 10 or 20 million working-class Americans out of poverty.

It’s a tough choice for Biden – politics or economics? Fix voting laws or combat inequality? Try to halt the Republican drive to tilt the 2022 election or press for enduring policy changes that will help reshape the nation’s economic landscape?
By comparison, Biden’s decision to launch his Presidency by fighting corona was obvious, natural and easy. His next step is much dicier. It risks landing Democrats in a political quagmire or splintering their precariously thin majorities in Congress. It’s a choice that will critically test Biden’s political savvy and then, his skills as a leader.