Missouri: The People vs The Politicians

Washington – They call Missouri the “Show Me State.” Well, this year the people of Missouri need to show us all whether they’re going to let the power brokers in the state legislature kill the election law reforms adopted by a majority of Missouri voters two years ago.

Normally, when we talk politics in America, we talk about left vs. right, liberals vs conservatives, Republicans versus Democrats.  But this year, the civil war in Missouri politics is bottom vs top, the grassroots vs. the power brokers, The People versus The Politicians. 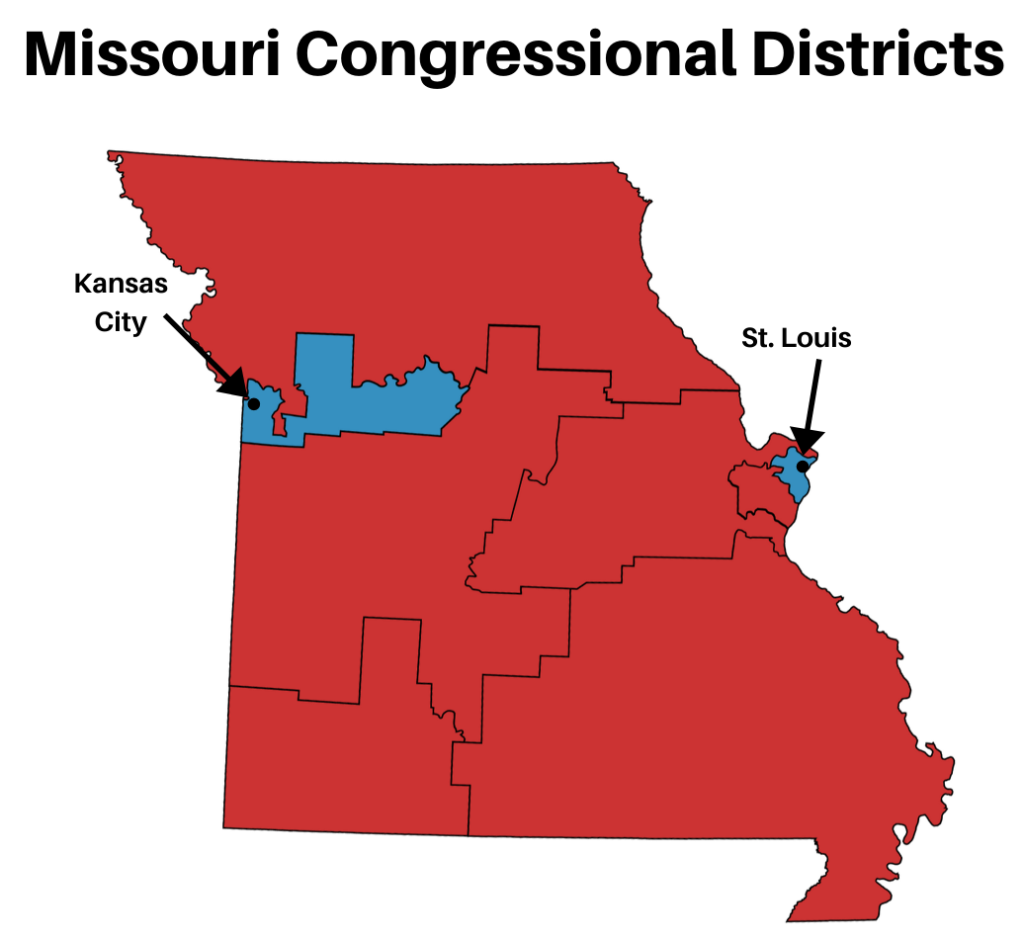 The tinderbox issue is the way the power brokers in the Missouri legislature have been rigging election maps to protect incumbents and insure their own lock on power though canny, old-fashioned partisan gerrymandering.

In Missouri, Republicans do the gerrymandering. In other states, like Illinois, Maryland or Massachusetts, Democrats do it. But in Missouri, Republicans are clever enough to concede patches of blue seats to Democrats in Kansas City and St. Louis and then cunningly meld mid-sized cities and suburbs with an amalgam of staunchly red rural counties to guarantee Republicans six of eight congressional seats and unbeatable G.O.P. supermajorities in the state legislature.

“Already in the Bag” Long Before Election Day

Over time, that blatant power play rankled enough people that newspaper editorials blasted the legislature as a tool of special interests, and even Republican lawmakers like Rob Schaaf joined Democrats and a chorus of critics. After 16 years in the state senate, Schaaf described his gagging over bills  “designed to help one special interest over another…to make more money in the market place” – to help big alcohol fight their competitors, big tobacco over little tobacco – not issues Schaaf felt that he got elected to deal with.

Three-term US. Senator Jack Danforth, a pillar of Missouri Republicanism, protested that Republican gerrymandering was fueling extremism in both parties, ignoring moderate voters and leaving politicians unaccountable. “The incumbents don’t need to worry about the general election,” Danforth wrote. “it’s already in the bag. So for these protected legislators, building coalitions, bringing people together, and competing for swing voters are a waste of time.’ 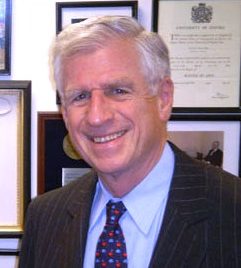 Other reformers charged that Missouri’s election district maps were so stacked that in one-quarter to one-third of the districts there was literally no competition. Only one candidate. No opponent, because it was totally hopeless for the minority party. In most other districts, the partisan majorities were so lopsided, voters had no real choice. “The cake was baked” long before voters went to the polls, said reform advocate Sean Nicholson.

So in 2018, the mushrooming crowd of critics, good government groups, and politicians across the spectrum came together to form a broad bipartisan coalition which they named “Clean Missouri.” Their goal was to draft and pass an amendment to the Missouri Constitution that would clean up state politics and put an end to rigging elections through partisan gerrymandering.

It included limits on campaign spending, a $5 ceiling on lobbyists’ donations to candidates and, most importantly, measures to bring the drawing of election maps out of the backroom into the sunlight of transparency and public hearings, with rules barring maps that would favor either party and appointment of a nonpartisan redistricting expert to draw the initial maps.

Bypassing the legislature, Clean Missouri took their plan to the voters, gathering more than 346,000 signatures to put their reform proposal on the ballot in November 2018. Bingo! Clean Missouri’s reform plan won a whopping 62% majority, with broad support that carried every single senate district in the state.

“It was a big win,” said Sean Soeneker Nicholson, Clean Missouri’s executive director and campaign organizer. “It was pretty exciting to see such a great mandate for fair maps, such a huge bipartisan majority.” 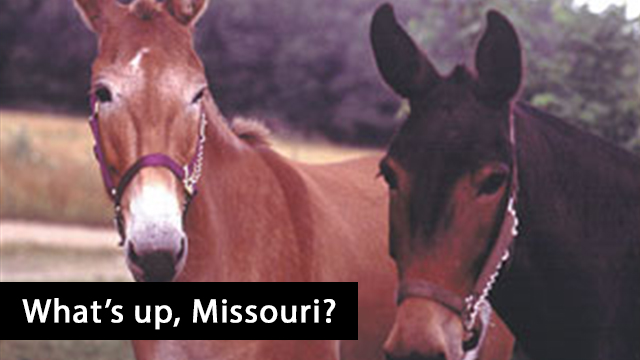 Mules are a Missouri icon, in politics as well as on the farm

But the old power gang wasn’t fazed. Literally, on the morning after the election,  as Missouri voters were savoring the news of their reform victory, Elijah Naahr, Speaker of the Missouri House, was openly and boldly talking about rolling back the Clean Missouri reforms and undoing the will of the people.

It took a while, but sure enough, despite the demands and handicaps imposed by the corona pandemic, Republican super-majorities in the 2020 legislative session this spring found a way to steamroll passage of a counter-reform package that would go on the November 2020 ballot and, if approved by the voters, would gut Clean Missouri’s reforms.

The legislature’s anti-reform plan trashes the non-partisan rules for election maps, abolishes the post of non-partisan demographer and puts map-making back in the hands of politicians. Plus, Republicans strategists hatched a new wrinkle that the mastermind of Republican gerrymandering, the late computer guru Thomas Hofeller, said would bolster the odds for the G.O.P.  The trick, Hofeller suggested, was to base election district maps not on total population, as has always been done, but on the much smaller universe of eligible voters, thus favoring white voters and allocating a smaller share to minorities and young people.

So brash was the counter-reform strategy that 15 Republican lawmakers were moved to vote against it and Clean Missouri,  crying foul, immediately dubbed it ”Dirty Missouri.”  The reformers declared war against the legislature’s ballot measure. Republican stalwart  Jack Danforth excoriated the legislature for producing a plan “more extreme than Missouri has ever seen” and urged voters to join him in voting “NO” in November.

But the old gang was undeterred, confidently claiming that back in 2018, most Missouri voters didn’t really understand what they were voting for and that in 2020, they would now see the light, a risky boast that some observers saw as an insult to the intelligence of voters that could backfire.

The battle lines between the people and the politicians are now sharply drawn, headed for a crucial showdown in the November election. The outcome is being closely watched in other states like Michigan, Utah, and North Dakota, where the political Powers-That-Be are also itching to undo citizen-led reforms and will gauge their chances by how things turn out in Missouri this fall.