Have We Just Crippled Washington?

Washington – Normally, elections clear the air, bring new faces to power, offer the dawn of a new day,  a fresh beginning, and an opportunity for political healing. Not the election of 2020. The electorate rendered a split decision that could easily lead to more gridlock in Washington.

The scarring schism that polarizes America into two warring camps, Red vs Blue, with passions inflamed on both sides by Donald Trump, is now reflected in a sharply divided government – a Democrat headed for the White House and a Senate divided 50-50  with Republicans in a fighting mood. Once again, we have two camps that may prove incapable of governing together to resolve the nation’s most urgent needs.

We are today a wounded nation. We have suffered through four years of a train-wreck presidency that has left our body politic battered and bruised, and our political institutions assaulted, damaged, and in desperate need of emergency care.

Yet even as we have tried to move forward into a new day, former President Donald Trump has tried to throw us back into the stormy pit, feeding the festering partisan divisions with his false and destructive slanders that the 2020 election was stolen from him, despite the conscientious vote count and verification by Republican as well as Democratic state officials and the rejection of his baseless charges by more than 60 federal judges. With an animal reflex against the personal humiliation from his undeniable loss, Trump has callously put his personal interest above the nation’s need to heal.

Contrast that with the last time an incumbent U.S. president lost his race for re-election. That was 28 years ago, in 1992, when the 41st president, George Herbert Walker Bush of Texas, was beaten by Bill Clinton of Arkansas.  In defeat, Papa Bush, as he became known, was a model of political decency, putting the nation’s needs ahead of his own feelings. 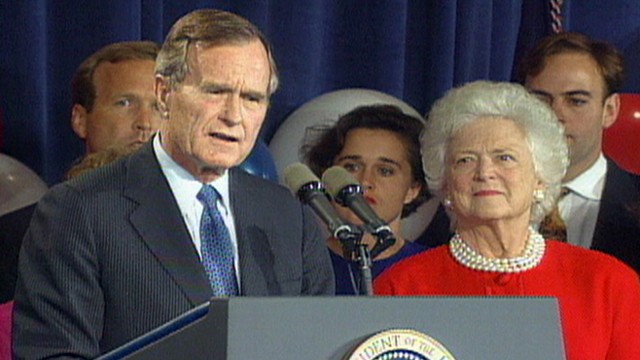 Several years later, in a private group, I heard Papa Bush admit the crushing pain he felt at his political loss. But he showed none of that at the time. Nor did he let it influence his public conduct.  On election night, Bush conceded victory to Clinton and then committed himself to help the new president, in words worth recalling today:

“I just called Governor Clinton over in Little Rock and offered my congratulations.  He did run a strong campaign,” Bush told a rally of his most fervent followers. “I wish him well in the White House and I want the country to know that our entire administration will work closely with his team to ensure the smooth transition of power. There is important work to be done and America must always come first. So we will get behind this new president and wish him — wish him well.”

It was the kind of peaceful, graceful transfer of presidential power that has given greatness to the American Republic. It was an act of mature leadership to which Donald Trump seems incapable of rising.

For all Trump’s mischievous lawsuits and contorted claims, Joe Biden emerged the solid winner by seven million popular votes and a 306-232 vote victory in ther Electoral college.  But  unless Democrats can pull off a miracle in two Georgia Senate runoff races, Biden’s triumph may soon feel like a pyrrhic victory. For once inaugurated, Biden will immediately face a prickly and potentially hostile Republican Senate majority  led by Kentucky’s Mitch McConnell,  a wily partisan who famously proclaimed in October 2010 that as the Republican leader in the Senate, “The single most important thing we want to achieve is for President Obama to be a one-term president.” In short, partisan  warfare over cooperation, politics over policy. 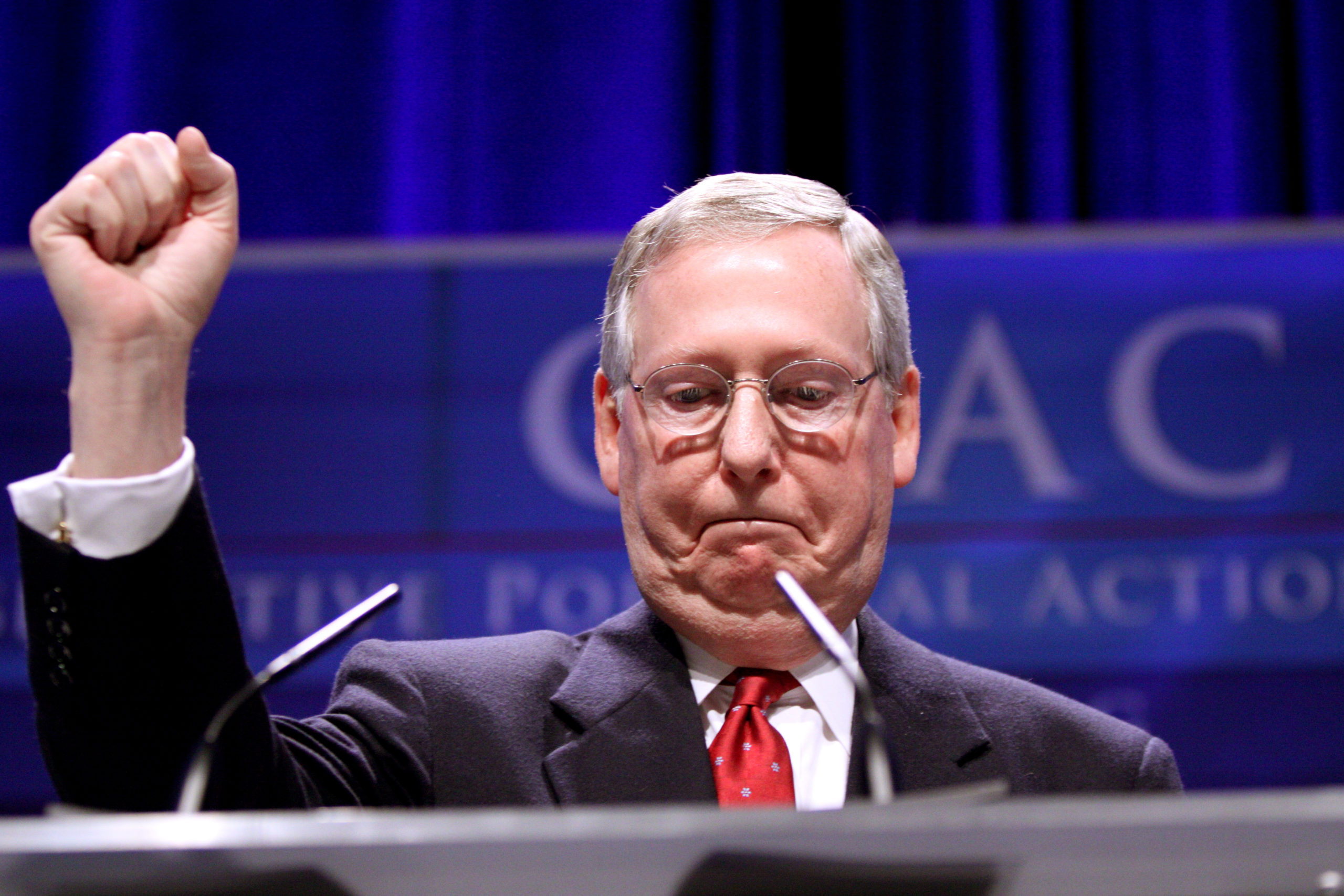 When that strategy failed and Obama won re-election, McConnell turned his Senate majority into what became known as “The Party of No.”  McConnell stonewalled Obama on scores of federal court nominations and other posts. He sidetracked and buried legislation passed by the Democratic House. Once again, in the fall of 2020, McConnell blocked bipartisan action on corona relief for months only finally relenting on a much-reduced package created by a bipartisan group of senators. But securely re-elected to a seventh Senate term and still bvery much in command,  McConnell then killed efforts by both House Democrats and President Trump for $2,000 corona relief checks for tens of millions of needy middle and working class Americans.  Whether McConnell will take that hard line against the new President Biden in the weeks ahead is an open question. 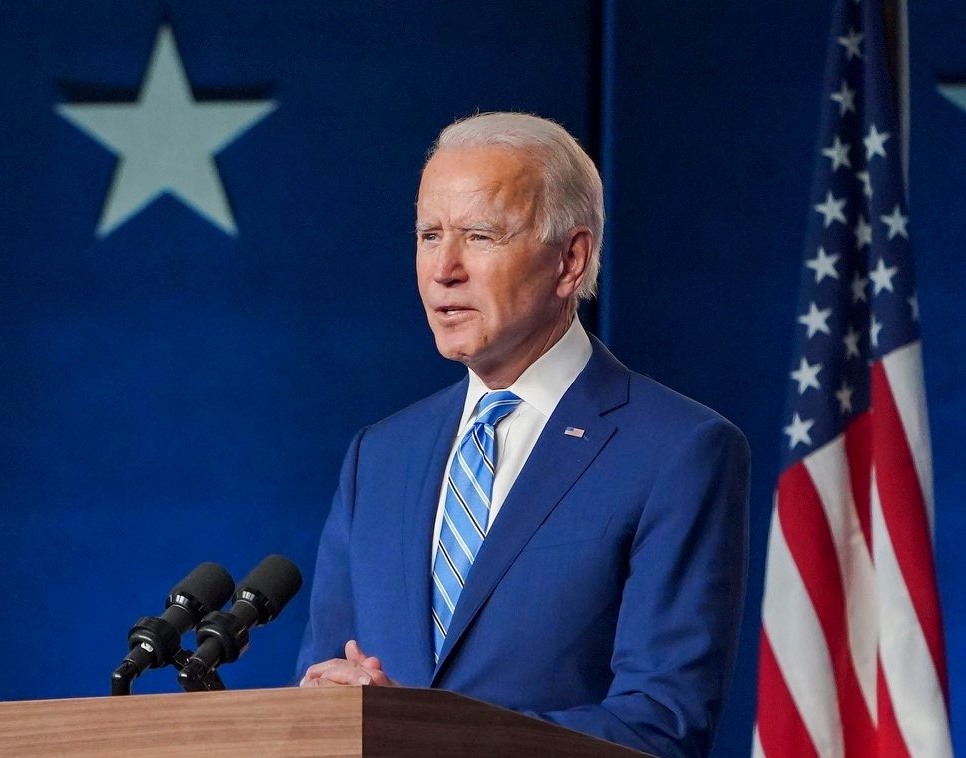 As the prolonged and somewhat uncertain vote-coun unfolded, Biden held out the olive branch, ignoring Trump’s taunts, vowing to be the president of all Americans, calling on all sides to bury the hatchet. He has signaled his desire for bipartisan cooperation, touting his past  record of working with Republicans during his long Senate tenure and as Obama’s Vice President.It is now time, asserts Biden, “to put the harsh rhetoric of the campaign behind us, to lower the temperature, to listen to one another, to hear each other again, and respect and care for one another, to unite, to heal, to come together as a nation.”

Not surprisingly, given Biden’s 47 years in politics, his rhetoric has borne echoes of an earlier era of American politics when neither party could impose dogma on an army of true believers and when working with the other side to fashion legislative compromises was not damned as tribal treason.

In decades past, small bands of moderate Republican senators like John McCain of Arizona, Mac Mathias of Maryland, Bill Cohen of Maine, Arlen Specter of Pennsylvania, Larry Pressler of South Dakota, and others, quietly wrote legislation with Democrats. Some conservative Democrats did the same with Republicans. For generations, that’s how the political work of government often got done.

In our current tormented, hyper-partisan era, the question is: Will anybody still be willing to play that game and engage in serious bipartisan bargaining? It will depend not only on Biden but also on moderate Senate Republicans like Susan Collins of Maine, Lisa Murkowski of Alaska, Mitt Romney of Utah, and possibly Rob Portman of Ohio. But it will take greater independence and stronger spines than Senate Republicans have dared show recently. Mitch McConnell is a jealous boss who brooks no rebels.

So bridging the partisan divide will be a severe challenge for the new president and his Administration, thanks to the rancorous partisan passions that divide the nation – not created by Donald Trump but fiercely stoked by him as his final legacy.