Inside the GOP Gerrymander for 2022

Washington – Republicans are rejoicing and Democrats are dismayed that population losses in the Rust Belt and gains in the Sun Belt, recorded by the 2020 census, will add Congressional seats in key Republican states and may tilt the 2022 elections. But don’t bet just yet on a GOP slam dunk. There’s more to this game than immediately meets the eye.

The pundits and voting experts have declared that the odds clearly favor the Republicans. With Democrats currently holding a paper-thin 218-212 majority in the House of Representatives, it takes a shift of only four House seats in 2022 to give the GOP a House majority.

Historically the out-party makes gains in mid-term elections and Republican leaders in Congress are already counting those chickens. Now, thanks to the census, GOP strategists anticipate harvesting an even greater margin of victory from the census-driven reapportionment of seats and the process of drawing new district lines, where Republicans have the political upper hand.

That was also the assessment of Professor Samuel S. Wang, Director of the Princeton Gerrymandering Project, who forecast that Republicans could gain three seats from the census-driven reallocation of House seats, plus another five seats through partisan gerrymandering. An analyst on The Intersect called gerrymandering “the elephant’s weapon in the room,” suggesting that Republicans have the “ability to simply redraw their way into the majority” in the 2022 election by stacking election district maps.

Census-Driven Gains for GOP May Cancel Out 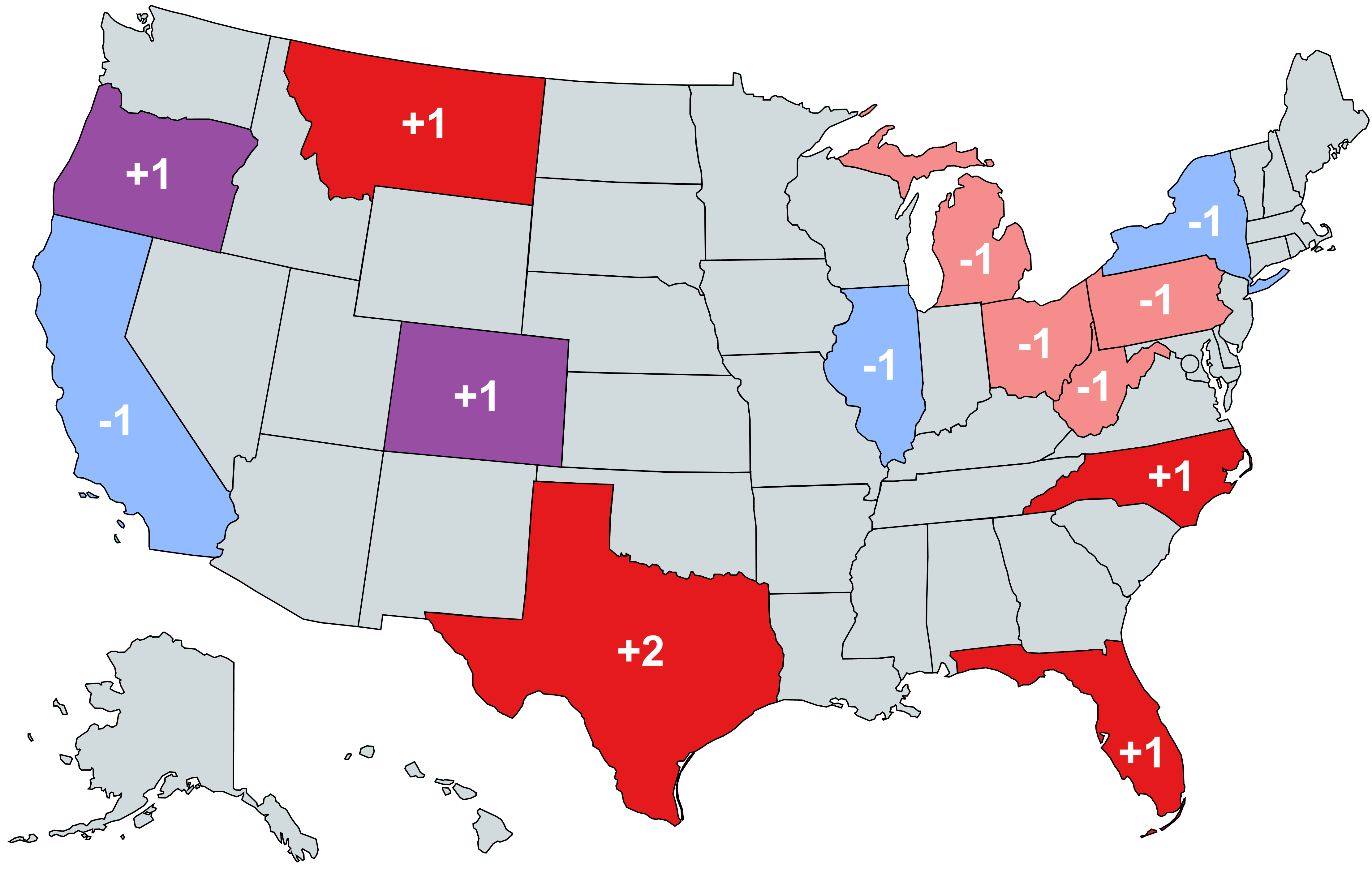 On the surface, that’s how things look. Based on the census, pro-Republican states like Texas, Florida, North Carolina, and Montana will gain five more congressional districts, while the most visible losers are traditionally Democratic states like California, New York, Illinois, each of which will lose one seat.

But take a second look at the political map and you notice that some of the Sunbelt red state gains will actually come from other reddish states where congressional delegations have been largely dominated by Republicans, states like Ohio, Michigan, Pennsylvania, and West Virginia, each of which is losing one seat. So potential Republican losses in those states will cancel out almost all of the potential GOP gains in the Sunbelt.

Then add New York state. This year, Democrats will be in full control with ample opportunity to redraw congressional district maps in a way that ensures that the one district New York is losing is a Republican district. If that happens, it will probably deprive the GOP of any automatic gain in House seats from reapportionment – the reallocation seats caused by the census.

What Limits the GOP’s Power to Gerrymander?

Republicans still have a potent ace in the hole. When it comes to drawing new election district lines for the next decade, Republicans have a significant advantage over Democrats. The GOP controls all the levers of power – the governor’s chair and both houses of the state legislature – in 23 states, compared to only 15 states for Democrats., and they can often do their gerrymandering in secret, without significant public scrutiny 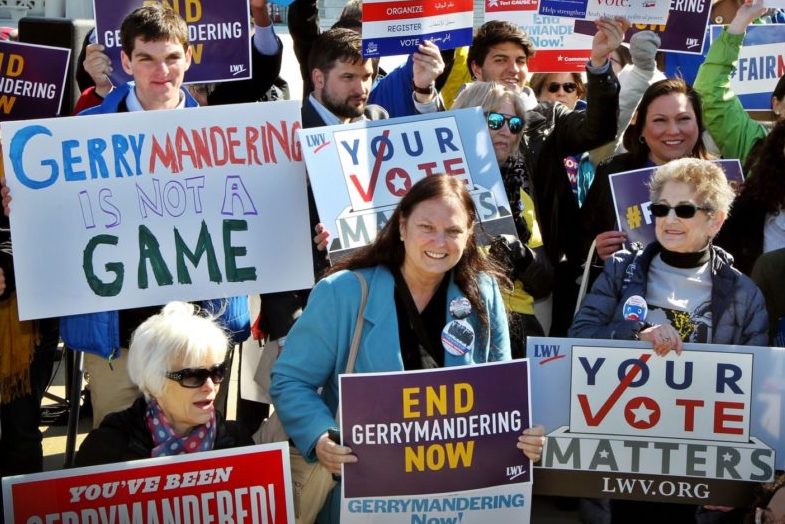 But Republican power to gerrymander is more limited now than a decade ago when sophisticated GOP gerrymandering gave Republicans an estimated bonus of 16 to 18 seats in the House of Representatives, beyond their popular vote support. in 2012, Democratic candidates for the House polled 1.4 million more votes nationwide than Republican candidates but the GOP emerged with a 33-seat majority – the partisan payoff from canny gerrymandering.

During the last redistricting in 2011, Republicans controlled all the major centers of state power in ten pivotal states including Michigan, North Carolina, Pennsylvania, and Wisconsin. But this year, Republican-controlled legislatures in those four states now face Democratic governors, ready to challenge and curb partisan gerrymandering.

In addition, state courts in North Carolina and Pennsylvania have ruled against Republican gerrymandering. In 2018, the Pennsylvania supreme court overturned the lopsided pro-Republican tilt of election maps. It named an independent redistricting specialist to redraw congressional district maps, resulting in an even split of House seats in the 2018 and 2020 elections. . In North Carolina, a state court ordered extreme pro-Republican maps redrawn, reducing the GOP advantage in House seats. That record suggests those courts will be on the alert against any extreme GOP gerrymandering this year.

In the Republican mega-states of Texas and Florida, GOP-dominated legislatures have maximized their partisan advantage from gerrymandering over the past decade, gaining seats well beyond their popular vote support. Their redrawing of congressional district maps this year will depend on population movement within Texas and Florida.

Because of legal requirements that election districts be of equal population, GOP map-makers inTexas and Florida may be hard-pressed to increase their gerrymander advantage if Republican-leaning rural areas have lost population in the past decade to Democratic strongholds in and around cities like Houston, Dallas, San Antonio, Austin, Miami, Orlando, and Tampa. Also, in 2015, Florida implemented a state constitutional amendment that bans gerrymandering with the intent to favor any political party, enforceable by the courts. 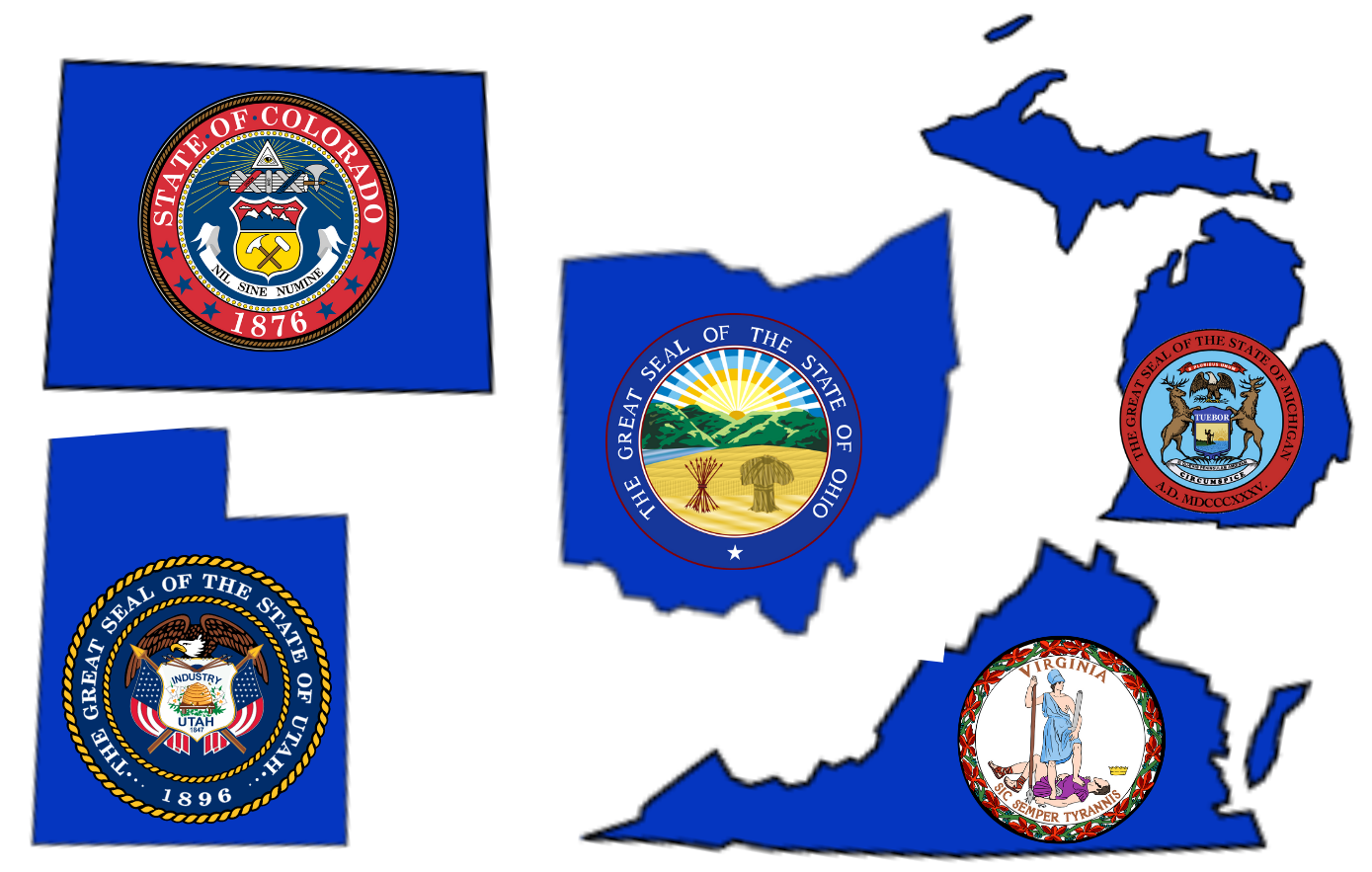 Finally, Republicans – as well as Democrats in states that they dominate – face the reality of a growing popular revolt against partisan gerrymandering that is transforming the whole political landscape, albeit gradually. Citizen movements, angered at politicians of both major parties for rigging election maps to keep themselves in power, have been winning reforms through popular referendums.

In the past three years, gerrymander reforms have been adopted in states as diverse as Colorado, Michigan, Ohio, Utah, and Virginia, all won with the goal of breaking the monopoly power of a single majority party to dictate how election district maps are drawn.

In 2018, voters in Colorado, Michigan, and Utah decided to take the job of drawing district maps away from politicians in the legislature and turn it over to independent citizen commissions composed equally of Republicans, Democrats, and Independents to ensure a non-partisan approach. In Ohio, a citizen movement threatened a similar reform, putting such pressure on the legislature that Republican lawmakers felt forced to accept a  bipartisan process, with protections for the Democratic minority. In 2020, Virginia voted for a hybrid bipartisan election commission.

This year, look for the political impact primarily in Michigan, Ohio, and Utah because those states have clearly stripped away the advantages of partisan gerrymandering that Republicans enjoyed over the past decade. In 2011, Republican legislatures on those three states drew congressional district maps that delivered a 12-4 Republican edge in Ohio, 9-5 in Michigan, and 3-1 in Utah – 24 to 10 overall.

Since all three states are embarked on new procedures, no one can predict the outcome in those states at this point. But there is a strong likelihood that nonpartisan commissions tasked with creating more competitive districts and operating with a very open and transparent process will generate a more balanced outcome than in the past. If so, Republicans are likely to lose their old advantage and a handful of House seats.

In short, the outcome of the reapportionment and redistricting in 2021 is no slam dunk for Republicans or a disaster for Democrats. Much will depend on population movement within the large states, on actions by state courts, and on these new non-partisan redistricting commissions. Much will also depend on just how actively voters at the grassroots demand and press for a fair and level playing field to replace the hoary old back-room game of gerrymandering.