Washington – Fired up by stunning election victories in Alabama  and Virginia, Democrats are now dreaming of a wave election in 2018 and regaining a majority in the House of Representatives. But even in their victories, there’s a warning that Democrats could be stymied by an old nemesis – the firewall of Republican gerrymandering.

In 2018, Democrats need a net gain of 24 seats in the House and two in the Senate to regain control. After the victory of Democrat Doug Jones in the Alabama senate race and an earlier sweep in Virginia, Democrats are salivating at their prospects in 2018 – for good reason. History shows that when a president’s approval rating falls below 50%, his party is harshly punished in the mid-term elections, and Trump’s approval rating is the lowest of any modern Chief Executive at this stage in his term – 32% in the latest poll by the Pew Center. 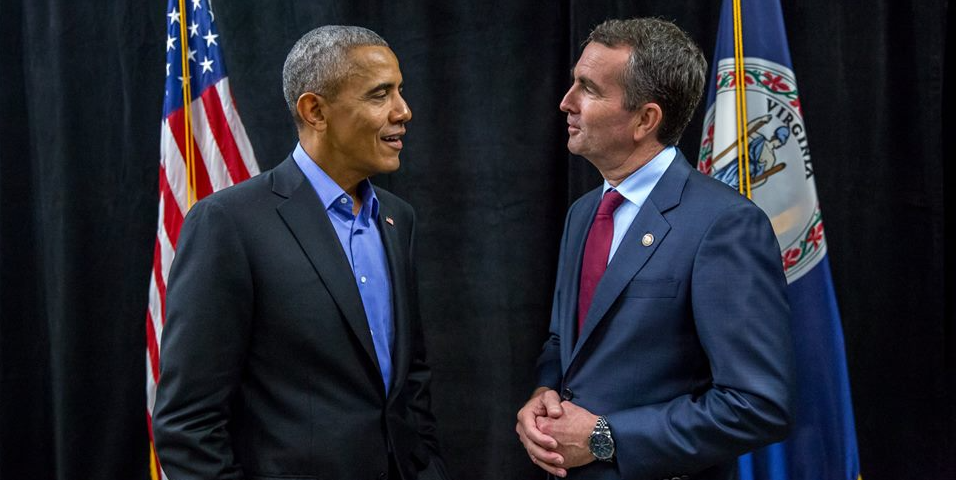 No surprise, then that Democratic partisans cast the Senate victory in Alabama and the solid trouncing given Republicans in Virginia, not only by Democratic gubernatorial winner Ralph Northam but down ballot where Democrats captured 15 or 16  Republican legislative seats, as a stinging rebuke to President Trump and an omen of more GOP losses to come.

Democrats are also buoyed by a Fox News Poll in November, reporting that when registered voters are asked their choice for Congress in 2018, they favor Democrats over Republicans by 50% to 35%. That 15-point margin in “the generic vote” is much larger than the 9-point margin that favored Republicans in early 2010, an omen of the Tea Party wave election that swamped President Obama and democrats that year.

Despite dismal numbers and the defection retirements of Senate Republicans like Jeff Flake of Arizona and Bob Corker of Tennessee, GOP political strategists like Karl Rove, architect of two George W. Bush presidential victories, gamely contend that their party can hang onto the Senate and hopefully the House, so long as not too many Republican incumbents retire and Republicans in Congress can sell their tax-cut package to middle-class voters.

But Rove admits being jolted by the scale of the Democratic victory in Virginia, which was much more potent than Hillary Clinton’s win in Virginia in 2016. The huge surge in turnout among anti-Trump Democrats and independents, Rove says, has “grave implications” for the 2018 mid-terms. the strong turnout of blacks, young voters and women in Alabama reinforces that danger.

On the issues, Rove argues, Republicans have a chance. “Not only Republicans but independents like the Trump agenda,” he asserts. “What they don’t like are his tweets and his behavior. But they like his emphasis on security, fighting terrorism, pushing to repeal Obamacare and especially, tax cuts.” 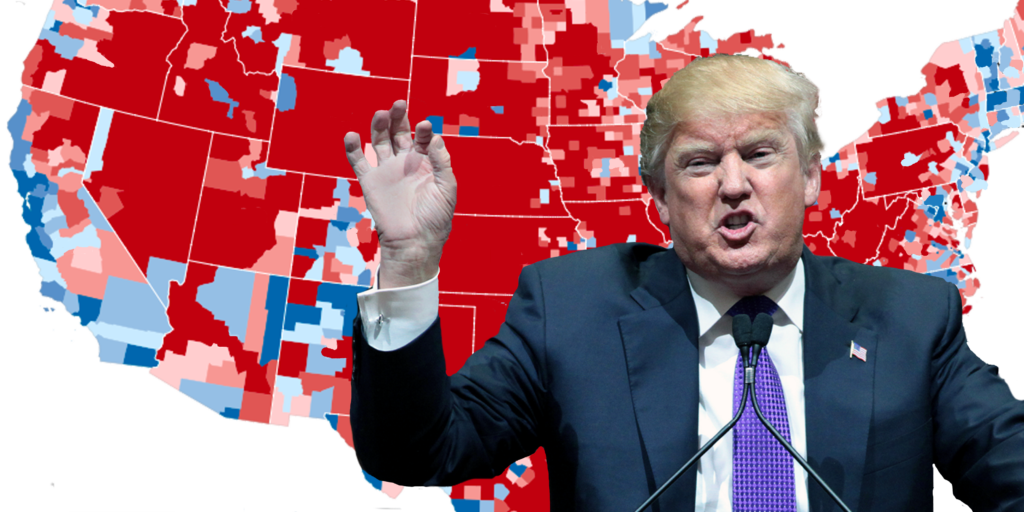 Always a canny calculator of the political odds, Rove reckons that Republicans can cling to their Senate majority, now 51-49, because Democrats have more at risk, with 25 Democrats up for re-election in 2018 but only nine Republicans. Vulnerable Republican Senate seats in Arizona and Nevada, he suggests, can be offset by Republican upsets of similarly vulnerable Democrats in Missouri and North Dakota.

It’s in the House where the 2017 elections have unnerved Rove. What he calls “the wipe-out” in the Virginia legislative races “should set off alarm bells for Republicans.” He portrays Trump as the Republican albatross whose angry rejection by many voters “threatens (GOP) congressional majorities,” as Rove puts it. “He must try to improve his numbers and the GOP must prepare itself for an extraordinarily tough battle.”

One warning for the GOP came in the shocking Senate upset in Alabama. But an even more pervasive display of Democratic grass roots strength and fervor came earlier in Virginia, where Democrats won not only the governorship but captured 15 or 16 Republican seats in the legislature.  After a recount, Democrats claimed to have won 50 seats,  matching Republicans and gaining a share of control in the House of Delegates, which had been controlled by Republicans since 2000.

But the balance of hinges on a single vote in a legislative race in Newport News. In a nail-biting recount, Democratic challenger  Shelly Simonds ate away the 10-vote victory margin of incumbent Republican David Yancey, and then was declared the winner by 11,608 votes to 11,607. But 24 hours later, a three-judge court ruled the race a tie. The judges added one more Republican vote from a voter whose ballot was discounted because he marked a vote for both candidates and then x’ed the Democrat.  The judges said he meant to vote republicans. Democrats said they might appeal.

With two more recounts due in other races won by Republicans with narrow 82-vote and 106-vote margins, Democrats still nurse the hope of gaining a majority in one legislative chamber. But the Republicans’ ability to keep the margin close – despite a 54-46 edge for Democrats in the statewide popular vote – points to the impact of Republican gerrymandering. More than a handful of GOP lawmakers were saved this year by election district lines drawn in the GOP’s favor in 2011.

That same gerrymandered firewall offers a buffer to protect Republican control of the U.S. House of representatives even if, as polls suggest, they may lose the nationwide popular vote for Congress. In the last three congressional elections, the lethal advantage of GOP gerrymandering  after the 2010 census has proven an insurmountable obstacle to Democratic candidates. Now, it amounts to a last line of defense for House Republican incumbents in 2018.

It has roots in there 2010 election, when the GOP’s self-styled RedMap strategy flipped control of 18 legislative chambers nationwide, and put Republicans in charge of drawing the election maps for 40% of the House districts, especially in swing states like Michigan, Ohio, Wisconsin, Pennsylvania, Virginia and North Carolina.

Democratic turnout in Tuesday’s election was strong, buoying the party’s hopes for 2018.

In 2012, Republicans exploited that advantage to the hilt and reaped an immediate payoff. Democratic candidates for the House polled 1.5 million more votes nationwide than Republican candidates, but nonetheless, Republicans came out with a 33-seat majority in the House of Representatives, thanks in large part to canny map-drawing by Republican-run legislatures.

In the most pivotal swing states, the results were jolting. The popular vote was stronger for Democrats than for Republicans in Pennsylvania, but the GOP won a 13-5 edge in the state’s House delegation; in North Carolina, Republicans won 9-4; in Michigan, 9-5; in Wisconsin, 5-3. And in states like Ohio and Virginia, with a minimal pro-Republican tilt in the popular vote, Republicans reaped lopsided seat advantages – 12-4 in Ohio, 8-3 in Virginia.

Historically, both parties have long manipulated election maps for partisan advantage. Democrats, who began it all way back in 1812, gerrymander maps in Massachusetts, Maryland and Illinois. Republicans do it more widely and more effectively in politically pivotal states in the South and Midwest. Sophisticated computer software and the partisan predictability of voters now make gerrymandering an acute challenge to the fairness of U.S. elections.

After a study of redistricting nationwide over the last five decades, California political scientist Eric McGhee and University of Chicago Law Professor Nick Stephanopoulos concluded that, as Stephanopoulos put it, “the scale of gerrymandering is worse, it’s larger now than it has been in the entire modern era since the early 1970s.”

Another recent study of “Extreme Maps” by the non-partisan Brennan Center at New York University Law School, asserted that the tilt radically favors the GOP. Its authors, Laura Royden and Michael Li, concluded that “Republicans derive a net benefit of at least 16-17 congressional seats in the current Congress from partisan bias” in district maps. That is a bonus of 16-17 seats above their share of the popular vote.

The built-in Republican advantage is so stark, says Professor Stephanopoulos, that just to break even or win a tiny edge in House seats, Democrats would have to win the nationwide popular vote for the House of Representatives by a daunting five to six percent margin.

So the test of the 2018 election will be whether the typical mid-term swing of the pendulum in favor of Democrats, as the out-party, will be strong enough to overwhelm the ramparts of Republican gerrymandering.