Washington – Given the drumbeat of grim news about the coronavirus  and the interminable imbroglio over Donald Trump’s inability to accept defeat, how about some good news for a change? Good news about a grassroots citizen coalition winning a stunning victory to reform elections in Alaska.

Yes, while the lower 48 states are mired in a morass of bseless lawsuits and continuing recounts, our distant brethren in Alaska, the Last Frontier, have boldly voted to take the sting out of partisan warfare in state elections by instituting a new form of elections that motivates politicians and voters to reject extremism and move toward compromise, the political center, and working together.

The reformers in the group called Alaskans for Better Elections, put it this way: “Our politics have become hyper-partisan with two sides fighting for power rather than working on solutions. At the same time, our political system requires broad bipartisan support by design. We need an election system that encourages politicians to work for voters—not parties.” 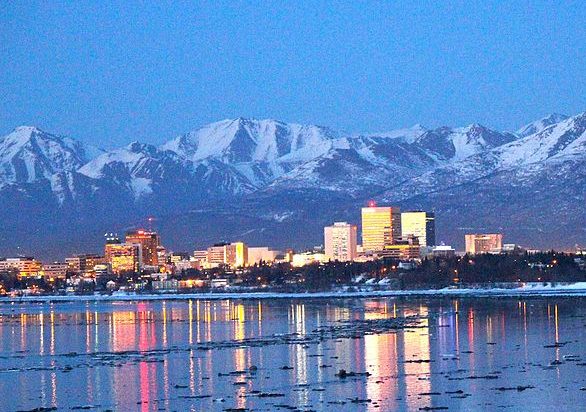 Some 41,000 Alaskans felt strongly enough about achieving election reform that they signed petitions to put the issue on the ballot on November 3. What’s impressive is that when the long slow count in Alaska was finally over, more than 50% of Alaskan voters went for the idea of scrapping political party primaries and replacing them with one non-partisan primary, that is wide open to everyone – all candidates and all voters – coupled with a crackdown on campaign dark money and rank choice voting to decide the ultimate winners.

Reforms Pit the People vs the Politicians

Fortunately, Alaska was not alone in opting for new ways to make our elections fairer and more transparent. There’s positive news on citizen reform movements in other states. Here’s a quick boxscore:

• After a couple of decades of Republican gerrymandering, Virginia voted to set up a more neutral, bipartisan commission to draw election maps.

• Voters in Oregon gave the go-ahead for the legislature to enact laws to limit campaign funding and exposing dark money.

• Colorado voters opted to join the growing interstate compact to cast their state’s Electoral College ballots for the winner of the national popular vote.

• Six cities from St. Louis and Minnetonka, Minnesota to Eureka, California adopted some form of rank choice voting, requiring candidates to win a majority vote to take office and giving voters the chance to rank their favorites, 1-2-3-4.

• In North Dakota and Arkansas, voters rebelled against the political power brokers and rejected proposals from the politicians in the legislature that would have made it harder for citizen movements to initiate political reforms in the future.

But the big change came in Alaska, where the hallmark of the citizen reform movement was the political breadth of its coalition – Republicans, Independents and Democrats, plus civic leaders from business, labor, women, and tribal groups. Plus, the changing political demography of Alaska may harbinger the future of American politics. Alaska is the kingdom of political Independents. In all, 53% of Alaskan voters refuse to align with any party,so that independents  vastly outnumber Republicans (27%) and Democrats (15%).

In the country at large,  a similar trend is under way. Increasingly, younger Americans are turned off by the bitter popularization of older voters and are turning away from political parties. the current partisan divide alienates the younger generation. Gallup poll found that roughly 45% of Americans under 40 call themselves independents and they are demanding more voice and more change in our political system. To many of them, that means cashiering old-fashioned party primaries. Millennials and Gen Z want more flexible politics. 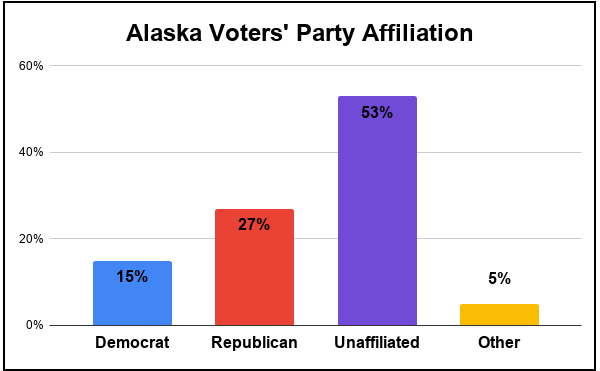 California and Washington, call their system the Top-2 primary because the top two vote-getters for each office move into the general election. But in Alaska, it will be the Top-4.they like that in Alaska because they have six political parties. To win in the general election, a candidate must get a true majority – more than 50%.  Rank Choice Voting helps make that happen. It’s a scheme for an automatic runoff. Voters rank their choices 1-2-3-4. If no candidate wins an immediate  50% majority, the weakest candidate drops out, and his or her votes are reallocated to the second choice of those voters. That process goes on until one candidate gets over 50%.

These reform ideas seem to be catching on. Maine and several U.S. cities already use rank choice voting. This year, reformers pushed for a non-partisan primary in Florida  but it fell short of the needed super-majority vote. Citizen movements mounted strong petition drives in Arkansas and North Dakota but were blocked by administrative rulings. reformers vow to come bak=ck again. And this month,, rank choice voting, or a variation of it, won approval from voters in six cities – in St. Louis, Boulder, Colorado, Albany and Eureka, California, and Bloomington and Minnetonka, Minnesota.

Another reform with potential impact on the balance of power in Congress in the decade ahead is gerrymander reform – stopping politicians from rigging election maps to keep themselves in power. In 2018, five states enacted gerrymander reforms – Ohio, Michigan, Missouri, Colorado, and Utah. This year in Missouri, the power brokers in the state legislature fought back and persuaded voters to pass a measure that nullified the Clean Missouri gerrymander reform passed in 2018.

But in Virginia, the opposite happened. Rank and file voters defied state lawmakers who were trying to block reform. For almost two decades, Democratic politicians had protested that the Republican majority in the legislature was stacking election maps to give the GOP a lopsided 8-3 advantage in Virginia’s congressional seats, at odds with a fairly even partisan split among voters.

In 2019, the Republican legislature, sensing an imminent Democratic sweep, passed a half-way gerrymander reform, setting up an eight-member bipartisan commission, half politicians and half citizens, to draw Virginia’s election maps. To take effect, that plan had to pass the next legislature and the win approval of Virginia voters.

When Democrats took control of the legislature in January 2020, the Democratic leadership opposed the reform, saying it was inadequate but also eyeing the chance to stack election maps for their own party. But some Democratic lawmakers favored achieving some reform and jvoted with Republican lawmakers to pass the plan and send it to the voters.

This fall, the state was plastered with posters telling voters “The Democratic Party of Virginia strongly urges you to Vote NO” on gerrymander reform. But it was too late. The reform passed by a hwhopping 2-1 majority – stunning evidence that in many states rank-and-file voters, wary of politicians rigging elections, are ready for any reforms that promise to make our elections fairer.