How GOP Gerrymandering Is Disrupting the House

Washington – It’s already clear that the next House Speaker will face crippling mutinies by the 45 Republican rebels who knocked off John Boehner and intimidated Majority Leader Kevin McCarthy. And that’s because the insurgents know they can defy their party leadership without fear of retribution from the voters because Republican gerrymandering protects them.

Yes, gerrymandering has been around since the dawn of American politics. But gerrymandering today is a different game – played on a national scale, operating with 21st century digital efficiency, capable of overruling the popular vote. It has baked gridlock into our political system.

Never before in our history has one major party mounted a national campaign to control gerrymandering in state after state, as Republicans did in 2010. And never before have party strategists been armed with sophisticated computer software that can help them carve districts down to the individual street and home.

Thanks to gerrymandering, all but two of the 45 anti-Boehner rebels are guaranteed re-election in politically engineered monopoly districts that insulate them not only from Democratic challengers but also from the dictates of their party leadership, as John Boehner learned in five tormented years as Speaker . 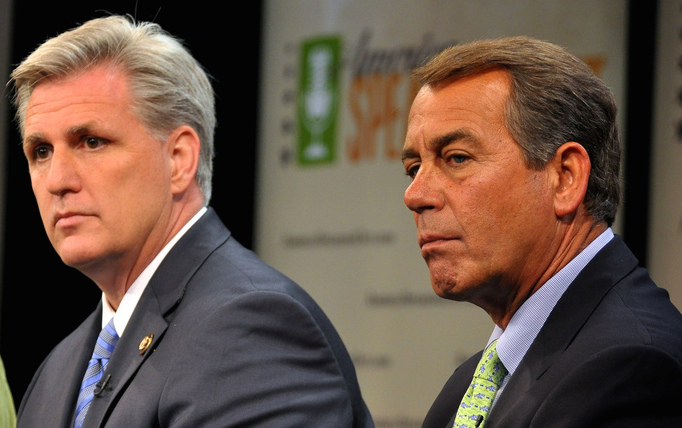 Their congressional districts are so stacked in their favor that in 2014 they beat their Democratic opponents by an average 38 percentage points, a devastating margin. Only two had competitive general election races. Three had such slam-duck districts that no Democrat even bothered to oppose them.

With protected political monopolies back home, the Republican rebels take little or no political risk and pay no political price for overthrowing a Speaker or for bringing Congress to a halt. What gives them that immunity is partisan gerrymandering and party primaries with shockingly low turnouts, mainly party loyalists and extremist voters.

And so, ironically, the roots of Mr. Boehner’s downfall grew out of a Republican Party strategy in 2009 to follow the advice of Karl Rove, Republican campaign mastermind, who told them pragmatically: “He who controls redistricting can control Congress.”

Following the Rove dictum, the Republican Party poured $30 million, mostly raised from corporations, into what they called “RedMap,” a strategy to dominate the once-a-decade redistricting process in 2011 by capturing majority control of as many state legislatures as possible in the 2010 election .

Democrats Caught Off Guard by RedMap

Then came the payoff – creating safe seats for Republicans and cutting the Democrats down to a few seats in what Republicans conceded were hopeless urban districts.

As RedMap’s leaders later bragged, even though Democratic House candidates won the nationwide popular vote for the House in 2012 by 1.4 million votes, the GOP emerged with a 33-seat majority. The RedMap team claimed credit was due to GOP gerrymandering in pivotal states such as Florida, Michigan, North Carolina, Ohio, Pennsylvania, Texas, Virginia, and Wisconsin.

But there was a hitch: The very strategy that cemented the party’s House majority also entrenched the rump faction of anti-government extremists that toppled Mr. Boehner and now faces potential successors like California’s Kevin McCarthy.

The rebel faction, now organized as the Freedom Caucus are very junior members of Congress. More than two-thirds were elected in the Tea Party class of 2010 and the RedMap classes of 2012 and 2014. More than 85 percent of them come from GOP-gerrymandered states, which emboldens them . 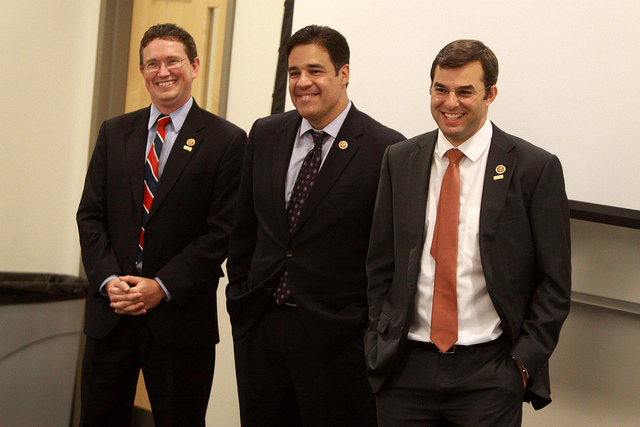 It will Take Citizen action to Break Gridlock

There is no quick fix to the challenge they pose. Choosing a new speaker will neither quell nor placate the right-wingers. They oppose not only Speaker Boehner but any leader willing to compromise with Democrats.

Nor are they hung up merely on one or two prickly issues, such as funding Planned Parenthood. The anti-government faction have immobilized Congress repeatedly – over funding the Department of Homeland Security, funding the Export-Import Bank, and raising the national debt ceiling. Twice, they have forced the shutdown of the national government, and they will try again.

It is going to take fundamental systemic reforms to dislodge this dysfunctional faction.

California and Arizona have shown the way out by taking the job of redistricting away from the state legislature and turning it over to independent citizen commissions, and last June, the U.S. Supreme Court affirmed the Arizona-California system, giving the green light to citizen-led reform elsewhere.

In 2010, Florida voters passed a referendum amending the state constitution to outlaw partisan gerrymandering. This was a victory for citizens groups like the League of Women Voters and Common Cause, who had mounted a grass roots campaign to mobilize popular support. The amendment prohibits gerrymandering that is done with the intent to favor or disfavor any political party or incumbent. This change helped to protect voting rights in Florida and ensure that everyone’s voice is heard.

But the GOP-dominated state legislature defied the voters and adopted a gerrymander in 2011 that has put into office six Republican rebels, the most from any state. Florida’s citizen reformers fought back. They took the legislature to court and in July, the Florida Supreme Court ruled that the Republican gerrymandering in 2011 was so blatantly partisan and unconstitutional that it ordered eight of Florida’s congressional districts redrawn.

In all, reformers are on the move in more than 20 states. Nine have set up systems for independent nonpartisan or bipartisan redistricting. In six more, gerrymandering is under assault in the courts, and in yet another six states, either political leaders or citizen groups have mounted efforts to vote gerrymandering out of power.

Perhaps public shock over Mr. Boehner’s downfall will give new impetus to this long overdue structural reform of our political system. Otherwise, crippling insurgencies will continue to be the new norm of American politics .

Learn More About the Issue of Gerrymandering