Washington – We have all become so inured to Donald Trump’s erratic, volcanic, beyond-the-bounds behavior that we may not have absorbed the alarming reality that in the past two weeks, the President of the United States has posed what some would term a “clear and present danger” to our nation’s bedrock institutions,  what could potentially become the most serious danger since the Civil War.

Each Trumpian episode over the past fortnight has been a shock to the body politic. Taken together, these shock waves constitute an earthquake that threatens to crack the foundations of our republic.

Think back over this scenario:

Unprecedented: Trump’s Rejection of the 2020 Election

Like an autocrat-for-life in Belarus or North Korea, the president decrees that any election that does not authenticate his own return to power is ipso facto, a fraud. Before any ballots are cast, he denies in advance the integrity and legitimacy of this year’s election, a false and unprecedented calumny that he reiterates in the first presidential debate, tartly refusing to commit himself to a peaceful transition of power if the vote goes against him and laying the ground for him to challenge an unfavorable vote-count in any battleground state. 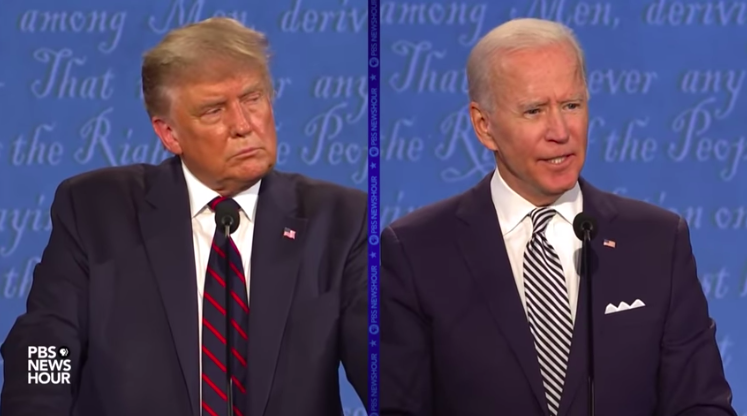 He turns the first presidential debate, in Cleveland on September 29, into a shambles and a circus, deliberately trashing that forum for voter education with a fusillade of interruptions and verbal histrionics that treat his Democratic challenger, Joe Biden, not as an equal but as an underling. When the debate commission, scrambling to recover from that disaster and to accommodate the president’s personal bout with COVID-19, sets new rules to ensure candidate safety and fairness, Trump erupts at the very idea of his participating in a virtual town hall, where his microphone might be cut off after his allotted time.

“I’m not going to waste my time on a virtual debate,” Trump sneers to Fox Business anchor Maria Bartiromo. “You sit behind a computer and do a debate, it’s ridiculous. And then they cut you off whenever they want.” After having run roughshod over former Vice President Biden 147 times at Cleveland, Trump bristles at the notion that some moderator might impose time-discipline and force him to abide by the rules.

On the fraught issue of public safety and political violence, the president abdicates his role to calm the nation. 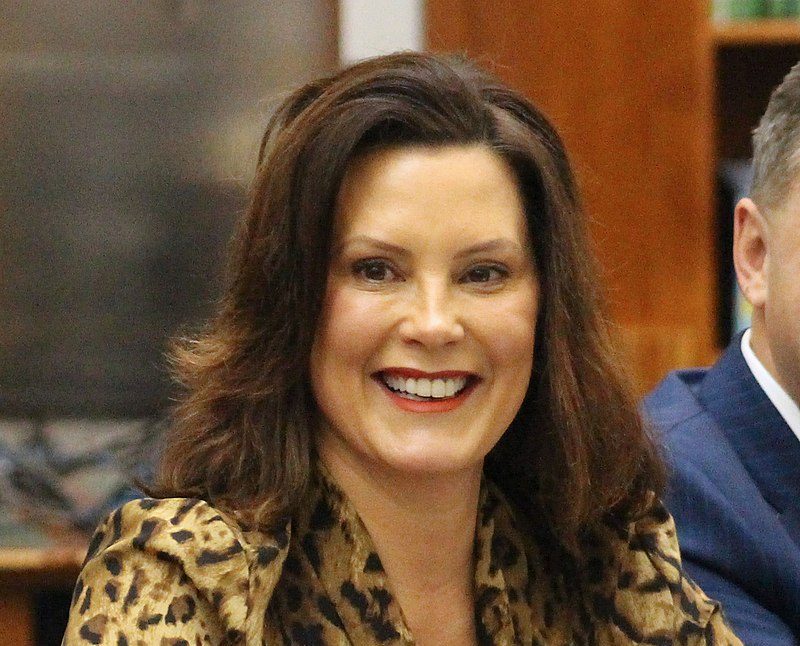 Michigan Gov. Gretchen Whitmer was the target of an armed plot revealed in October.

Although his own FBI Director Christopher Wray told Congress last month that white supremacists represent the gravest threat of domestic terrorism, President Trump refuses to curb and condemn white supremacist groups. Pressed three times by debate moderator Chris Wallace, Trump publicly tells his right-wing paramilitary rank-and-file to “stand back and stand by,” which the Proud Boys and other heavily armed extremists embrace as their leader’s call to arms, freshly emblazoned on their black and gold T-shirts.

Just nine days later, the danger from the violent right emerges for real. On October 8, the FBI announces it has uncovered an armed plot by the right-wing, anti-government  Wolverine Militia and authorities have charged 13 vigilantes with a plan to kidnap Michigan’s Democratic governor, Gretchen Whitmer, to kill some police officials and to attack the state capitol, according to the government’s criminal filings.

Another reality check for a Commander-in-Chief who proclaims law and order as his campaign mantra. Yet strangely, the surfacing of an authentic, organized rightwing paramilitary plot does not prompt President Trump to issue a new call for law and order, to caution against the danger of violence in the Super0heated chaos of the 2020 political campaign, or to remind Americans to keep their disagreements peaceful and to respect duly elected state governments.

Not surprising, perhaps, since it was Trump himself who in April had summoned civil mutiny by tweeting for his followers to “LIBERATE MICHIGAN” and two other states with Democratic governors who had imposed health restrictions to combat corona. So this month the President doubles down on the grievances of the Wolverine Militia plotters and plays to their partisan extremism by renewing his personal attacks on Governor Whitmer as a “terrible” leader whom he mocks as the corona ” lock-up queen.” In court, an FBI agent said the right-wing paramilitary group has also discussed attacking the governor of Virginia, another state where Trump had declared: “LIBERATE VIRGINIA.”

What’s more, Trump escalates his incendiary rhetoric, when from his sickbed in the White House, he launches into a two-hour rant on Fox News against his political foes, publicly hounding Attorney General William Barr to indict former President Barack Obama and Vice President Biden, for daring to investigate Russia’s brazen intrusion into the 2016 US election, invited publicly by candidate Donald Trump in July 2016, when he urged the Kremlin to steal Hillary Clinton’s emails.

Desperate for a new line of attack to wound politically ascendant  Joe Biden, Trump concocts the legal fantasy that Biden should be criminally disqualified from running because of the government’s inquiry into possible Russian links to the 2016 Trump campaign. “These people should be indicted,” Trump fulminates. “This was the greatest political crime in the history of our country, and that includes Obama and it includes Biden.” 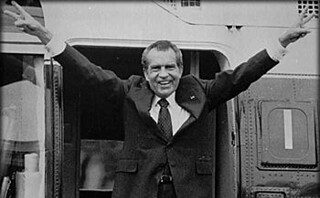 Following his resignation, Nixon boards Marine One for the last time.

Forty-six years ago, Richard Nixon was forced to resign from the presidency both because of his coverup of the illegal break-in at Democratic campaign headquarters in the Watergate complex by the covert Republican ”plumbers” crew and because of Nixon’s compilation of an “Enemies List’ and by his threats to weaponize the power of the Presidency against his political enemies.

What saved our Republic from Nixon’s nefarious plotting was the integrity and courage of Republicans in Congress, like former Senator Howard Baker of Tennessee and Rep. William Cohen of Maine, who joined Democrats in pressing to prosecute the president’s abuse of power. In the constitutional crisis of the 1970s, that generation of Republicans put country before party.

The Guard Rails of Our Republic

Not so today. Tribal partisan loyalties have polarized and hamstrung our political institutions. Once again, a president is on a reckless rampage against domestic rivals and, this time, against an election that is trending against him. President Trump puts our democratic system at risk by choosing to ignore the threat to our social fabric and the danger to our political institutions from his frenzied, heavily armed paramilitary partisans. Rather than preserve domestic tranquility by counseling restraint, the President has chosen, through silence and innuendo, to toy with inviting further mutinies.

What we have witnessed this past fortnight is stunning evidence that Donald Trump does not recognize, respect, or even reluctantly yield to any bounds of precedent, law, or Constitution. He says and does whatever he thinks he can get away with – forever testing the limits – and he is succored by pliant Republican officeholders, who have yielded their independence by tethering their own political fate to his.

The threat of right-wing violence either during or after the November 3 election has become so palpable that the U.S. has been cited as a potential violence hotspot by the International Crisis Group, which sounds alerts when it foresees the risks of deadly conflicts somewhere in the world. “We would never predict civil war,” said the group;s president, Robert Malley.”But isolated incidents ov violence could be quiite serious.”

Only the Democratic control of the House of Representatives, the independence of the American judiciary and the media, steady performance by the FBI and U.S. military,  and the refusal of a few of the President’s aides to bow to his worst instincts have restrained his relentless attempts to abuse the enormous powers of his great office and curbed the dangers of civil violence.

Fortunately, now another bulwark of democracy is emerging. Throngs of American voters, once drawn to Trump, are now appalled and repelled by Trump, by his churlish disdain for the norms, ethics, and legal restraints of our constitutional system, and dangers to our civil order, and they have begun to render the verdict that the clear and present danger posed by Donald Trump to our Republic can no longer be tolerated or endured.