What Wisconsin Tells Us for November

Washington –  Just a few months ago, the smart money in Democratic political circles was no longer betting on Wisconsin as a likely winnable state in the November election battle to unseat President Trump. But the surprising outcome of the state’s April 7 election has put Wisconsin back in play.

Wisconsin voters set off Republican alarm bells and delivered a sharp rebuff to Donald Trump by piling up a 160,000-vote majority for Democratic judicial candidate Jill Karofsky. She won a stunning upset victory against Trump’s multi-tweet-endorsed candidate for the state supreme court, incumbent Republican judge Daniel Kelly. His loss was rare – only the second time since 1967 that an incumbent supreme court judge has been beaten. 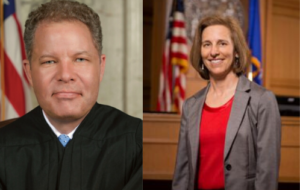 Former Republican National Committee Chair Michael Steele called the scale and sweep of the Democratic victory in Wisconsin “a clarion call” to the Republican Party and the Trump White House.

“The danger is greater for Republicans,” Steele told The New York Times, “because of what they tried to do with the Wisconsin campaign – to force the vote, to put an arm around their candidate for supreme court and then to have that wiped out handily by the Democrats…Wisconsin is now in play in a big way.”

Former Governor Scott Walker, architect of Republican dominance in Wisconsin in recent elections, discounted the significance of last week’s heavy Democratic vote for next November. Democratic turnout, Walker contended, was driven by interest in the presidential primary race between Joe Biden and Bernie Sanders, easily won by Biden. Walker predicted the spring election numbers would be swamped by a far larger turnout in November.

But a different slant about next November came from long-time Republican strategist and Walker adviser Scott Gilkes.  “I don’t think this is going to be an easy win in any way, shape or form,”  said Gilkes, who saw the Republican loss in the primary as a wake-up call. “It’s always a good warning for the Republican Party,” Gilkes told a Washington Post reporter. “It just fuels our toss-up nature.”

Democratic strategists took heart in the strong motivation of their voters who overcame what Democratic National Committee Chair Tom Perez called “voter suppression (taken) to the most dangerous level possible” by forcing voters to brave the risk of contracting the coronavirus in order to vote in person.

But probably the key take-away from the Wisconsin primary for elections now scheduled in other states was the pivotal importance of mail voting and the unexpected efficiency of the Wisconsin Democratic Party and its support groups at organizing and mobilizing a massive absentee ballot effort. 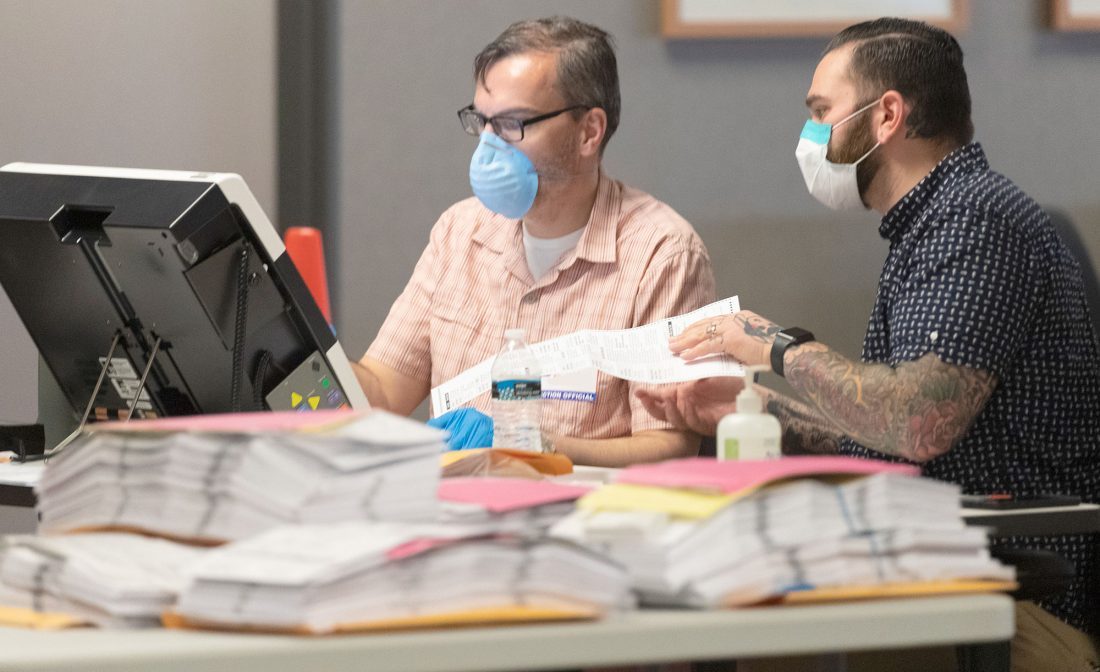 More than 70 percent of the 1.5 million votes cast in the Wisconsin election were absentee ballots – 1,125.950, according to the state election commission – well beyond anything Wisconsin had ever experienced previously. Suddenly, in-person voting was the minor part of voter turnout.

In short, this year – and maybe from now on, American elections may never be the same. The shift toward more mail voting is inevitable. It is already under way in nearly half the nation. Six states have historically conducted most or all of their voting by mail – California, Colorado, Hawaii, Oregon, Utah and Washington. Because of the coronavirus, eight more states –  Alaska, Idaho, Indiana, Montana, Nevada, New Jersey Ohio and Wyoming – have decided to conduct their 2020 primary elections entirely by mail.

Plus another ten states have announced their intention to bank heavily on mail-in voting, either by automatically sending out absentee ballots to all state voters or by allowing their voters to cite fears of the corona virus as an excuse for absentee balloting.

Lessons from  the Wisconsin Model

For those states, Wisconsin is the model – with  plusses and minuses.

On the plus side is the initiative taken by voters and political groups. In Wisconsin, as residents watched their Democratic governor and Republican-led legislature battle over when and how to hold the election, people decided not to wait for the politicians. Nearly 1.3 million Wisconsinites took the precaution of asking for absentee ballots. That generated Wisconsin’s highest-ever vote count in a Spring election. 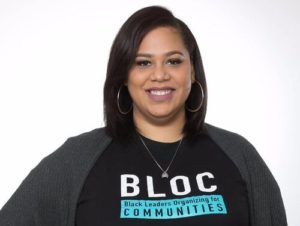 But that didn’t happen automatically. Many voters needed coaching on absentee voting. One key group was BLOC – Black Leaders Organizing for Communities. “People didn’t know that requesting an absentee ballot was an option,”  explains BLOC’s founder, Angela Lang. “We gave them a crash course in understanding the different ways to vote.”

BLOC orchestrated a major campaign to enlist black voters to try absentee voting, which is not their normal practice. BLOC reached out to with nearly 35,000 phone calls and 82,000 text messages in Milwaukee, where the black vote can swing elections.  This spring’s success in mail-voting by BLOC and others  now constitutes a dry-run for an even larger drive in November.

On the downside is the report from the state eletiton commission that 172,000 of the absentee ballots it sent out  were not returned. Thousands upon thousands of voters around Milwaukee, Appleton and Oshkosh, among other places, said they never got the absentee ballots they requested. Three bins of ballots – unsent – were found in a Milwaukee post office. More than 2,000 ballots were returned in Madison without postmarks and thus ineligible to be officially counted.

In short, the electoral and postal systems were ill-prepared for the avalanche of absentee balloting. Their snafus have not only put other states on notice to get better prepared for their mail voting, but the Wisconsin experience has also prompted calls by voting advocacy groups for Congress to appropriate $2 to $4 billion to help financially strapped states to rapidly modernize their election systems for the new era of mail voting.